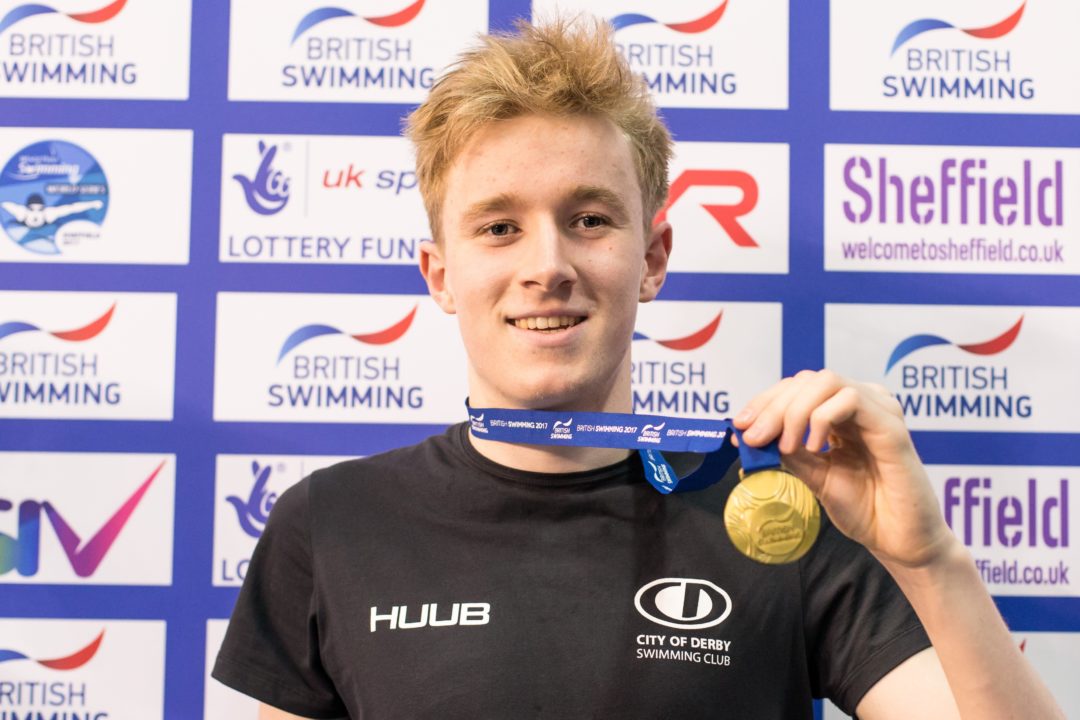 Lewis was the youngest British male to compete in any sport at the Rio Paralympic Games, winning a surprise bronze medal in the S9 400m Freestyle at 16. Archive photo via British Swimming

Rio 2016 medallist Lewis White has announced his retirement from para-swimming after a short but highly successful international career.

White, who hails from Norwich, took up swimming at the age of 10, progressing to become a star in the S9 category.

After winning a pair of silver medals at the European Para-Swimming Championships in Funchal in 2016, White’s career highlight came later that year in the Brazilian capital. Making his Paralympic debut, the then-16-year-old won a surprise bronze medal in the S9 400m Freestyle, clinching his podium place with a British record swim of 4:21.38. Lewis was the youngest British male to compete in any sport at the Rio Paralympic Games.

More known for his prowess over 100m, the event in which he won his first European medals, White added to his collection once more across the shorter distance at the 2018 Commonwealth Games on Australia’s Gold Coast, securing silver behind Paralympic champion and home favourite Timothy Disken.
Rounding out his international career at the European Para-Swimming Championships in Dublin later that year, White then broke two British records as he again struck silver in the S9 100m before repeating the feat in the 400m later in the week.

Modestly reflecting on his career and the decision to retire, White said: “I had an all right career I suppose, but it was time to call it a day – one Games was enough for me. I’ve made sure throughout my career that I could leave at any point, when the time was right and be satisfied, and I am. Thank you to everyone who made the past 14 years possible.”

“He has been a great ambassador for the programme and won medals at the very highest level, contributing to the team’s success at Rio 2016. We wish him every success in the future and hope he remains in contact with para-swimming in some capacity.”