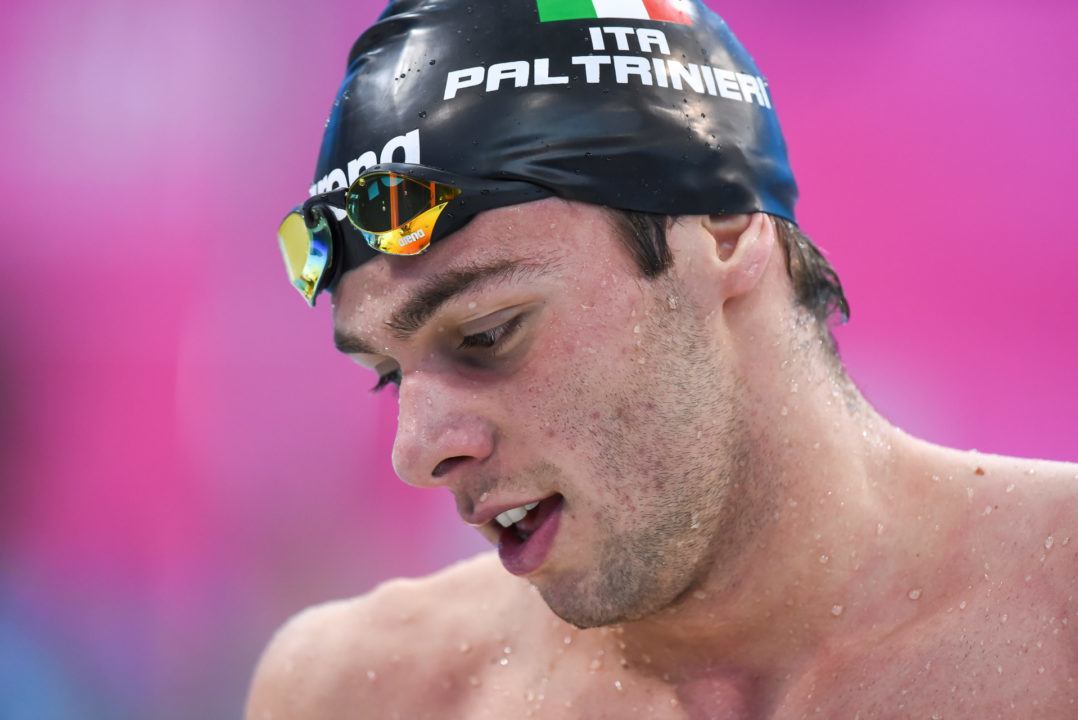 Gregorio Paltrinieri picked up his second gold medal of the meet with a new meet record in the men's 800 freestyle. Current photo via Peter Sukenik/www.petersukenik.com

After recording the 2nd fastest 1500 in history on day three in London, Italian distance phenom Gregorio Paltrinieri swam a more ordinary, yet still world class 800 to win his second gold medal of the championships. Paltrinieri clocked 7:42.33, breaking his previous championship record of 7:44.98 set two years ago in Berlin.

Unlike the 1500 where he took off over five seconds from his best time, Paltrinieri just missed his best time of 7:40.81 set at the 2015 World Championships. He remains as the 6th fastest performer in history behind Chinese swimmers Zhang Lin and Sun Yang, Australians Grant Hackett and  Ian Thorpe, and Tunisian Oussama Mellouli.

Here’s a look at Paltrinieri’s previous 800 Championship record from 2014 and his new one today:

The podium was exactly the same as it was in the 1500, with Paltrinieri’s countryman Gabriele Detti taking silver in 7:43.52, and Mykhailo Romanchuk snagging his second bronze of the meet in 7:47.99 ( a new Ukrainian record).