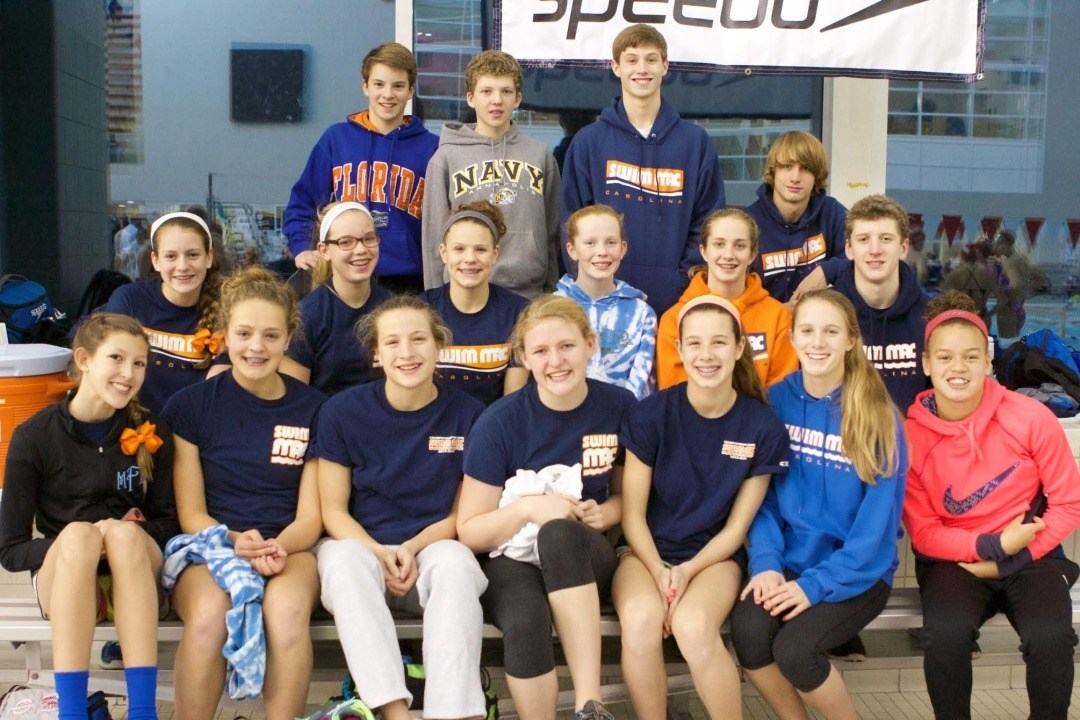 Palo Alto Stanford just edged out Ozaukee Aquatics for the title, posting 355 points to Ozaukee’s 348. The teams split the relay events absolutely even, with Palo Alto taking the 200 medley and the 400 medley, while Ozaukee took the 800 free relay and the 400 free relay. The rivalry culminated in a pulse-pounding 200 free relay which ended in a tie between the teams for first place (1:31.63).

Palo Alto’s edge came with depth in the individual events. Even though Ozaukee’s Katie Drabot dominated the meet, winning six individual events and the high point award, Palo Alto’s Grace Zhao scored multiple second, third, and championship final spots to rack up the points (including a 200 breast win in 2:09.23). Other Palo Alto standout girls included Chloe Isleta and Isabelle Henig, who swam in the championship and consolation finals of multiple events.

Palo Alto Stanford Aquatics took the men’s title as well with 502 points, almost one hundred points over second-place Nitro Swimming, who finished with 408 points. The Palo Alto team won the 200 medley, 400 medley, and 400 free relay, racking up the bulk of their points in the relay events.

Joe Molinari, Albert Gwo, Alex Liang, Benjamin Ho, and Jeremy Babinet helped lead the team with multiple championship final appearances. Babinet even took the win in the 200 breast, beating Nitro’s high point winner Sean Grieshop to the finish by over three seconds in 1:55.91. Liang took a first-place title in the 200 fly with 1:45.64.

SwimMAC North Carolina won the girls’ competition with 572 points, a landslide 120 points over second place Nashville Aquatic Club. They took the 200 medley, 200 free, 400 free, and 800 free relays, only missing the title in the 400 free relay, where they took second to Lakeside.

Alyssa Marsh, Julia Menkhaus, Christina Lappin, Erika Brown, Caroline Hauder, Jane Donahue, Lilly Higgs, and Albury Higgs, all made the championship final in at least one event, with Brown taking second in the 100 free (48.94) and third in the 200 free (1:45.32).

The Bolles School Sharks won the the boys’ competition at the East meet, scoring 357 points to second-place Upper Dublin’s 329. They grabbed the gold in the 200 medley, the 400 medley, and the 200 free relays.

Top performers included Will Davis, Ariel Spektor, Andy Song An, and Tyler Rice, who grabbed third in the 100 free in 44.22.

Great to see Bolles on top!