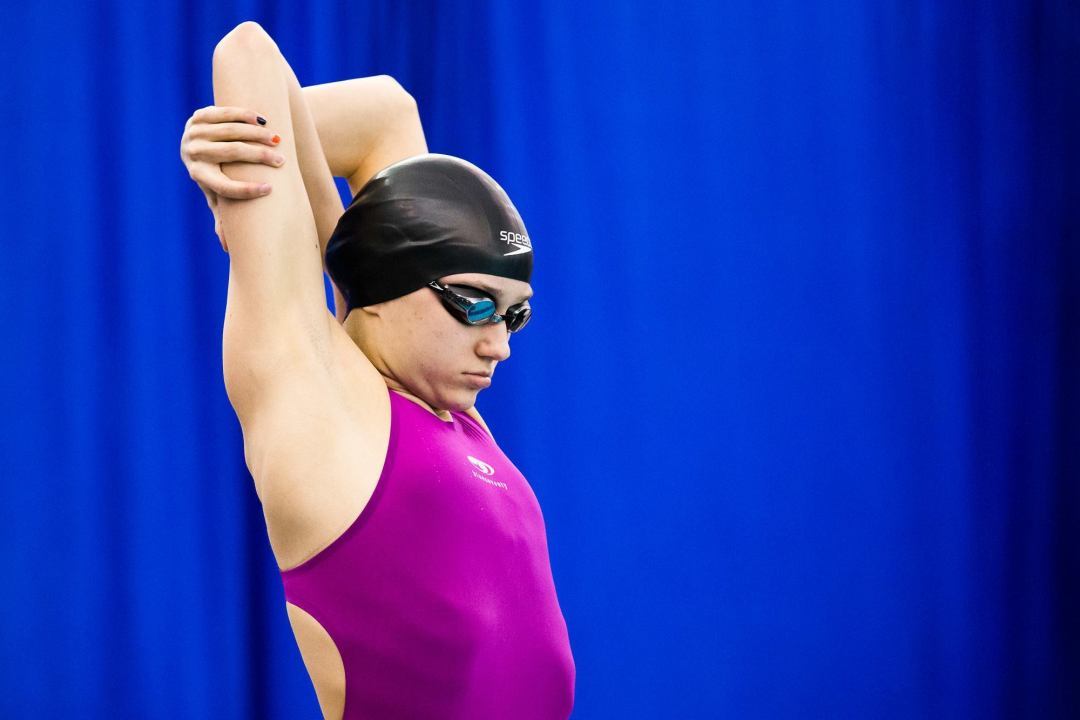 Drabot boasts almost unparalleled versatility, succeeding across the board in sprint, distance, and stroke events alike. She was #6 on our list of recruits for the 2016 season (although, after performances like these, one could argue that she deserves a higher spot), and she has verbally committed to swim for Stanford next season.

Grieshop recently aged up into the 17-18 division. He currently holds the 15-16 NAG record in the 1650 free. Last year, he was the men’s high point winner for what was an east/west combined Speedo Winter Junior Nationals meet.

Case, the 18th-ranked recruit in her class, has verbally committed to swim for the Texas Longhorns next season.

The high point competition was more contentious at the east meet on both the women’s and men’s sides. Lakeside’s Asia Seidt came in second with 72 points, followed by Gator Swim Club’s Isabel Ivey with 70 points.

Farris has verbally committed to Harvard for the upcoming college season.