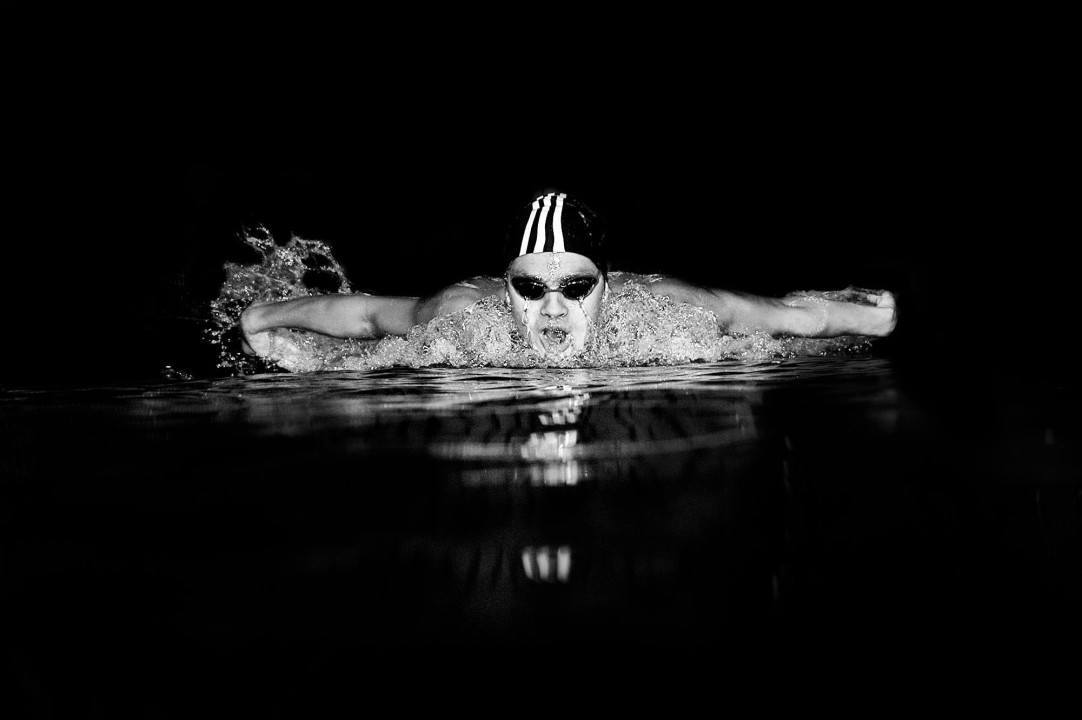 After Andrew's NAG in the 100 fly this morning, Murphy posted a 46.25 to take the record away. Not to be outdone, Andrew swam a 46.23 at West finals to take it back. Current photo via Rafael Domeyko/Domeyko Photography

It’s a battle of East vs. West in the 100 fly for the 15-16 short course yards national age group record. This morning at Speedo Winter Junior Championships- West in Austin, Michael Andrew lowered his own record from 46.36 to 46.34.

But not to be outdone, representing the East and Kingfish Aquatics, Camden Murphy answered with a 46.25 in Atlanta, the only swimmer to go under 47 at his meet. He dropped nearly a second from his swim this morning.

Andrew must have heard, and he’s not one to share his space on the national age group record lists. Just an hour later, Andrew took the record back from Murphy with a 46.23.

Murphy won the event at East Championships, while Andrew finished behind Ryan Hoffer‘s (the former NAG record holder in this event) 45.46.

Here is a split breakdown following the record over the past year: