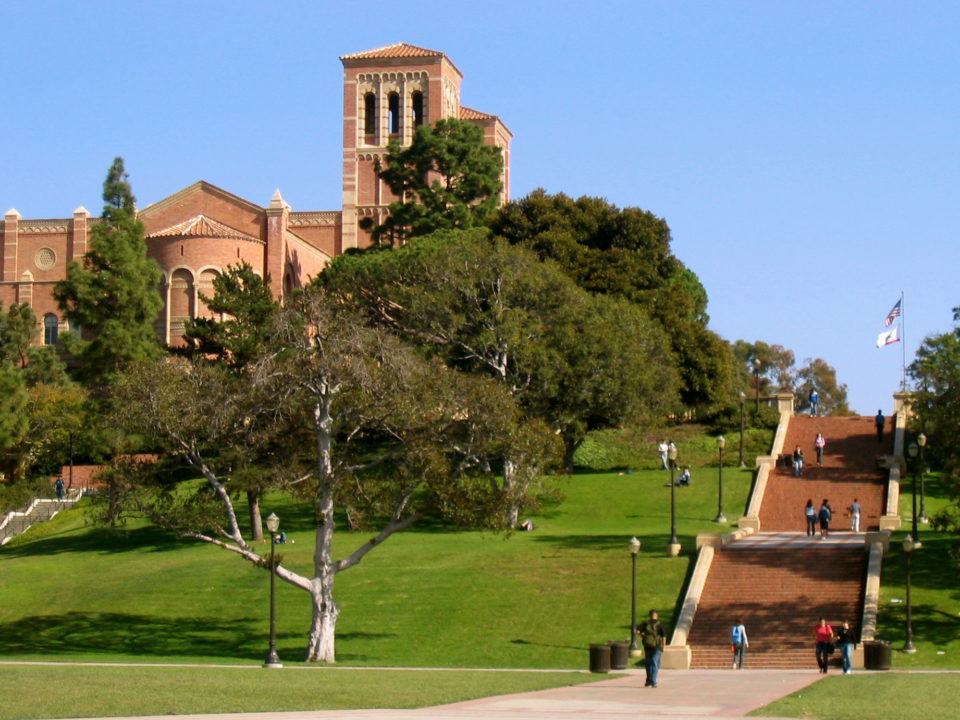 The Bears will participate in 11 events over a morning and evening session at the Fresno State Aquatics Center.

Pac-12 commissioner George Kliavkoff presented the University of California Board of Regents with a three-page letter at Thursday’s meeting arguing why they should block UCLA’s move to the Big Ten.

Kliavkoff’s plea attempted to quantify the impact of UCLA’s departure, but it wasn’t enough to convince the Board of Regents to make a final decision just yet. They reportedly delayed their verdict after three days of meetings.

Kliavkoff wrote that the financial benefits that UCLA would reap from the Big Ten’s $7.5 billion media rights deal would be offset by increased coaches salaries and travel costs. He claimed that UCLA’s travel budget, currently about $8 million annually, would nearly quadruple if all flights were chartered.

According to Kliavkoff, UCLA athletes would double their time spent in airplanes and increase by nearly half their time on buses traveling to the Central and Eastern time zones, potentially taking a toll on their bodies, their mental health, and their academic performance.

Kliavkoff added that because 70% of UCLA’s alumni live on the West Coast, road matchups in states such as Michigan, Pennsylvania, and Maryland would be tougher to attend. He also mentioned that the increased travel is antithetical to the UC system’s climate goals and works against UCLA’s commitment to “climate neutrality” by 2025.

“Any financial gains UCLA will achieve by joining the Big Ten will end up going to airline and charter companies, administrators and coaches’ salaries, and other recipients rather than providing any additional resources for student-athletes,” Kliavkoff wrote.

A source told ESPN that UCLA’s internal estimates show the school is expecting to spend about $6-10 million more per year on travel, significantly less than the potential increase of $23 million referenced in Kliavkoff’s letter. That’s a relative drop in the bucket compared to the extra $38 million in media revenue that UCLA is projected to rake in by 2027. UCLA has defended the Big Ten move as a financial lifeline that secures the future of non-revenue sports like swimming.

Board chair Richard Leib told the NYT that he expects the Regents to make up their mind by the end of the year. UCLA is slated to join the Big Ten in August of 2024. One issue the Regents are weighing is how to avoid potential litigation. If the Regents force UCLA to stay in the Pac-12, “it would be a big deal,” Leib said. “There would be a lot of people happy and a lot of people upset.”

The Regents have legitimate concerns about how UCLA’s exit — and the loss of the lucrative Los Angeles media market — could affect other UC campuses financially, especially Cal-Berkeley. The move is expected to cost Cal more than $10 million annually — likely more than 10% of the school’s annual athletic operating revenues — on top of the estimated $9.8 million lost with USC’s departure.

UCLA didn’t ask the Regents for permission to leave the Pac-12 three months ago, despite California law requiring system schools to discuss major decisions with the governing body. Fortunately for UCLA, the definition of a major decision might be up for debate, with a recent Regents clarification conveniently adding the 10% mark as the standard for “material adverse financial impact” in the context of athletics moves.

Even if the Regents do indeed possess the legal authority to block UCLA’s move, it would set a precedent that could have significant blowback.

As John Sandbrook, who was the chief of staff to former UC President Mark Yudof and a longtime UCLA assistant chancellor under Charles Young, told the LA Times in July:

“If the Regents set the precedent that any action taken under delegations of authority can be undone by the board, any loan agreement for a new campus building, the acceptance of a gift, the naming of a building — all of those matters would then be subject to question.”

UCLA, which has a women’s swimming and diving program but no men’s team, begins its season in the pool Oct. 7-8 at the Fresno State Invitational. The Bruins placed 4th at the Pac-12 Championships last season and 35th at the NCAA Championships.