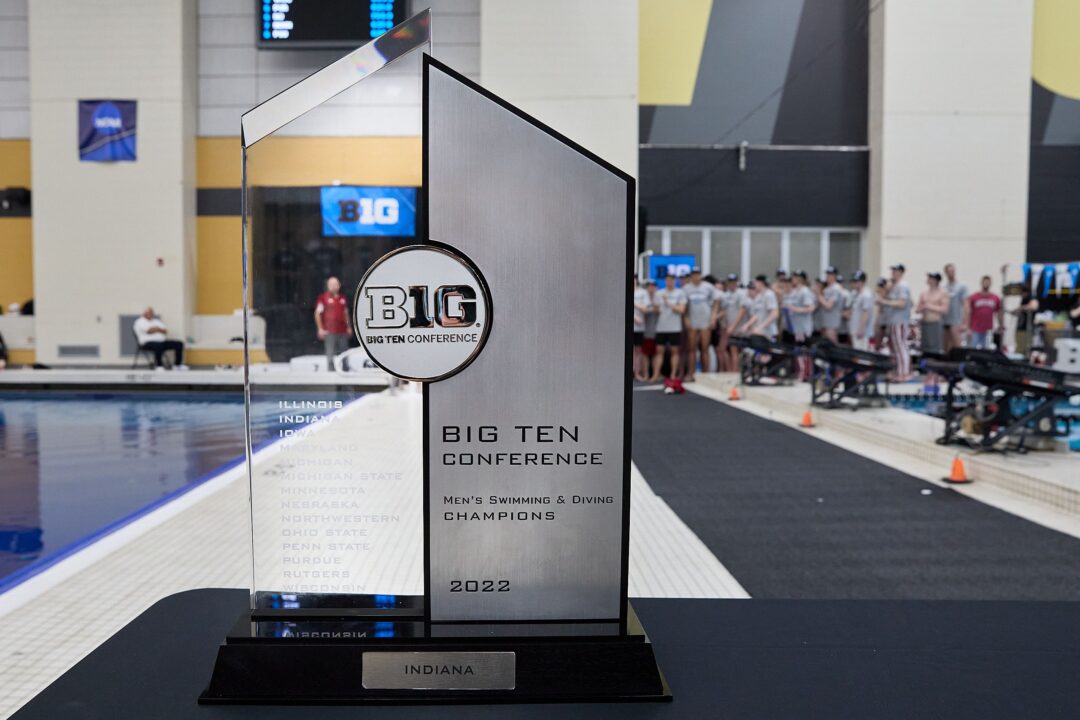 The Big Ten Network will remain the Big Ten's primary home for Olympic sports while Peacock can also air up to 40 live Olympic sport events per year. Archive photo via Mike Ringor

The Big Ten announced Thursday that it signed the most lucrative media rights deal ever for a college conference, reaching a seven-year TV agreement with Fox, CBS and NBC that averages out to more than $1.1 billion annually.

The arrangement, which includes five networks in total along with FS1 and the Big Ten Network (BTN), takes effect next July and runs through the 2029-30 season. ESPN was left out of the mix, ending its 40-year relationship with the Big Ten just before the network is set to begin a new 10-year media rights deal with the SEC worth about $7 billion.

The $8 billion deal is about three times larger than the Big Ten’s expiring agreement, which was worth about $2.6 billion over six years. It was fueled by the surging value of football broadcasting rights and boosted by the Big Ten’s recent additions of USC and UCLA.

With UC regents exploring the possibility of blocking UCLA’s move to the Big Ten, the LA Times is reporting that the conference’s massive media rights deal could also give UCLA more leverage in officially securing its exit from the Pac-12.

Member schools are projected to eventually receive $100 million annually, nearly double the $54.3 million paid out during the most recent fiscal year (2019-20) not impacted by the COVID-19 pandemic.

Now stretching from coast to coast, the Big Ten has elected to adopt the NFL’s scheduling model on football Saturdays to satisfy its growing fan base. Fox will take the noon ET slot on Saturdays, CBS will follow during the 3:30 p.m. window, and NBC will cap each week with a primetime airing later at 8 p.m. Big Ten championship games will rotate between Fox, CBS, and NBC, which has exclusively broadcast Notre Dame.

The BTN will remain the conference’s primary home for airing Olympic sports. NBC’s streaming service, Peacock, will be able to air up to 40 live events per year for Olympic sports.

“When you have multiple partners, it’s like having multiple siblings: There’s a certain amount of healthy competition,” said Big Ten commissioner Kevin Warren.

Warren, a former Minnesota Vikings executive, has been crafting the new media rights deal since he was hired in 2019. Presidents, chancellors, and athletic directors voted to approve the agreement last Friday.

“I think all of these open issues have to be put on the table to discuss legitimately,” he said.

One interesting wrinkle in the deal is NBC committing a $100,000 advertising budget to each conference school with the goal of promoting their academic missions.

Bring back Men’s Swimming and Diving at IOWA!

No more excuses MSU! Bring back the Swim & Dive program!

Anyone still questioning why USC and UCLA decided to bolt the Pac-12? Even if Gov Newsom and the UC Regents want to keep UCLA as an indentured servant in the Pac-12, Plan B is the original Plan A: USC and Stanford to the BIG.