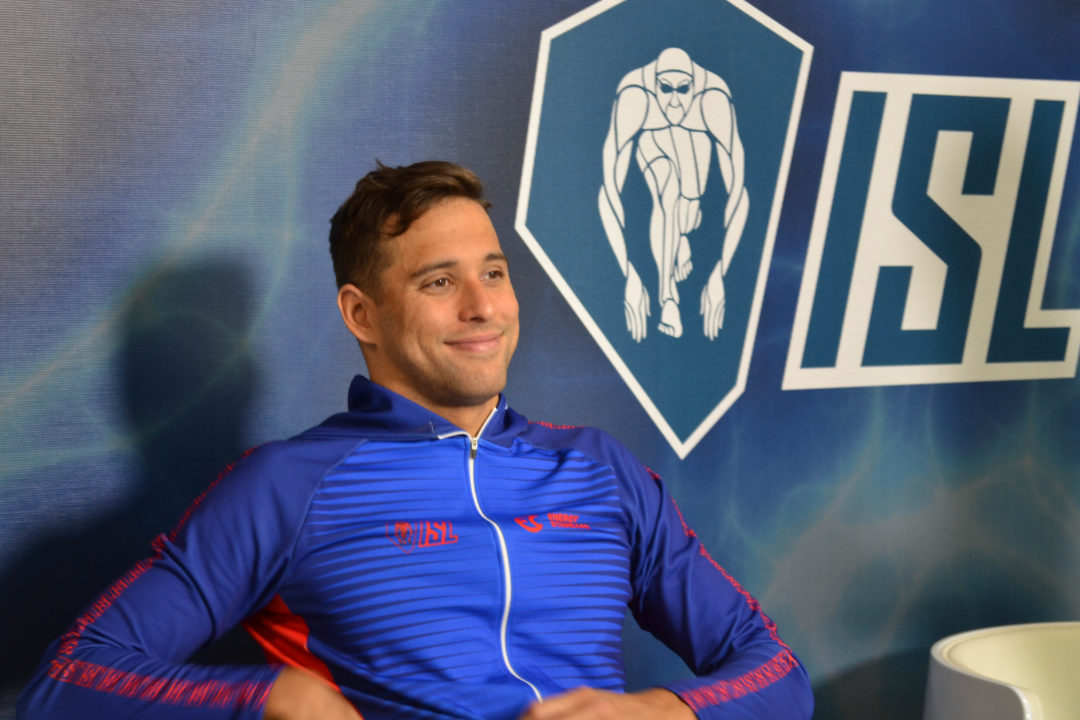 We reported in May how 28-year-old Olympic champion Chad Le Clos underwent two surgeries, rendering him out of the pool for several weeks.

While competing at the 2019 FINA World Aquatic Championships, Le Clos revealed he was suffering from a groin hernia and spoke about having surgery to address the condition post-Gwangju.

However, now according to Team South Africa, the free and fly specialist had been suffering from varicocele, as well as from a gangrene infection.

The Mayo Clinic details varicocele as an enlargement of the veins within the loose bag of skin that holds your testicles (scrotum). A varicocele is similar to a varicose vein you might see in your leg. Varicoceles are a common cause of low sperm production and decreased sperm quality, which can cause infertility.

“I’ve been having abdominal pain for as long as I know….I went to a urologist about two years ago and he basically said if I don’t have the (varicocele) surgery, I won’t be able to have children,” Le Clos said.

“He told me not to stress and gave me a time frame to do it. I’ve been putting the surgery off for 18 months.”

Le Clos then also found out he had a gangrene infection. Gangrene refers to the death of body tissue due to either a lack of blood flow or a serious bacterial infection. Gangrene commonly affects the extremities, including your toes, fingers and limbs, but it can also occur in your muscles and internal organs.

Your chances of developing gangrene are higher if you have an underlying condition that can damage your blood vessels and affect blood flow. (Mayo Clinic)

“My doctor told me if I hadn’t taken the (gangrene) out, it would’ve exploded and I would’ve been out for 5 months. So it was actually a blessing in disguise.”

While out of the water anyway due to the lockdown, Le Clos said he decided to tackle both conditions simultaneously. “It all happened pretty quickly. I had two surgeons doing both operations in one sitting.”

Now recovering, Le Clos is looking to get back to Turkey where he’ll join other Energy Standard teammates in their quest for gold at next year’s Olympic Games. The South African government is still discouraging overseas travel for non-essential people, but regulations are loosening on a periodic basis.

Ouch! Hope he has a speedy recovery!

Best wishes to a fantastic competitor. Get well soon, Chad. He competes with a lot of guts, taking out his races fast. Bold and exciting to watch. Looking forward to his return!