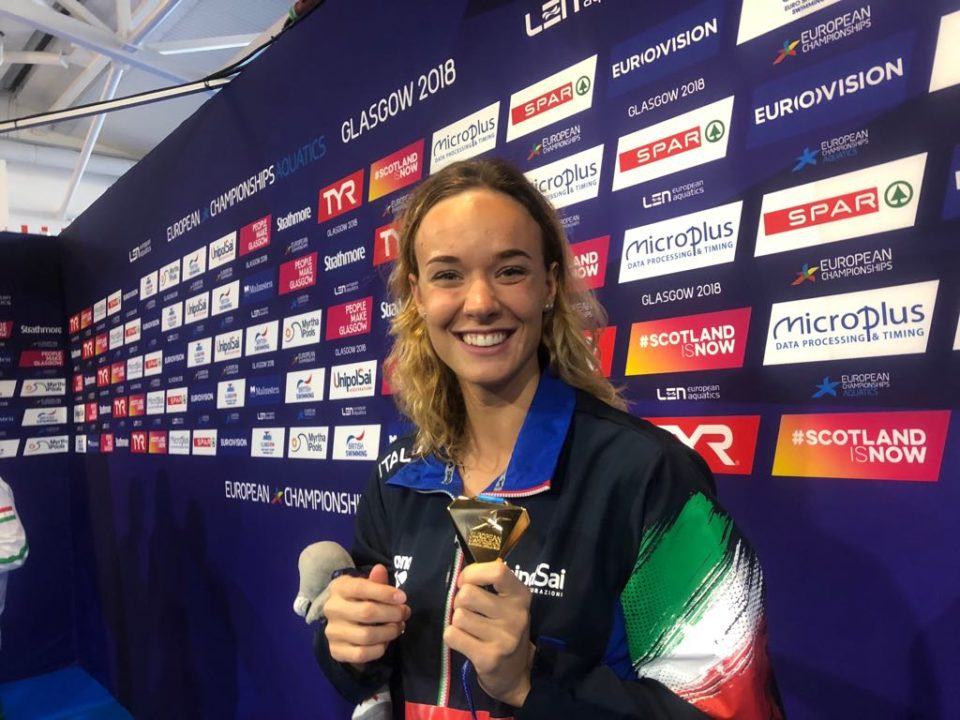 The ISL Team Aqua Centurions' roster continues to grow as Italian National Record holder Margherita Panziera has been announced as joining the squad for its inaugural season. Archive photo via Giusy Cisale

The ISL Team Aqua Centurions‘ roster continues to grow as Italian National Record holder Margherita Panziera has been announced as joining the squad for its inaugural season.

Most recently at the 2019 Italian National Championships, Panziera blasted new Italian National Records in both the 100m and 200m distances, clocking 58.92 and 2:05.72, respectively. With her performances, Panziera became the first Italian woman ever to dip under the 1:00 threshold and 2:06 threshold in each event.

For her efforts, Panziera holds the top spot in the season’s world rankings in the 200m back, while her 100m back outing places her 4th in the world. The Italian is a huge asset to the Aqua Centurions team both for these individual events, as well as for the star’s relay capabilities.