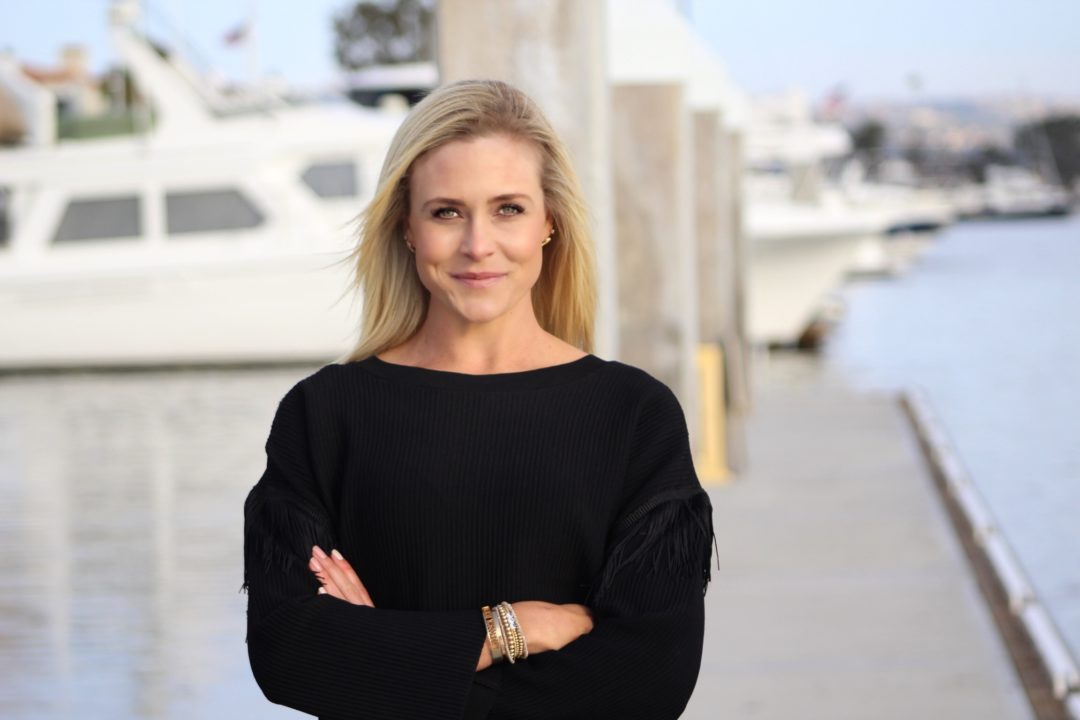 Iconic Olympic Gold Medalist Kaitlin Sandeno captured the world’s hearts as a teenager for Team USA when she burst onto the scene in 2000. After collecting a total of four medals over two Olympics, Sandeno retired in 2008 to a hosting and broadcasting career that has taken her as far and wide out of the pool, as did while she was competing. Says Sandeno, “I am honestly so grateful for all the incredible opportunities and positions I have been able to take on. All the hard work in the pool has translated to a work ethic I am proud of out of the pool.”

This journey has culminated in this week’s release of Sandeno’s memoir, ​Golden Glow. Out now, worldwide via ​Rowman & Littlefield​, Sandeno co-authored the book with ​Dan D’Addona​. Says Dan, “Kaitlin and I are extremely proud of the work we put in to tell her inspiring story. I am so excited that we finally get to share ​Golden Glow ​ with everyone throughout the world.”

To celebrate, Sandeno has autograph signings set up for her hometown Barnes & Noble in Orange County, at Ann Arbor’s Literati Bookstore where Sandeno trained in the later years of her career, as well as at USA Swimming’s Nationals this Summer, where she’ll also be hosting Taper Time ​ for USA Swimming.

Says Sandeno, “This year has been the definition of a whirlwind between signing athletes to D.C. Trident, in addition to the plethora of hosting and broadcasting opportunities I have been afforded. I’m excited to be bringing ​Golden Glow ​ on the road, with more signings to come, so stay tuned!”

Misleading Title before you realize it’s the title of book.

Agreed, I truly thought she was announcing a pregnancy.