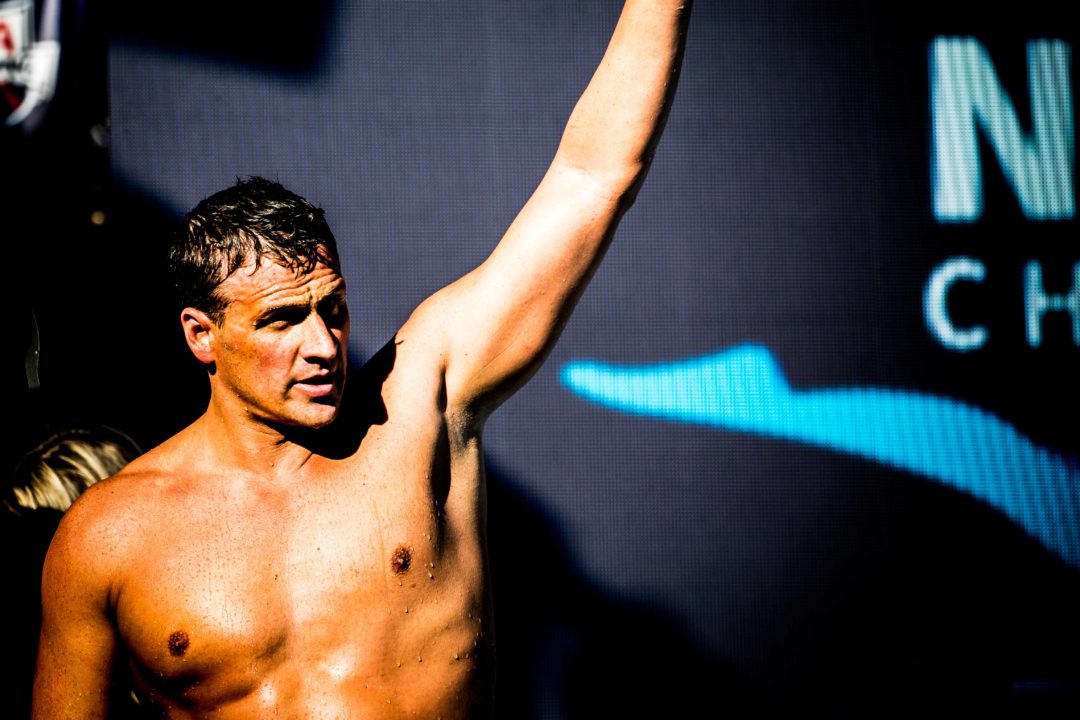 We all experience it at one point or another in training and competition. Here’s how to be mentally prepared to conquer discomfort.

Olympic gold medalist Ryan Lochte is finishing his preparations for this weekend’s US Open Championships (he’ll be at the Sarasota site), and showed off on Tuesday with a 23.37 underwater 50 dolphin kick from a push.

While we’ve seen faster underwater 50 meter kicks (like this one from Mitchell Whyte), from a push this is a very fast time. By comparison, at a meet in 2015, when Lochte was 5 years younger and closer to the prime of his swimming career, he underwater-kicked just 23.49 at a Sectionals meet in the 50 free.

Lochte did the kick mostly on his back. He’s said before that he feels like he kicks faster underwater on his back – which was the impetus for the “Lochte rule” that prevents swimmers from kicking on their backs on the freestyle leg of an IM race.

Lochte is entered in 5 races for the Sarasota meet of the US Open: the 200 IM, 200 free, 100 back, 200 back, and 100 free. His coach Gregg Troy is notorious for over-entering swimmers and then scratching their way back to a planned schedule, so we don’t know for sure what races he’ll swim.

Lochte is working on a comeback from a 14-month suspension caused by an anti-doping rules violation. In his first meet back, the US National Championships last summer, he swam a 1:57.88 in a time trial followed by a 1:57.76 in the actual 200 IM event. Those were his best times since the 2016 Olympic Games by over a second and ranked him 12th in the world.

Lochte has 12 Olympic medals, including 6 of which are gold, and is the current World Record holder in the 200 IM.

he’s amazing. I would also like to take this as an opportunity to point out that the lochte rule is really dumb.

lol I thought you said” I’d also like to point out that Lochte is really dumb.

Yeah for some reason fina thinks that being on your back = backstroke, which is beyond me. By that logic dolphin kicks should also not be allowed during the freestyle leg of the IM, but hey, I’m not in charge so who cares what I think.

Yea, and it’s fine to do dolphin kicks in breaststroke races as long as you make a log of bubbles.

Love it
Lochte could easily be 21 in a suit and from a dive.
Based of ISL showings the 200IM is maybe the most open event in the world now, no one is splitting quicker from to 50m-65m thats for sure.

It seems like Seto and Hagino are the favorites.

Seto has been suspended for 12 months
Is that correct?

No. Just for the rest of this year. And in case people get the wrong idea it is for infidelity which is an ethics violation.

Don’t know what effect it will have on him training wise. He was almost a lock for the 4IM in Tokyo and a very strong favourite for 2IM.

isnt it more of a self-imposed / NGB mutual decision to not race for this season. there is no binding agreement with this in regards to FINA unless he competes domestically which his NGB would prevent.

Thanks for the clarification guys.
I knew it was a ethics issue.

None of the three Gwangju 200 IM medalists (Seto, Desplanches, Kalisz) are at ISL. Neither are Shun, Larkin and young swimmers like Foster.

This dude is so fast in a brief. I just remember all those Grand Prix meets where he’d A final and maybe even get top 3 wearing his bright pink brief lol.

He’s just faster in general, especially in his prime

He is 5hst great he’s a leo

that ‘d is a did not a would. he did win grand prix races in his brief back in the day