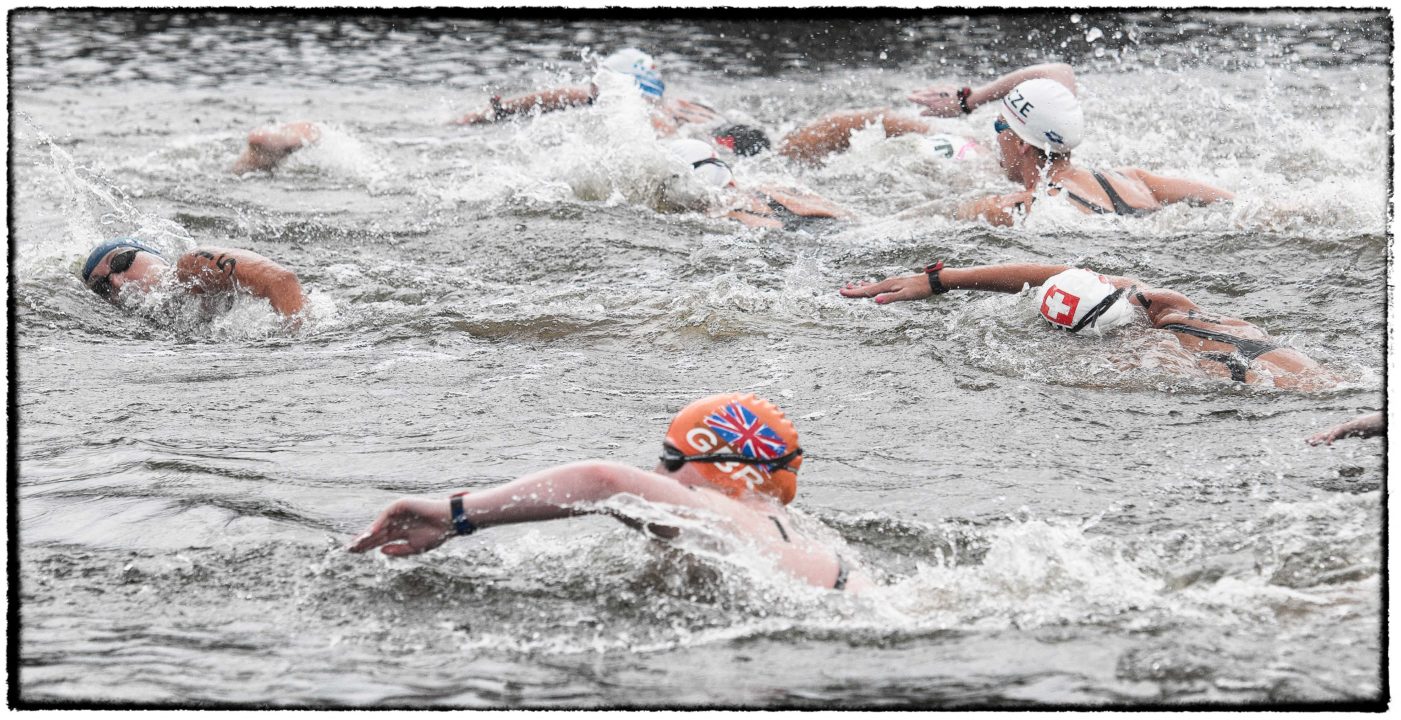 With less than 24 hours to go until the start of the women’s 10K marathon open water swim there is...

With less than 24 hours to go until the start of the women’s 10K marathon open water swim there is undoubtedly a lot of excitement in the air.   For most of the athletes they’ve been waiting nearly two weeks since the spectacle of the opening ceremonies to take their place on the Olympic stage.    Certainly they’ve been inspired by the great performances in the pool – in fact, some, had good success in the London Aquatic Centre (e.g., Ous Mellouli captured the bronze in the 1500 and Team GB’s Daniel Fogg was also in that final too).

So here’s what you need to know going into tomorrow’s women’s race:

It’s going to be a super fast race.   I doubt there will be any of the cat and mouse pacing that is a part of some races.   Athletes are going to walk out on the starting pontoon and literally be surrounded by cheering fans.   Staying cool and collected is going to be their challenge.   When the gun fires they’re likely to hit it hard as they make their way to the first two buoys.

It’s going to be tight.   This course is on the smaller side of the spectrum – each lap 1.67 km – and the athletes will likely be more bunched up as they negotiate their way around the course.   For those who breathe to the left, they’ll have a good view of the cheering crowd for nearly the entire race.   The athletes will be tightly bunch and as they are going to have to keep cool heads to avoid illegal contact and to reserve their energy and avoid getting yellow and red cards.

The feeding strategies will be interesting and may be the final determinant in these races.   Swimmers will swim 6 laps and pass the feeding pontoon each go-around – which is almost directly opposite the start.   Knowing when to feed and when to swim past the station can be the ‘big play’ to watch during these races.   Keep an eye on the excitement as the athletes move through the station with feeding sticks dangling over the water – it’s like a pit stop in auto racing but with a lot more chaos.

If things go as the pundits predict and Kari Anne Payne wins tomorrow watch the party roll on.  It’s going to be nuts along the banks of the Serpentine.    As we’ve seen throughout these Olympics, the Brits are great fans of sport and when their team wins it’s party time.    I suspect the officials will have to keep close tabs on exuberant fans who may want to jump in and take a victory lap.

Will you watch it live?   You can see it on NBC’s Olympic site (US Cable subscribers) or the BBC (if you have the right DNS internet settings)

Join in during the race on twitter @mike2swim #SwimLympics or jump in a Google hangout:  G+ = mike2swim

I hope Haley can somehow get on the podium