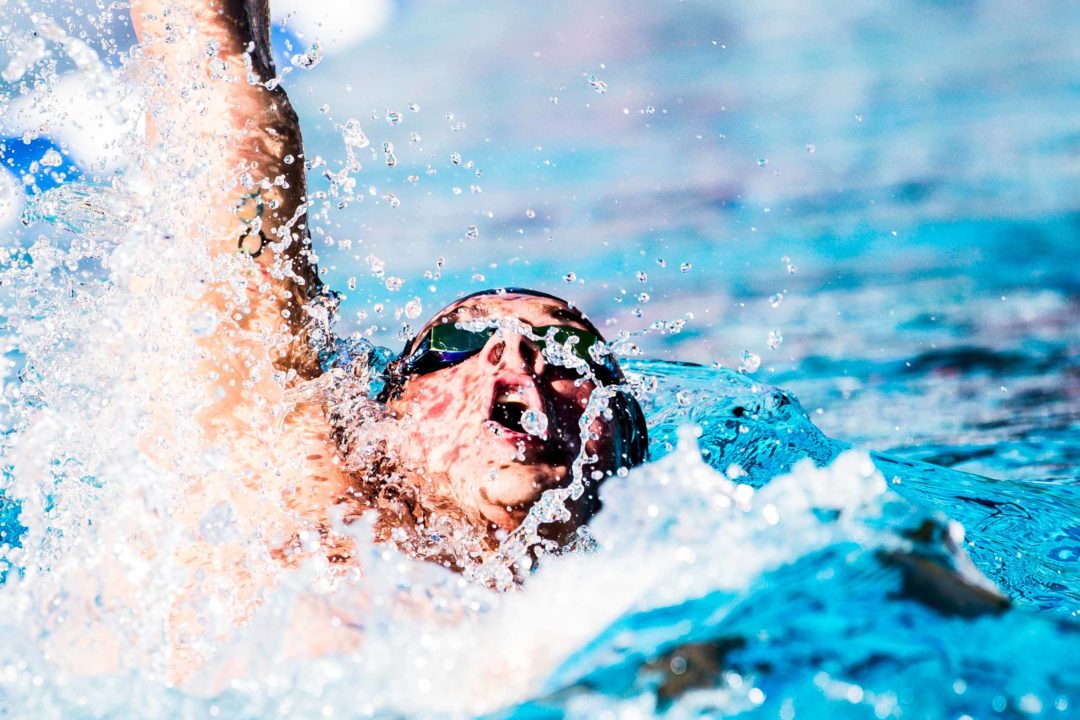 Olympians Ryan Lochte and Jack Conger, along with NAG record holders like Claire Curzan, are among the names entered for the Richmond PSS next weekend. Archive photo via Jack Spitser/Spitser Photography

USA Swimming has posted psych sheets for the Richmond site of this year’s Pro Series, giving us a fuller picture of who all we be competing this weekend, after we got a peek yesterday for the psych sheets for the simultaneous event in San Antonio. There was supposed to be another site in Irvine, but that was canceled due to an extension of California’s regional stay-at-home orders.

With college teams focusing on college competition (UVA and Virginia Tech are scheduled to have a dual meet Saturday, just an hour away from this site), the entries are largely split between veteran national teamers and some of the up-and-coming stars of USA Swimming.

Headlining the age groups entries is 16 year-old Claire Curzan of the TAC Titans. Curzan was on a tear all of last year, setting several national age group records, and throwing down a 56.61 in the 100 fly, moving to #3 all-time among American women. She’s the top seed in that event next weekend, along with the 100 and 200 backstrokes, and she’s also entered in the 50 and 100 freestyles.

Are the meet results combined or separate?

Unclear what’s going to actually happen with results, but with no prize money…it kind of doesn’t matter.

We’ll probably cover as separate meets and then produce a combined top 8 every night.

What difference does it make? No prize money, so?

Wish we could see Heilman there!