Olympian Tom Jager Out as Head Coach at Washington State 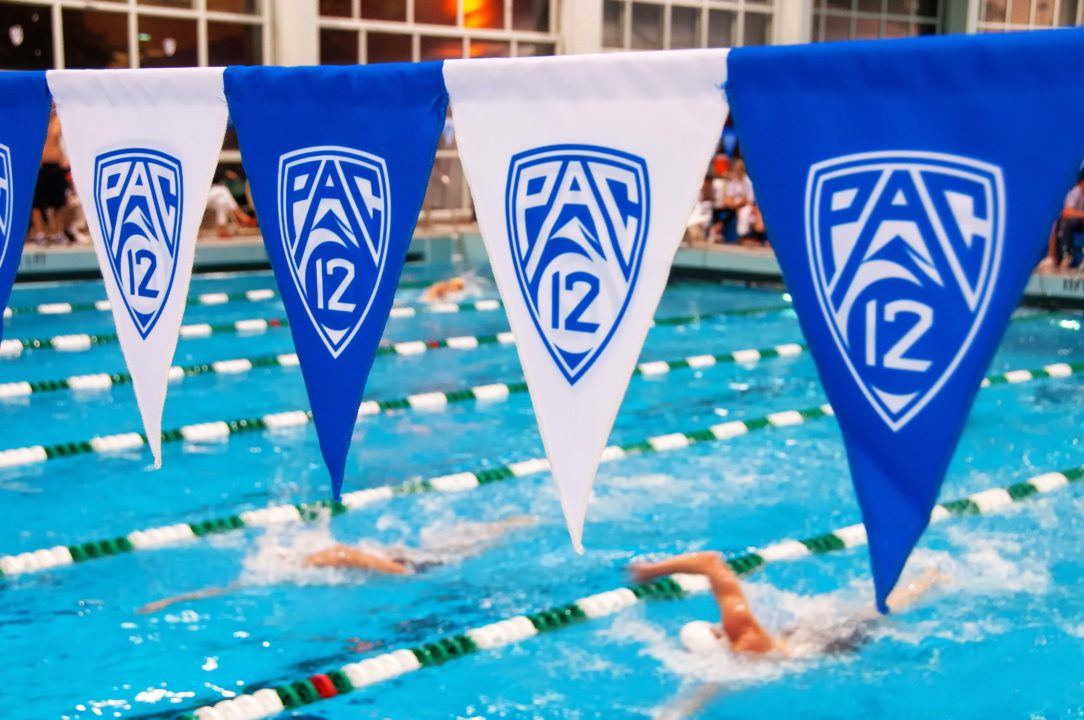 “We thank Tom, appreciate his years of service to Washington State University and wish him great success in his future endeavors,” said Chun.

The school said that it will immediately begin a search for the next head coach of its women’s-only team. Jager’s wife, Becky – who served as his assistant coach for the last three years – is presumably out as well.

Jager, one of the most decorated US Olympians of all-time, was hired before the 2011-2012 season. He coached the team to 32 dual meet victories in his seven seasons, and his swimmers garnered Pac-12 All-Academic honors 67 times. The team finished 8th of 9 teams at the women’s 2018 Pac-12 Championships, and never finished above 7th place in the conference under Jager.

Jager, a UCLA alum, was in 2016 named to the Pac-12 Men’s Swimming Olympic Sports All-Century Team for his own swimming success.

Before joining WSU, Jager restarted the University of Idaho’s program that had been on-the-outs for 20 years. Though that team never had immense success in the pool, but during his tenure, it grew a great academic and community-service reputation. Jager has also served administrative roles in USA Swimming (including as a part of the National Steering Committee), and as a US National Team Captain.

As a swimmer, he earned seven Olympic medals (five of which were gold), and six-times broke the 50 free world record. The latter of those records (21.81) stood for over 10 years. As a true sprinter, Jager was possibly the world’s first superstar 50 freestyler, as he won the first two World Championships (1986 and 1991) ever held in the race.

My older son had the privilege of training with Tom and Becky a few summers. His experience was literally life-changing. They’re great mentors. Our swimming community is diminished by their absence. Hopefully it will be a short one …..

I’ve know Tom and his family for something around 40 years. He comes from a great family and has a very good knowledge of the sport and coaching. Simply because he is an Olympian doesn’t mean he can’t coach. As well, too many suggest that he was only hired for his Olympic credentials. That is the easy way to justify this change. This could be another case where an AD with unreasonable goals and without any knowledge of the sport, is trying to make his mark and perhaps selling the idea that they can be among the leaders in the conference. With 15 years at Ohio State, he might think that being in the top 3 in the PAC 12… Read more »

Sad for Tom.
He gave a great interview on our podcast a while back: https://rittersp.com/podcast/training-at-90-doesnt-get-you-to-100-tom-jager

AD at Washington State, got rid of a long time successful coach at his last school (Steve Eckelkamp at Florida Atlantic). He is new to Wazzu – starting early with making changes.

Maybe they should just drop the program like University of Washington did.

Except Washington was 12th for the women, and 16th for the men at NCAA’s before they were cut- with no diving team.

The WSU athletic director wants to make a change, but there’s a 500 point gap to get even to 6th.

If you look at the point rankings, you see there are 3 tiers.

There’s Cal and Stanford on the top tier, then USC, UCLA and the Arizona schools close together on the second tier. Then Utah, WSU, and Oregon State on the bottom, 400-500 points behind.

UCLA and Utah have diving team, they get more points, WSU no diving team that why we get less point. tom and becky great personality. they are like family, very sad ! will be dear miss

Wishing for a program to be dropped… a true friend of the sport.

You’re right, it’s not good to wish for a program to be dropped. I hope the WSU AD realizes what it’s like for their swimmers to compete against the extremely talented teams of the Pac-12.

2
0
Reply
By the Numbers

It will be interesting to see who they get to come in. Tom had great name recognition along with a tremendous personality. Hard to find a nicer guy. But, his salary was only $106,321, which isn’t a number that’s going to bring in a whole lot of talented coaches.

$106k would bring in a lot of talented coaches, just AD’s won’t take chance on them since they are unproven with D1 schools.

The cost of living is fairly inexpensive in Pullman, WA, too. $106k can go a lot further there than in other places.

Schooling fans will be clamoring to have the 2 fly dropped as an Olympic event in favor of a postal event featuring 100 fly practice swims.

I heard Schooling trained for a 2 fly in practice. Wait

“As a swimmer, he earned seven Olympic gold medals (five of which were gold)…..”

A great swimmer doesn’t make for a great coach. Many of great coaches were not great athletes! Just saying

I don’t know if it’s fair to classify him as not being a good coach. If I recall correctly, he had some very good seasons, (one was 8-2). Not to mention he really pushed academics, which is after all why these kids are there to begin with right? To be fair, if you are in a conference with Stanford, CAL, USC, etc. and have no diving, I don’t think that program has the ability to finish higher than 7th in the PAC 12 regardless of the coach. But then again, the old saying still applies I guess…Good Swim, Good Swimmer. Bad Swim, Bad Coach.

I’m confused what does that saying mean

I think they were commenting on the fact that somehow only five of the seven gold medals were gold.

Something to do with the metric system no doubt…