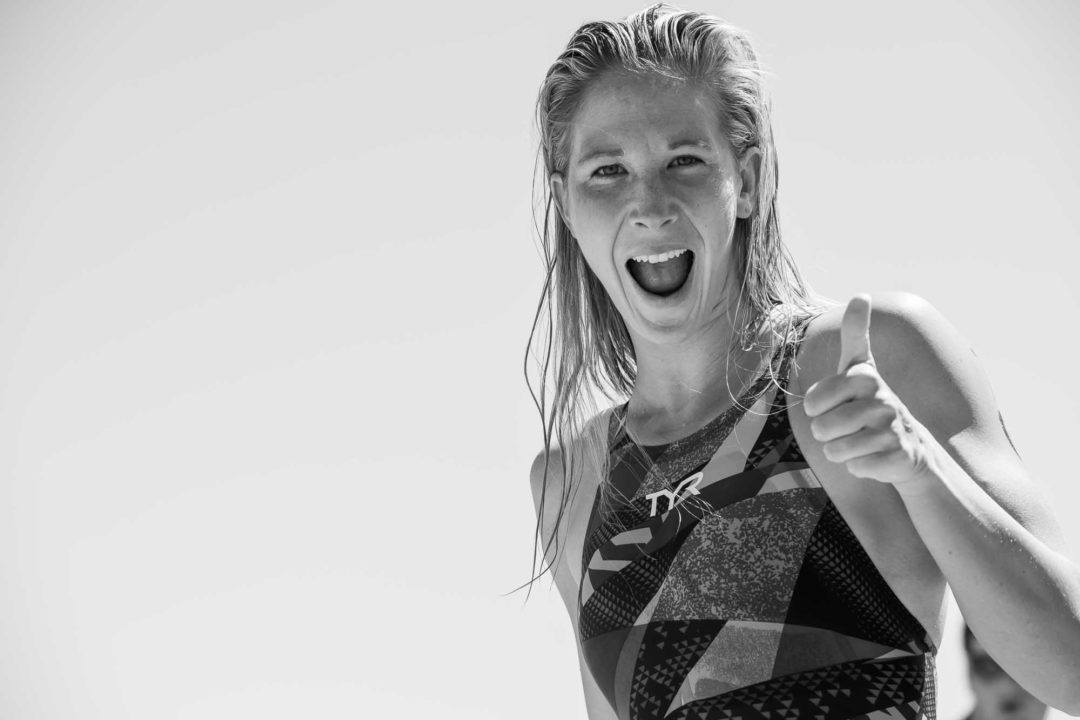 American Olympian Ashley Twichell and her husband Derek Wall are expecting their first child, she announced on Instagram on Tuesday.

“Extra thankful this year,” Twichell wrote. “Very grateful and very excited for this next chapter.”

Twichell and Wall married in 2015 and reside in North Carolina.

A veteran open water swimmer for the United States, Twichell placed seventh in the 10k at last summer’s Olympics. In the lead-up to Tokyo, she said that she expected to retire after the Games. At 32, Twichell was the oldest American first-time Olympic swimmer since 1908.

Twichell is also a multi-time World Championships medalist in open water. She was the 2017 world champion in the 5K and also has an individual bronze medal in the event from 2011. She has an additional gold, silver and bronze medal from team events.

Twichell was also the 2016 world silver medalist in the short course 800-meter freestyle and had a shot at making the Tokyo Games in the 1500 free, although she finished fifth in the event at Olympic Trials.