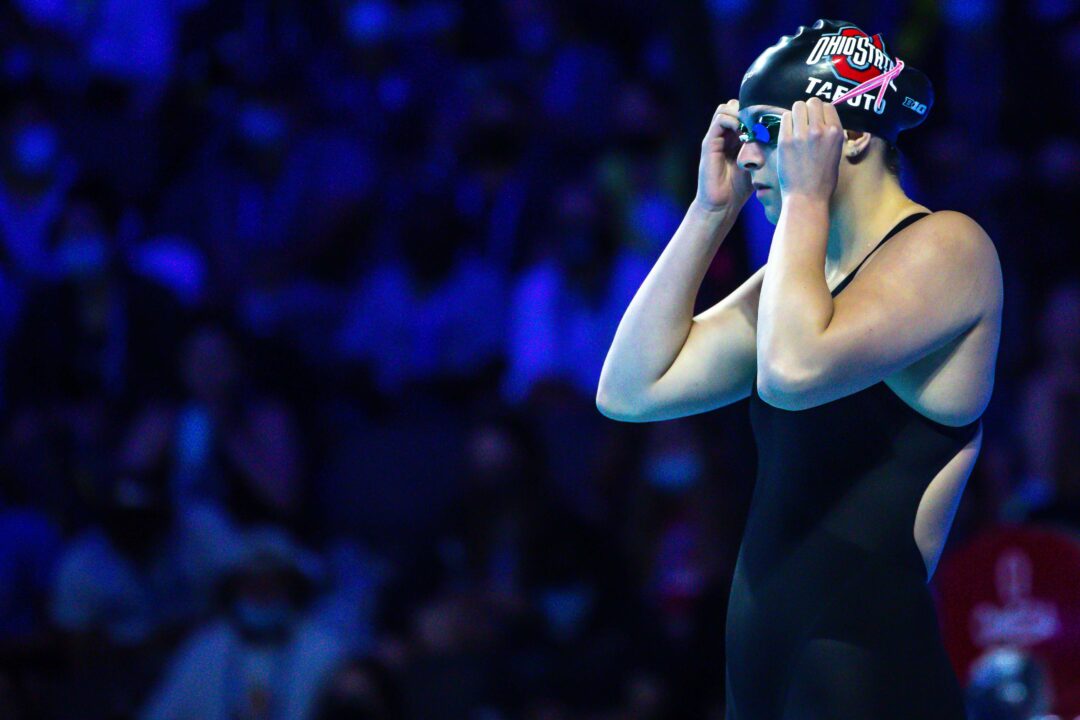 The Buckeyes will honor nine program seniors on Friday in the meet against Michigan on Friday. Saturday will be a men's-only meet against Cleveland State. Archive photo via Jack Spitser/Spitser Photography

COLUMBUS, Ohio – The Ohio State swimming and diving program returns to McCorkle Aquatic Pavilion this weekend, hosting Michigan on Friday at 3 p.m. and Cleveland State in a men’s meet on Saturday at noon.

Both meets will be streamed on B1G+ (subscription required). Admission to home swimming and diving meets is free.

The Buckeyes competed at the Tim Welsh Classic last weekend. The men defeated Notre Dame and the women finished third in the program’s first meet since November. Hunter Armstrong and Alex Quach led the Buckeyes with five event wins on the weekend. Both were members of the 200, 400 and 800 freestyle relay wins while Quach swept the butterfly events and Hunter Armstrong won the 100 freestyle and backstroke.

Prior to the start of the meet on Friday, the Buckeyes will honor Brynna Wolfe, Emily Crane, Amanda Palutsis and Sally Tafuto from the women’s team and RJ Kominski, North Hansen, Lain Weaver, Hudson McDaniel and Sem Andreis from the men’s team as a part of the Senior Day celebrations. In the group’s time as Buckeyes, the women’s squad has earned two straight Big Ten titles, including their first conference championship since 1986. At NCAA Championships, the men have broken into the top 10 finishers and in 2021 earned their best back-to-back finishes at the national championship meet in 58 years with a seventh-place finish. The women also earned their best finish in program history last season with a seventh-place result.

Hunter Armstrong, Jacob Fielding, Josie Panitz and Alex Quach each earned weekly accolades from the Big Ten following their performance at the Tim Welsh Classic. Both Armstrong and Panitz earned their first weekly conference honors, garnering the Swimmer of the Week award. Fielding earned the sixth award for his career as the Men’s Diver of the Week following wins on both the 1 and 3-meter boards last weekend. Quach was named the Freshman of the Week for the third time this season.