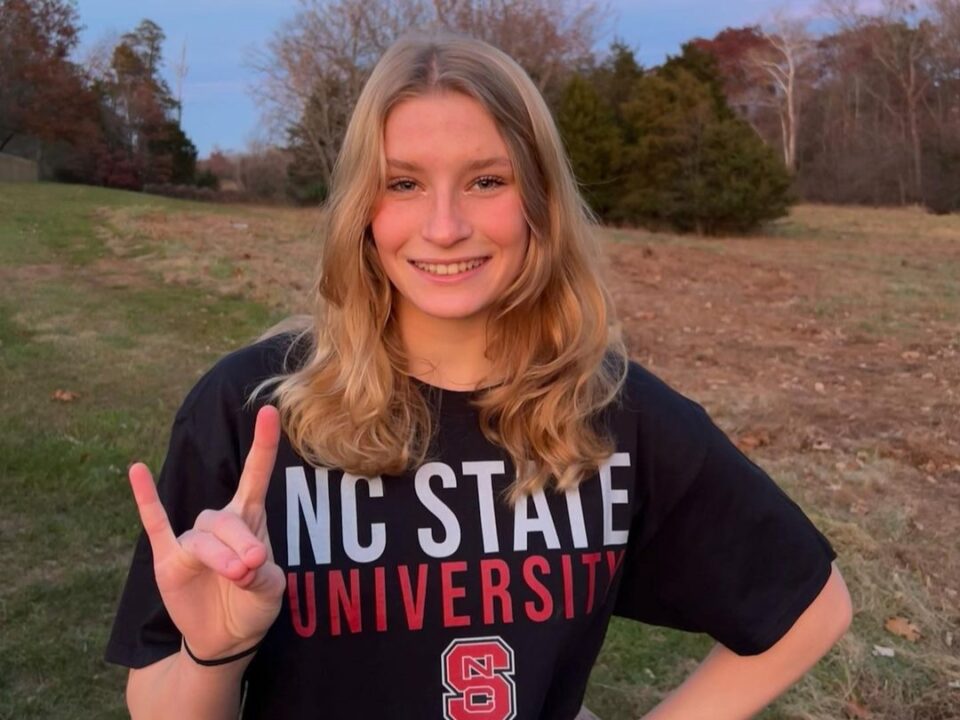 One of the top swimmers in the state of Virginia, Sienna Golembiewski has announced that she will be making the short drive south in the fall of 2023, committing to swim at North Carolina State University. Golembiewski is currently in her junior year at Patriot High School and does her club swimming with Occoquan Swimming Inc.

“So proud and excited to announce my verbal commitment to further my academic and athletic career at NC State University!! I would like to thank my family, coaches, and friends for supporting me and helping me become the person I am today! I can’t wait for the next 4! Go pack!! 🐺❤️”

In her two VHSL Class 6 State Championships, Golembiewski has finished in the top-10 of all four of her events. In Virginia, Class 6 is the top of the pyramid and feature’s the state’s largest high schools.

Golembiewski is extremely versatile, with the ability to contribute to NC State in numerous events. While the Wolfpack is extremely deep in the sprint freestyle events, the team has less depth in the fly and IM. This season, her best times would rank in the top-8 performances on the NC State roster.

Earlier this month, NC State’s head coach, Braden Holloway, was named as one of four finalists for the CSCAA Natinoal Scholastic Collegiate Trophy. The award is given each year to the coach who is judged to have made the greatest contribution to swimming as a sport and as a recreational activity within in the university. Holloway has led his team to an undefeated season so far this year.