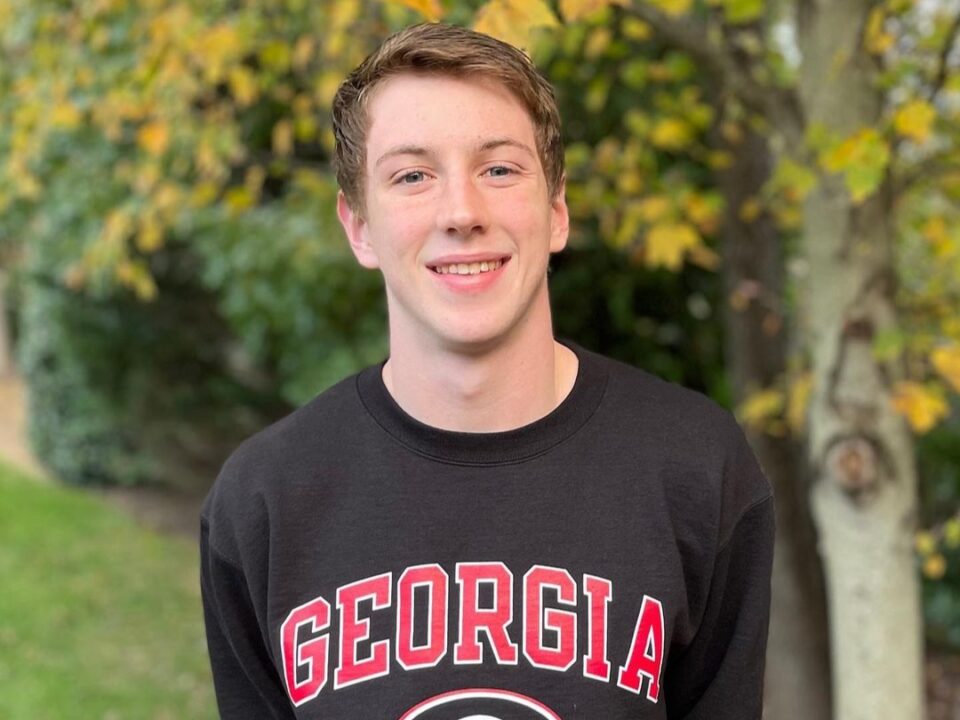 A versatile swimmer, Moloney will help continue Georgia's IM tradition when he comes to Athens, Georgia in the fall of 2023.

Jack Moloney of Machine Aquatics has announced his college commitment, electing to join the University of Georgia in the fall of 2023. Moloney is currently in the middle of his junior year at Gonzaga College High School in Washington, DC.

“I am excited to announce my verbal commitment to continue my academic and athletic career at the University of Georgia. I would like to thank all my family, friends, teammates, and coaches that have helped me along the way. GO DAWGS!!”

Earlier this year, Moloney competed at the National Catholic Championships, held at Loyola University in Maryland. There, in his lone individual event, he claimed second in the 100 fly. Finishing behind University of Texas commit Ryan Branon, Moloney swam to a lifetime best of 50.43 in the event. He also led off the team’s 400 free relay, helping his team to a first-place finish with a time 46.18. As a team, his school took 2nd at the meet to Loyola Blakefield High School.
Moloney was also a finalist at the 2021 NSCA Summer Swimming Championships last summer, earning a second swim in all five of his events. his highest finish came in the 100 breast, where he took 19th. After swimming a time of 1:07.93 during prelims, he dropped another three-tenths of a second during finals to touch in a personal best of 1:07.61.

Extremely versatile, Moloney has the ability to help the Bulldogs in numerous events. He will likely join the program’s talented IM group, which was led by Canadian Olympian Javier Acevedo and US National Team member Luca Urlando last year. Georgia has historically been successful at producing IM talent, with 2021 400 IM Olympic Champion Chase Kalisz and silver medalist Jay Litherland both having spent their collegiate careers in Athens.

Last season, the Georgia men finished as the runner-ups to Florida at the 2021 Southeastern Conference Swimming and Diving Championships. The team finished just behind them again at the NCAA Championships, taking fourth overall. The team was led in points by a freshman at the meet, with Jake Magahey earning gold in the 500 free and silver in the 1650.