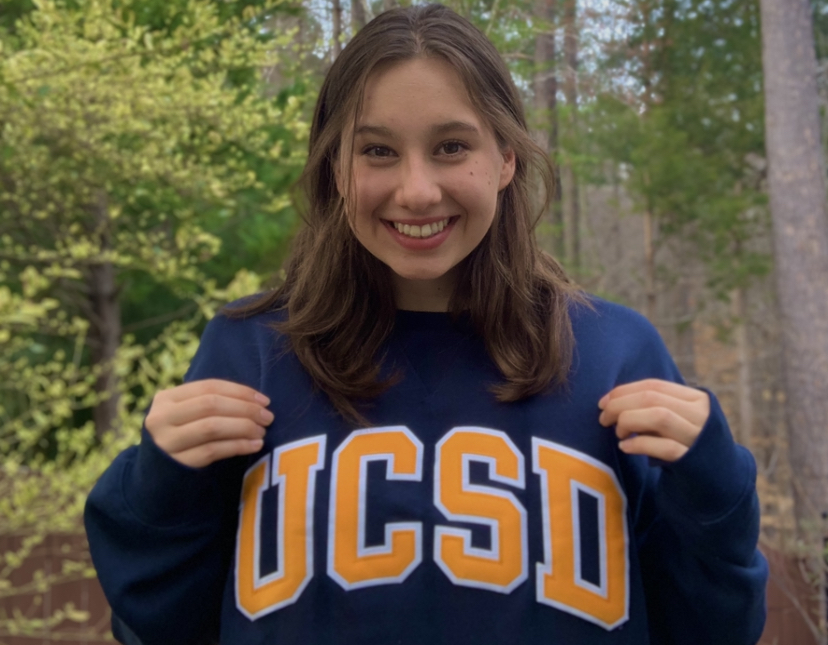 The North Carolina Division 1 state record holder in the 100 fly has announced she will be travelling across the country to join UCSD in 2023.

A North Carolina Independent High School Division 1 state record holder, Eva Boehlke has announced her college decision for the fall of 2023, electing to travel to the opposite coast to swim at the University of California, San Diego. Boehlke is currently entering her senior year at Durham Academy in Durham, North Carolina and swims club with the North Carolina Aquatic Club.

“I am so excited to announce my verbal commitment to continue my
academic and athletic career at the University of California, San
Diego! Thank you to all my coaches, friends, and family for all their
support along the way. GO TRITONS !!🔱”

At the 2022 North Carolina Division 1 Swimming and Diving State Championships,  Boehlke was the state champion in the 100 fly in the 100 fly, touching in 54.45. That time was fast enough to shave nearly two tenths of a second off of the state record in the event, previously held by US Junior National Team member Charlotte Hook. Hook set the record at 54.63 back in 2019. Boehlke also added a runner-up finish in the 200 IM with a time of 2:01.37.

Boehlke also made a finals appearance in the 200 fly at the 2021 Winter Junior Championships-East last December. There, she finished in 24th during finals after posting a lifetime best of 2:02.34 during prelims. She also added a best time in the 200 IM at 2:02.97.

Boehlke is incredibly versatile, although she will likely focus on the butterfly and IM events in college based on her current times. With her times from her junior year of high school, she would have ranked as UCSD’s third best performer last season in both fly and IM events.

The Triton women are coming off a narrow victory over the University of Hawaii at the 2022 Mountain Pacific Sports Federation Championships. A huge key to the team’s performance was Katja Pavicevic, a junior, who swept the breaststroke events and added third individual victory in the 200 IM. Boehlke wouldn’t have finished far behind Pavicevic in the IM, with her best time in the event being fast enough to earn her fourth at the meet.

UCSD is currently slated to add one of France’s top breaststrokers next fall, with Chloe Braun having already committed to the class of 2026. Braun has finished as high as third in the 100 breast at the French National Championships.