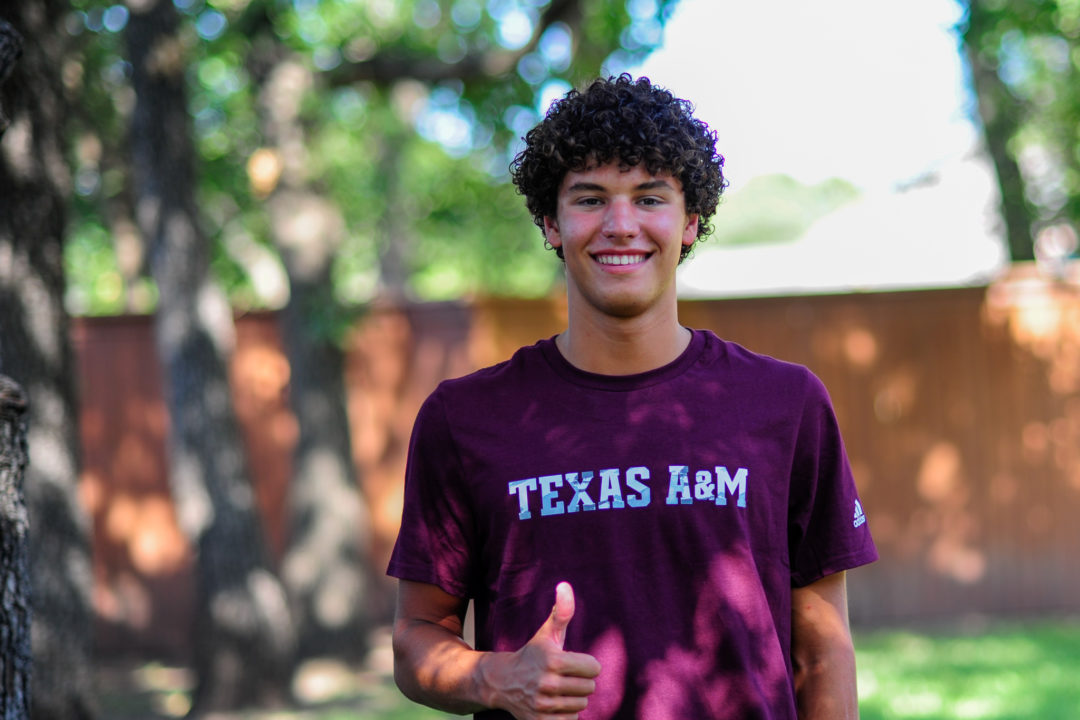 Teams from around Texas gathered for arguably one of the largest meets in the country this season, where swimmers posted multiple US Open cuts and top times. Current photo via Noah Beladi

Teams from around Texas gathered for one of the largest meets in the country since the coronavirus pandemic shut down teams around the country.

With a total of 20 teams in attendance, Lakeside Aquatics’ fall classic did not disappoint, with two swimmers posting US Open cuts and several others earning top-level qualifying times.

14-year-old Max Hatcher had a very strong meet, cutting time in every event he swam. Some of Hatcher’s best swims came in the distance events, where he posted some of the nation’s top times.

Hatcher began the weekend in the 200 freestyle, where he finished 8th overall. Swimming a time of 1:41.49 in finals, Hatcher demolished his best time of 1:46.11, earning a Futures cut in the process.

Following major cuts in the 200, Hatcher returned in the 500 freestyle. After taking out the race in a 51.29, Hatcher held consistent :55 splits for the next 300 yards, closing in a split of 52.89 to post a blistering 4:31.51. With this, Hatcher knocked almost 10 seconds off of his best time and earned another Futures cut.

However, Hatcher saved arguably his best swim for last. In the 1650 freestyle, Hatcher once-again produced extremely consistent splits, holding 56-57 seconds per 100 throughout the duration of the race to touch the wall in a time of 15:30.83. This demolished his best time of 15:53.38 by over 22 seconds, getting Hatcher under the Summer Juniors cut as well.

16-year-old Lane White from Texas Ford Aquatics lit up the sprint freestyle events. After qualifying 4th overall in the 50 freestyle prelims, White demolished the field in finals, dropping almost a second off of his time from the morning to finish in 20.57. With this, White knocked over a half-second off of his best time in the event, dipping under the US Open cut to earn his first qualifying time for the meet.

White returned in the 100 freestyle the next morning. Swimming a best time by .3 seconds in prelims, White entered the final seeded 2nd overall with a time of 46.19. He quickly took control of the field, finishing in a time of 45.53 to drop almost a second off of his best time entering the day (46.47), earning a Futures cut in the process.

17-year-old Texas A&M commit Noah Beladi also scored a US Open cut over the weekend in the 100 breaststroke. In prelims, Beladi posted a time of 56.94 to take the second seed heading into finals. That night, he returned to the pool, crushing a best time in the event, finishing in a time of 55.87. With this, Beladi cut over a half second off of his best time, which stood at a 56.54.

How did they manage such a big meet?

Emma Bibza (NTN) and Ella McWhorter (LTSD) both 12, swam very fast in the breaststroke events. In the 200 Breast both swam times that would put them in the top 80 of all time. (83rd and 84th respectively.)