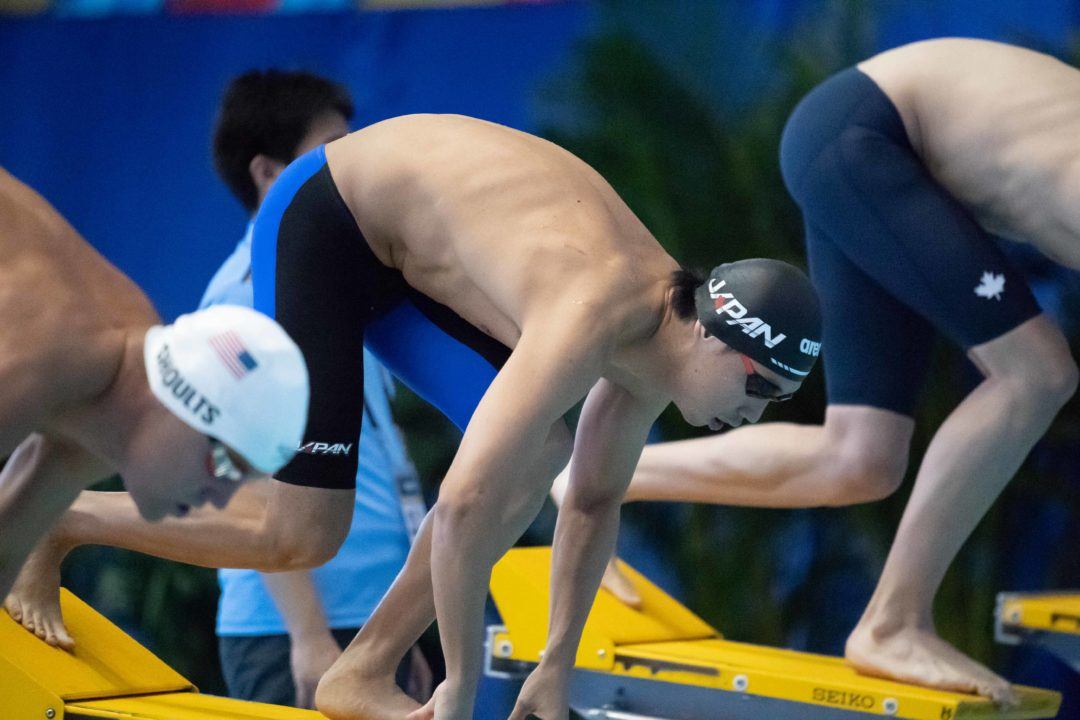 The Japanese Olympic roster sits just shy of 30 in terms of strict qualifiers. We'll find out soon if the JASF grants any other spots. Archive photo via Mike Lewis/Ola Vista Photography

No new names were added to the Japanese Olympic roster for a home-based Games on this last day of competition at the Trials in Tokyo.

There were only 3 Olympic-qualifying events on the agenda for today, which included the men’s and women’s 50m free, as well as the men’s 1500m free.

Although Katsumi Nakamura captured the 50m free victory and Rikako Ikee accomplished the same feat for her 4th women’s title, neither was able to get under the Japanese Swimming Federation (JASF)-mandated time standards.

That painstaking situation applied to Shogo Takeda in the men’s 1500m freestyle. The distance swimmer fought his way to a massive time of 14:55.70, a result just over a second outside the longstanding national record. Takeda’s time also ranks as the man’s second-fastest ever sitting only behind his 14:55.42 from 2018.

However, after nearly 15 solid minutes of grueling competition in the event, Takeda’s final clocking fell just over half a second behind the JASF-mandated Olympic standard of 14:55.06. Takeda was clearly gutted after the race having to come to terms with this situation.

We’re awaiting the official JASF Olympic roster to be published. In the meantime, here is the list of those swimmers who strictly qualified over the course of the competition.

Looks to me like there will be a women’s backstroker added for the medley relay.

That should be Anna Konishi, who met the OQT in both 100 and 200 back but not the JASF cut.

2
0
Reply
Bill Swims After His Horses

Really short-sighted by JASF not to give some additional development opportunities to swimmers who made OLY cuts.