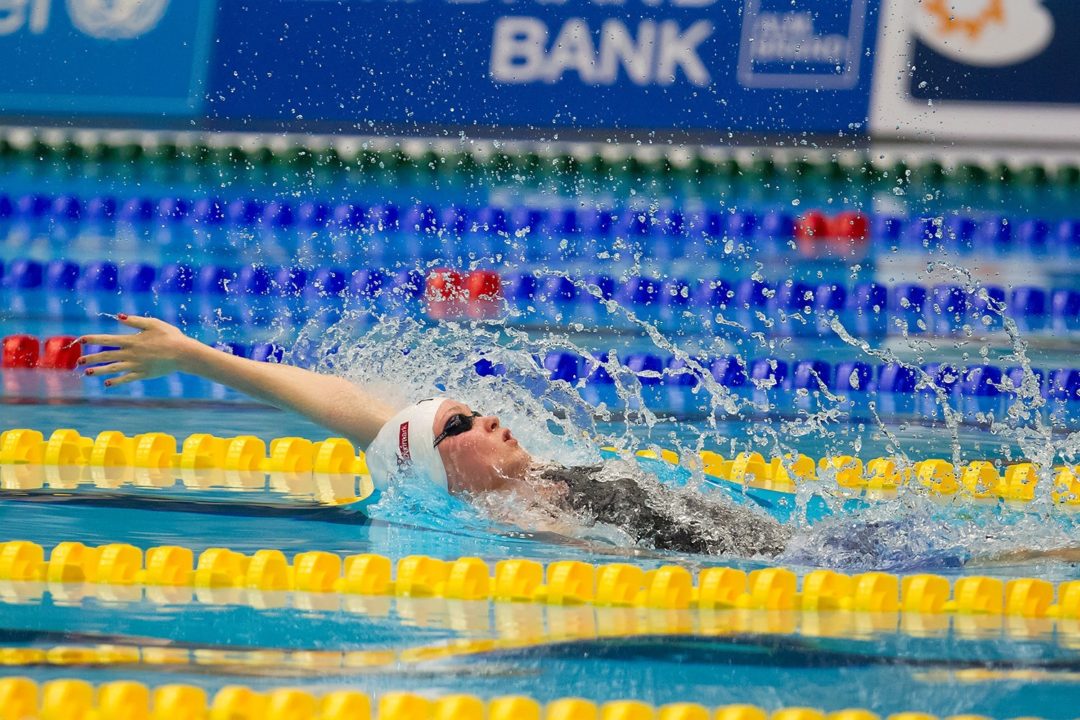 Mie Nielsen took home gold in the 200 free, 200 medley relay and 400 free relay on night 3 of the Danish SC Championships to bring her gold medal tally to six with one day remaining. Archive photo via Jesper Nielsen

Nielsen, who came into the night already with four gold medals at the meet, came away with three more thanks to an individual win in the 200 free along with two relay golds. In the 200 free, her clocking of 1:57.01 topped runner-up Maria Grandt (1:58.87), as well as two Dutch swimmers racing exhibition (though they swam finals): Robin Neumann (1:58.16) and Maud van der Meer (1:58.46).

As for Moller Pedersen, she began her night with a solid 30.58 breaststroke split on the medley relay, but that was really just a warmup for the 200 breast. She went onto win the 200 decisively, clocking a time of 2:22.36 to win by more than six seconds over runner-up Josefine Pedersen (2:28.42).

Another highlight from the night was the women’s 400 IM, which saw Villesen break her own junior national record clocking 4:40.42 to take out her old record by almost a full second.