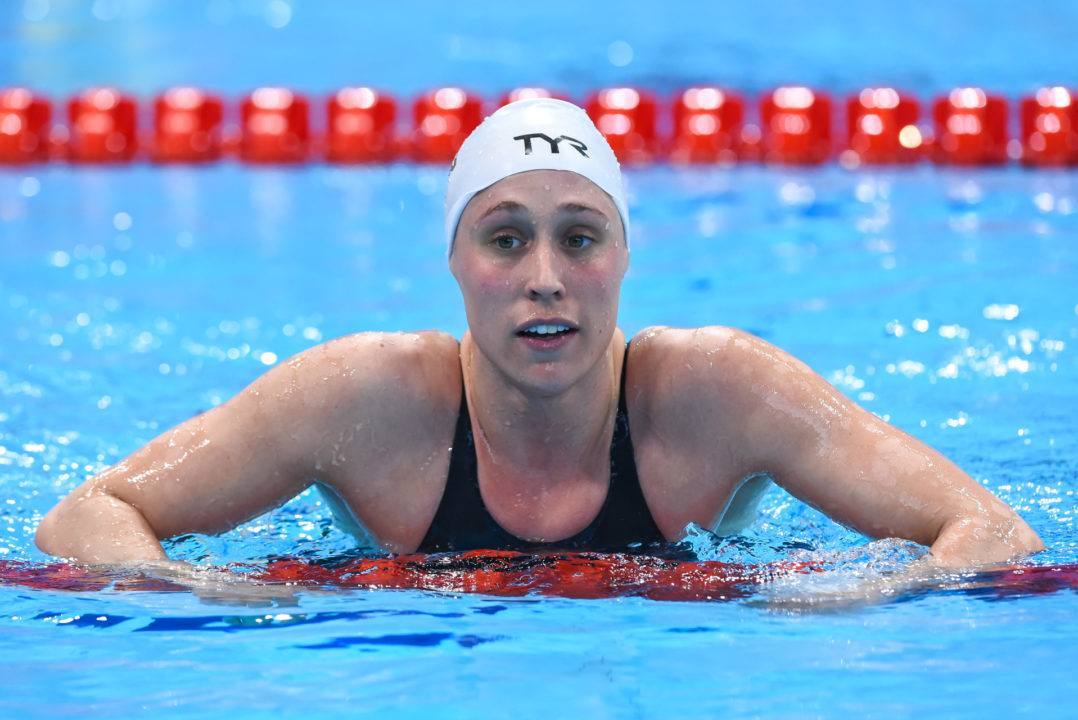 Veteran breaststroker Rikke Pedersen is among the Olympic talent set to take to the pool this week in Denmark. Archive photo via Peter Sukenik/www.petersukenik.com

Although the major Danish stars of Pernille Blume and Jeanette Ottesen are absent from the start lists, both of whom medaled the 2016 Olympic Games, this year’s Danish Open Championships meet is still stacked with heavy Olympic talent.

While Blume scored an individual victory in Rio as queen of the women’s 50m freestyle, both she and Ottesen were two crucial legs of Denmark’s bronze medal-winning 4×100 medley relay. Along with breaststroker Rikke Pedersen and backstroker Mie Nielsen, the foursome picked up a new Danish National Record en route to the Olympic podium.

Pedersen and Nielsen will both be making multiple appearances at Kortbane this week, taking on both the veteran and fresh talent that’s sprinkled throughout the entry lists. 27-year-old Pedersen is set to swim the 50m breaststroke, 200m breaststroke and 100m IM races, while Nielsen is slated to take the 50m/100m backstroke, 200m IM and 200m freestyle events.

Among the rising talent that is expected to swim is Kim Busch and Marrit Steenbergen, two teens to have been laying siege to the Dutch record books at recent meets. At the Netherlands Short Course Open Championships earlier this month, 18-year-old Busch scored a new age record in the both the 50m and 100m butterfly races.

16-year-old Steenbergen, already an Olympian as a member of her nation’s 4x100m and 4x200m freestyle relays in addition to swimming the 200m IM in Rio, checked in earlier this month with new age records in the 50m and 200m freestyle. She’ll see the likes of 2012 Olympic champion Ranomi Kromowidjojo, a domestic rival and teammate from the Netherlands, racing in these Danish Championships.  Kromo is set to swim the 50m/100m freestyle and 50m/100m butterfly events.

On the men’s side, South African born Dutch swimmer Kyle Stolk is taking on a monster schedule which includes the 50m/100m/200m freestyle races, the 100m backstroke, 100 breaststroke and 200m IM. Viktor Bromer, the 2016 European Champion in the 200m butterfly, will also be in the medal mix this week, taking on the IM, backstroke, and 200 freestyle event in addition to his signature stroke.