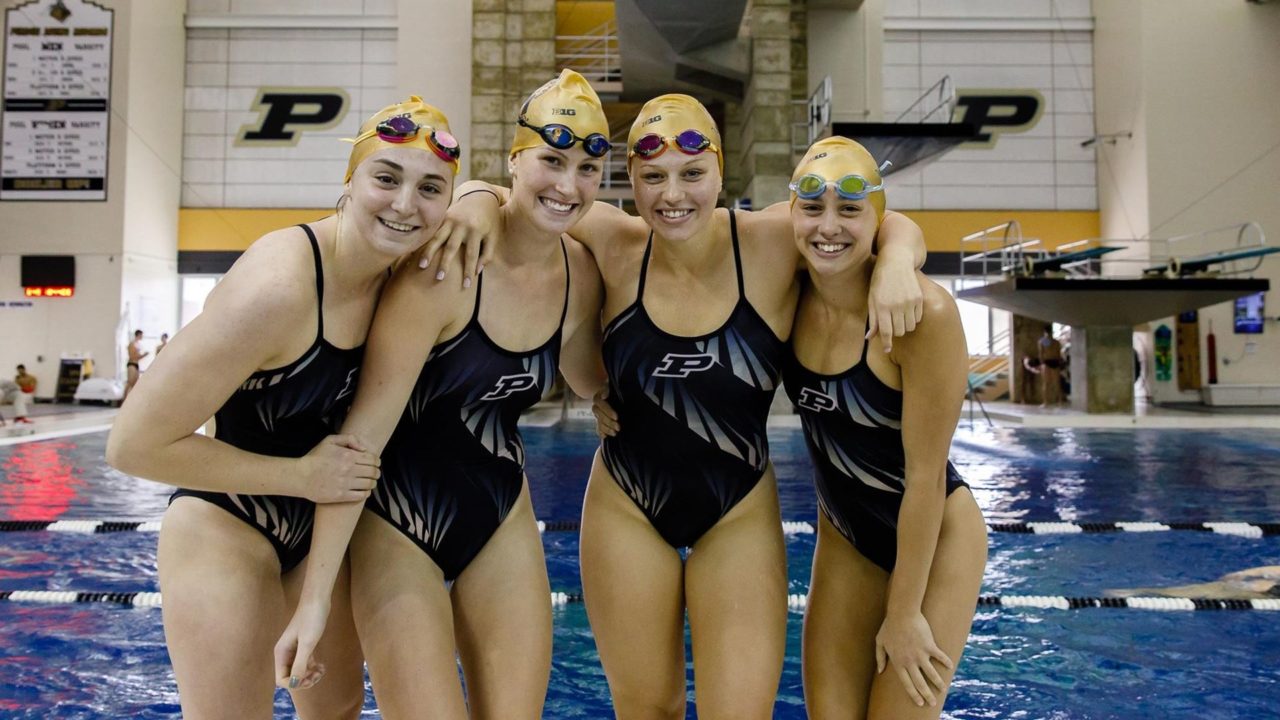 McDowell and Beavon led their teams to victory. McDowell accounted for three of the Gold Team’s seven victories, winning the 200 butterfly as well as both distance events.

Beavon was the only woman to win a pair of events, but she was one of four female freshmen to emerge victorious in an individual event. Her classmates Mallory Jump (200 back) and Sylvia Kobylak (200 breast) also won events for the Black Team. Lindsay Turner (200 fly) joined Jade Knueppel (50 free) and Megan Johnson (100 free) as Boilermakers to win an individual event and contribute to a relay winner.

Gabi Gomez Treig and freshman Keelan Hart touched the wall simultaneously in the 200 freestyle. Gomez Treig bested Hart in the 100 free later in the meet. After Ryan Hrosik also won the 50 free, the Gold Team swept the freestyle events.

The Black Team swept the men’s relays, with Nikola Bjelajac, Kristian Komlenic and Trent Pellini contributing to both victories. Brett Riley (200 back) and Will Schrensky (200 breast) also won individual events for the Black Team.

Natalie Myers and Nick Sherman were the event winners in the 200 individual medley. Gretta DeCoursey (200 free), Hart and Riley all won an event and finished as the runner-up in another.

The Boilermakers’ season-opening weekend continues Saturday at noon with the Indiana Intercollegiates. With 12 universities and a combined 21 teams competing this year, it marks the largest field ever for the annual October meet.