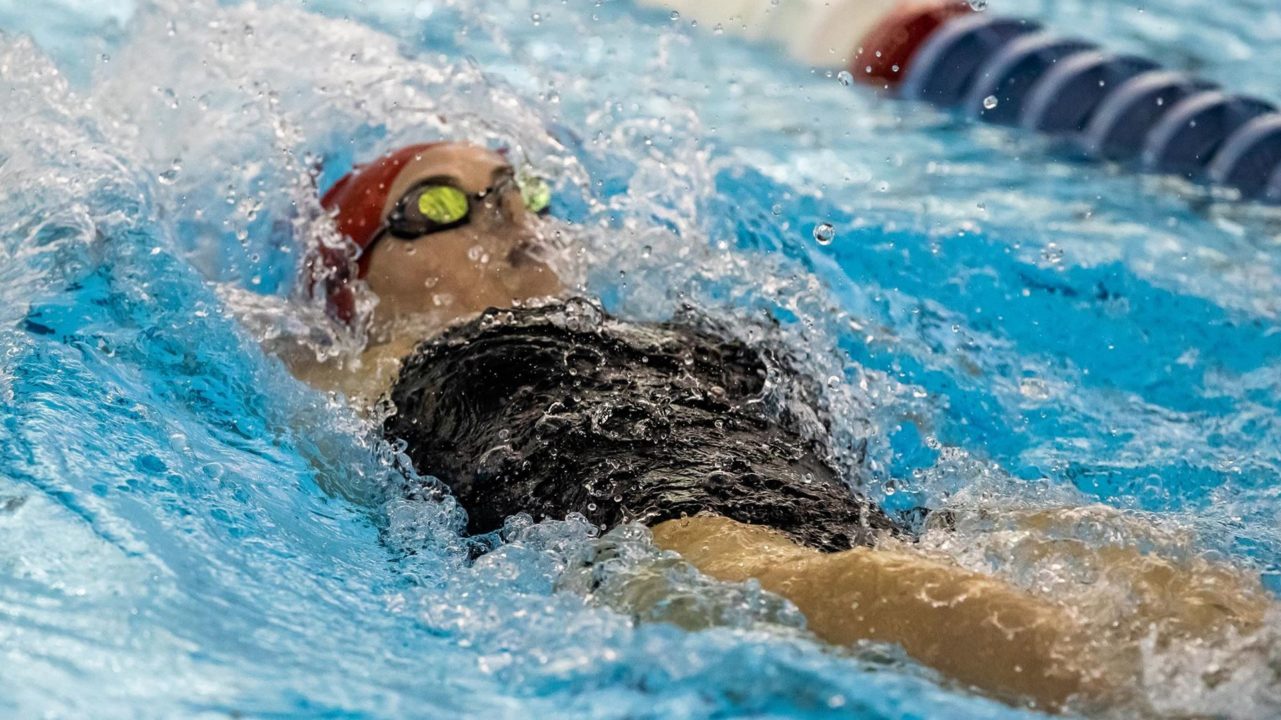 RICHMOND, Va. – Richmond swimming and diving got the 2019-20 season started with a big win Friday night during the Richmond Duals. The Spiders, winners of 15 of the last 18 Atlantic 10 Championships, defeated the reigning A-10 Champions, Duquesne, 174-105.

Richmond got its first first-place finish of the night in the 100-yard backstroke. Senior Hannah Gouger (Cockeysville, Md.) won the race, swimming in 55.84, followed quickly by freshman Mattie Williams (Lake George, N.Y.) and junior Ellie Ronan (Marblehead, Mass.) who finished in 57.94 and 58.34, respectively.

The Spiders had a similar performance in the 100-yard breaststroke as Purcell took home the top time at 1:04.67, followed quickly by freshman Sara Greene (Tega Cay, S.C.) at 1:05.38.

Medlin and senior Eliza Manning (Frederick County, Md.) were the top two finishers in the 100-yard freestyle, swimming in 51.75 and 52.32, respectively. O’Shaughnessy won her first collegiate event in the 100-yard butterfly, finishing nearly a second and a half faster than the closest competitor with a time of 57.34. Purcell added a first-place finish in the 200-yard IM, finishing just ahead of Duquesne’s Emma Brinton with a time of 2:04.70.

The A relay teams took home first place finishes in both the 400-yard freestyle and the 200 medley.

The Spiders are back in action tomorrow as they’ll take on the Davidson Wildcats who defeated the George Mason Patriots, 165.5-95.5 tonight.

RICHMOND, Va. – The Duquesne swimming and diving team dropped a 174-105 decision to host Richmond on the first night of competition of the Richmond Duals on Friday at SwimRVA.

NEXT UP
The Dukes will square off with George Mason tomorrow on day two of the Richmond Duals. Diving begins at 9:30 a.m. at the Robins Center while swimming is slated to start at 10:15 at SwimRVA.