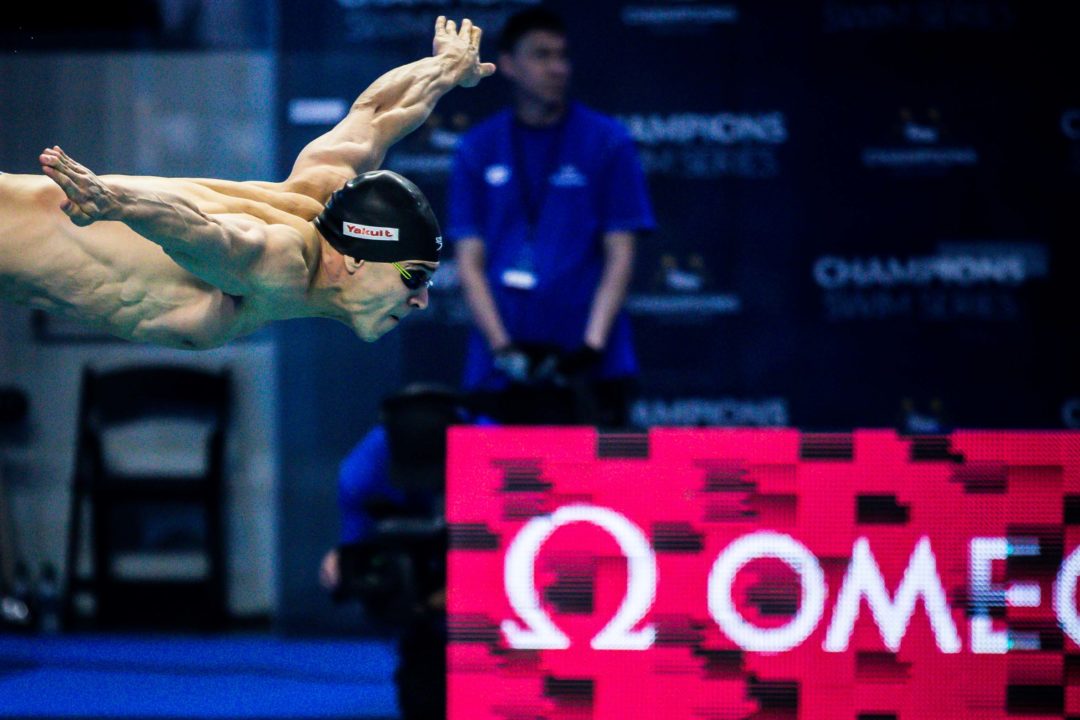 The 40-year-old unleashed a 21.78 in the men's 50 fly during Match 9, giving him three of the four-fastest swims in history. Archive photo via Jack Spitser/Spitser Photography

Representing Iron, Santos’ swim narrowly misses his own world record of 21.75, which was actually set in the same pool he swam in today just over two years ago while on the FINA World Cup circuit, and now gives him three of the four-fastest swims in history.

He also now owns the three-fastest textile swims of all-time, as Steffen Deibler, who held the world record prior to Santos breaking it in 2018, swam his 21.80 in 2009 during the super-suit era.

Prior to Santos’ swim, the only man to break 22 seconds in ISL history was Hungarian Szebasztian Szabo, who has done so twice this season in Match 3 (21.96) and Match 6 (21.86) for the Aqua Centurions.

Santos jackpotted all but one swimmer, Tokyo’s Takeshi Kawamoto, in the event, scoring a massive 30 points for his club. He also predicted that he would break his world record in the semi-finals after the swim.

Wow this is fun to see