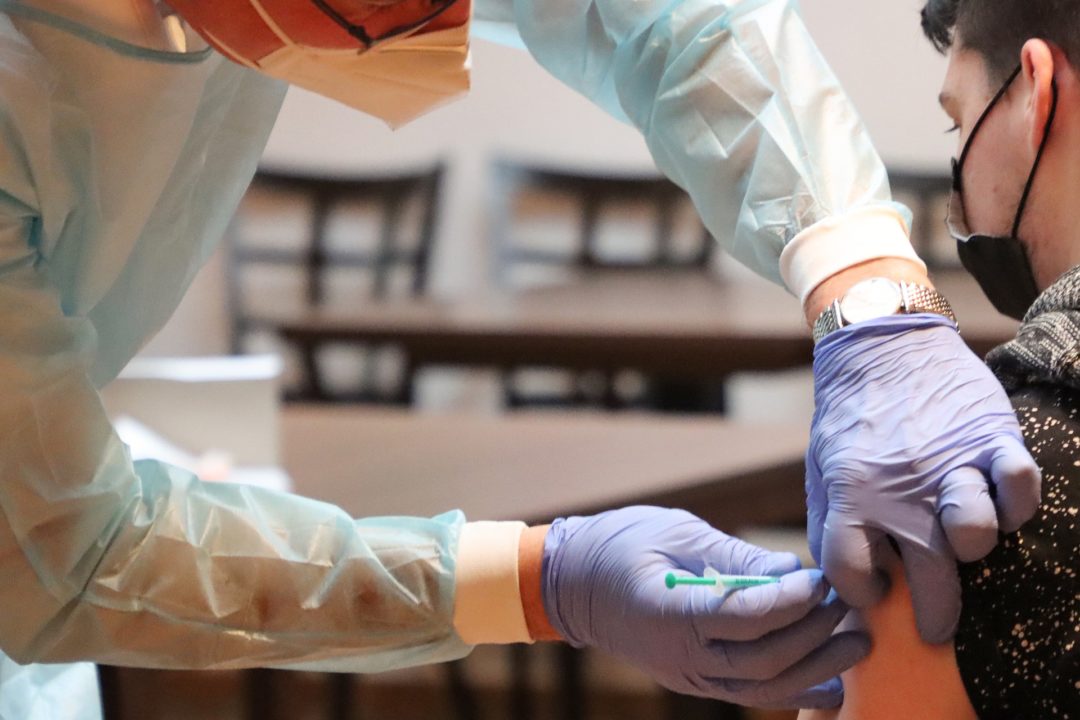 New Zealand has become the most recent country to announce that those headed to Tokyo this summer will be permitted to jump the COVID-19 vaccine queue. Current photo via Pixabay

New Zealand became the most recent country to announce that top athletes will receive priority for vaccination against COVID-19. According to a report from RNZ News, athletes will be able to jump the vaccination queue in order to compete at international sporting events but will still need to complete the compulsory 2-week quarantine upon re-entry.

The decision to give priority to athletes will help those athletes who are slated to compete at the Tokyo 2020 Olympic Games, according to the secretary-general of the New Zealand Olympic Committee Kereyn Smith;

It’s not mandatory but we feel its a very positive and important step in keeping our athletes safe in an environment where they will be with 10,500 athletes from around 206 different countries so we feel for their own personal well being and that of their teamates it would be a very very important step (to get vaccinated)” said Smith.

New Zealand has experienced relatively low cases so far throughout the pandemic. As of April 14, 2021, the country, in over a year, had recorded just 2,589 cases and just 26 deaths attributed to COVID-19, according to the Ministry of Health.

Strict protocols on individuals entering and leaving the island nation of about 5 million residents have helped keep cases down. It has also resulted in very limited natural immunity to the virus.

In total, according to the most recent Bloomberg data, New Zealand has given out 135,585 doses of vaccine. Just 2.1% of its population have received the full dose of the vaccine against COVID-19.

A handful of other countries have made a decision similar to New Zealand in terms of providing vaccines to their Olympic athletes. In a January 2021 report, the CBC detailed Denmark and Israel’s announcements that they plan on vaccinated 100% of athletes heading to the Games. At the time of the report, Denmark’s chef de mission Soren Simonsen said that he expects all Danish citizens to have access to the vaccine by July 1, 2021. As of April 12, 2021, according to Our World in Data, 16.8% of Denmark citizens had received 1 at least one dose of the vaccine while 7.9% were fully vaccinated.

As for Israel, a spokeswoman for the country’s Olympic Committee said that the whole country would likely be vaccinated by the end of May 2021. According to the available data as of April 13, 2021, 58.9% of Israel had received at least one dose of the vaccine while 54.7% had been fully vaccinated.

Two days after the CBC’s report on Denmark and Israel, Reuters reported that Hungary and Serbia would be doing the same. A representative from the Hungarian Olympic Committee (HOC) explained that two factors were at play when making the decision; “one is safe participation in qualifiers in foreign countries, the other is a loss of form due to several months’ worth of skipped training due to an infection.” The HOC has also said at the time that 868 athletes had been selected for an innoculation drive ahead of the Tokyo 2020 and Beijing 2022 Games.

By February 14, 2021, when we provided an update on athlete vaccinations across the globe, Lithuania, India, and the Philippines had added their names to the list of countries in the process of vaccinated athletes.

In many cases, like in the United States and Israel, vaccines have been made available to the entire population well in advance of the Olympics, so vaccinating Olympians is much less of a political matter than it is in nations that have been slower to start.

Smart move. The US Olympic committee would be smart to make sure that all US Olympic Athletes have the same access because right now access is high variable depending on the state you live in.