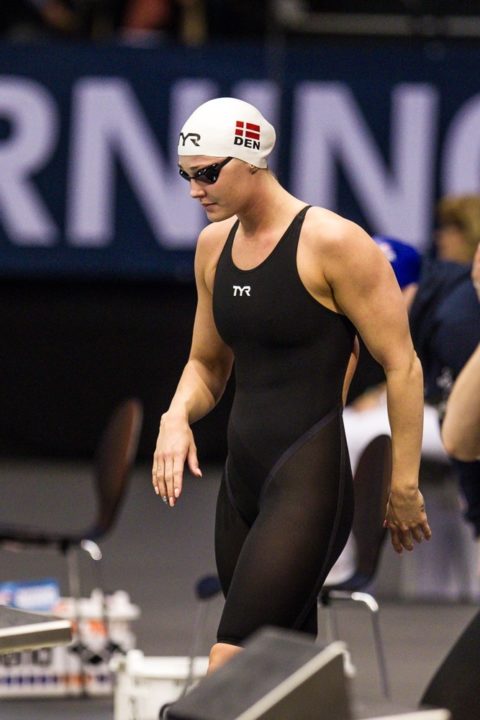 India, The Philippines, Denmark, and Lithuania have become the latest countries to declare they will be vaccinating their athletes and coaches bound for the Tokyo Olympic Games.

They follow the lead set by Israel, Serbia, and Hungary who undertook the task of vaccinating Olympic hopefuls at the beginning of this month.

There have been mixed signals, with IOC member Dick Pound continuing to push for athletes to be moved to the front of the line even as the decision becomes more of a political hot-button.

Instead, the onus has been placed on the individual nations to determine their own vaccination roll-out process, while the IOC has set upon creating their coronavirus protocols ‘playbook’ – which outlines what measures, such as the wearing of facemasks and social distancing, will be mandatory for the duration of the Games.

Athletes who test positive for COVID-19 at the Olympics will be removed from the Games.

Lithuania has become the most recent country to shine a light on its vaccination plans for Olympic athletes. The Lithuania National Olympic Committee released images on Thursday, February 11th of Paralympic and Olympic hopefuls being vaccinated.

According to insidethegames.biz, athletes were split into two groups with the first 82 individuals receiving their initial vaccine shot on February 11th.

The second group is due to receive their vaccines on February 25th. Roughly 290 athletes, coaches, and medics are expected to be vaccinated ahead of this summer’s action.

India’s Delegation Will All Be Vaccinated For Games

During a Fit India event last week, India’s Sports minister Kiren Rijiju said that the sports department will prioritise athletes and coaches when their time for vaccination comes.

He said: “The government’s policy is very clear. First of all, the vaccine will be provided to warriors… the medical and security people. Our Olympic-bound athletes and their trainers will be provided priority in our ministry but overall priority is set by the Ministry of Health.”

India’s Sports secretary Ravi Mitta added that: “They [athletes, coaches] will all be vaccinated before they go for the Olympics, whoever goes. We will also take into account the time between two doses and everything else.”

The Philippines vaccination roll-out for their Tokyo cohort is being provided by Business tycoon Enrique Razon. Razon announced his support to the Phillippine Olympic Committee during a meeting last week, a gesture praised by President Rep. Abraham “Bambol” Tolentino.

While speaking to ESPN, Tolentino said: “I’m sure that with the generosity of Mr. Razon, especially in these difficult times, would further spur our athletes to focus on the Olympics without fear of getting infected.”

Danish officials have said that the country is aiming for country-wide inoculation by July 1st, which would see Olympic officials, staff and athletes vaccinated well ahead of the July 23rd start date.

In an interview with Reuters, Denmark’s chef de mission Soren Simonsen said “approximately 150 athletes and 200 officials” would get the vaccine.

Simonsen added: “In Denmark, the government will start vaccinating normal healthy people in April, so that’s the earliest time slot.”

Greece and Belgium have also expressed desires to get their athletes vaccinated as soon as possible. Greek officials have reportedly been pressing the Government for early inoculation for their athletes, but only after the elderly and vulnerable have received their jabs.

The Belgian Olympic Committee’s (BOIC) chief physician, Johan Bellemans, told national broadcaster Sporza TV that “The intention is not to pre-empt healthcare workers and vulnerable groups, but we want to protect our athletes.”

“But we are not asking for preferential treatment” he added. “Obviously, we don’t want our athletes to be at a competitive disadvantage.”

Some nations such as Italy, Great Britain, and Germany have declared that their Olympic hopefuls will not be ‘jumping the queue’ and receiving early inoculation.

Germany’s NOC has said their delegation will “wait in line” and adhere to the vaccination process already previously outlined by their Government.

While speaking to Reuters, a British Olympic Association representative said that their nation’s priority remains to be frontline workers, elderly and vulnerable people.

Campbell Agrees With Priority For Olympians if Vaccine a Prerequisite

Cate Campbell, who sits on the Australian Olympic Committee’s Athletes’ Commission, has said that she agrees with priority for Olympic athletes – but only if the vaccine becomes a prerequisite for athletes to compete at the Games.

The two-time Olympic gold medalist, who is vying for her fourth Games, has said that she does not think those heading to Tokyo in just a matter of months should get to jump to the front of the queue.

While speaking to The Sydney Morning Herald on Janurary 13th, Campbell said: “If it’s a prerequisite, then I think we should get some sort of priority. If it’s not a prerequisite, we should be able to choose whether we get it before or after the Olympics.”

She added: “They are preparing for the Games as if there were no vaccine and whether or not athletes are vaccinated, I still think they would be able to compete.”

Cate continued, highlighting the importance of frontline workers and how, in her view, athletes should not be prioritised over them: “Frontline healthcare workers obviously have to be at the front of the queue because they are exposed to this all the time.

“So I’m not saying we go in front of anyone like that or the high-risk or elderly. But if we require the vaccine to do our job, I’d hope that would be made available before the Games. Working from home isn’t an option”, she added.

Kind of a sadistic survival-of-the-fittest vibe here. You gotta be really good at a sport to get a potentially lifesaving vaccine, sorry Grandma!

This reminds me when one of the early Windows versions came out , there was such hype & enthusiasm that ppl who did not even have a computer were lining up.. Nobody can say if Tokyo 21 is on ,but we gotta get the vaccine.

I really really wanted to agree with that, but it seems unfair that few would get priority just so something (according to the context) so futile such as the Olympic Games could go on… I speak as someone who lost people around me for this virus.

But the olympics are going to happen. They are going to push through this vaccines or no vaccine (see aus open tennis).

Given these choices, the obvious option is to vaccinate people who are going to be travelling internationally.

Its for everyones benefit that people who are travelling internationally get vaccinated.

If countries are going to persist with attending the Olympics this is a no brainer.