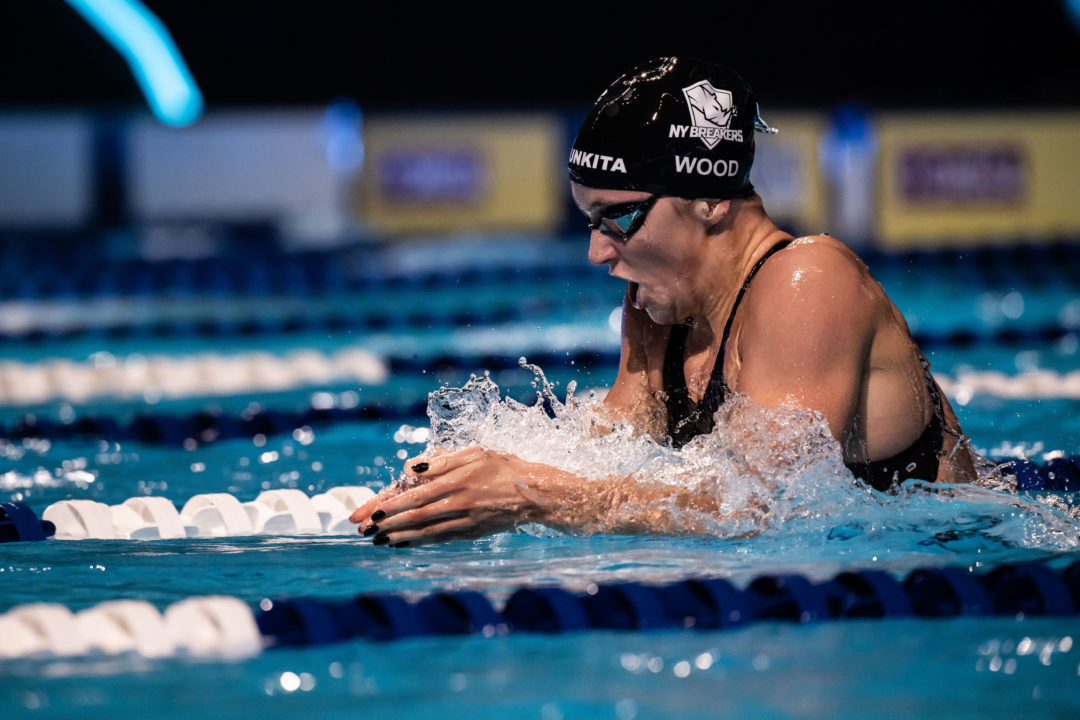 The final session of the 2021 Manchester International Swim Meet took place tonight, with some tight races comprising this first long course meet back for elite British athletes in nearly a year.

As we suspected, the women’s 50m breaststroke came down to the touch between national record holder Imogen Clark and her domestic rival Sarah Vasey. This morning, the pair was separated by just .03 and the trend continued into tonight’s final.

Clark got the edge once again, this time by only.04, stopping the clock at 30.76 to Vasey’s 30.80. Both Brits now enter the world rankings for the season in this 50m breast event, with Clark sliding into slot #5 and Vasey as #7.

Olympic finalist Max Litchfield led the men’s 400m IM tonight, capturing the only performance under the 4:20 barrier. After positioning himself as the man to beat with a morning effort of 4:23.45, the 26-year-old ace hacked off nearly 7 seconds to hit 4:16.38 for gold.

Litchfield owns the British national record in this event with a lifetime best of 4:09.62. That was clocked at the 2017 FINA World Championships where he placed a painstaking 4th, less than half a second off the podium. Two years later in Gwangju, he was much slower in 4:14.75 to settle for 7th place.

With his outing here, Litchfield sits less than 3 seconds off of the British Swimming-mandated standard of 4:13.47 needed to be considered for the nation’s Olympic squad.

Louise Hansson posted a super solid morning 100m fly time of 57.59 to snag the pole position for tonight’s final. She wound up adding slightly, getting to the wall in a final result of 57.83. That was still the only time under 58, as the next-closest swimmer of Harriet Jones from Cardiff became the runner-up in 58.52.

Hansson also raced the 100m free later in the session, collecting the bronze medal in a mark of 55.02. The winner of the women’s 100m free sprint was Marie Wattel, the French swimmer from Loughborough.

Wattel raced the 100m fly this morning, but opted out of the final to focus on this 100m free. It proved to be a wise choice as Wattel fired off the fastest time of her life – 53.40 for the win.

Entering this meet, Wattel’s career-quickest came in the form of the 53.53 she threw down over 2 years ago. However, this evening, opening in 25.78 and closing in 27.62, Wattel earned the only sub-54 second result of the field.

Runner-up was Anna Hopkin in 54.99 while Hansson rounded out the top 3 100m freestylers in 55.02. Wattel’s time now renders her as the second-fastest woman ever from France, sitting only behind national record holder Charlotte Bonnet and her time of 52.74. Look for a separate post on Wattel’s swim.

The swims didn’t set off any fireworks, but it was still a good sign that Guy, Dean and Litchfield were in the 1:47 zone in this first meet back. In fact, for Litchfield, his result here checks-in as a new lifetime best overtaking the 1:48.66 he secured in 2019.

Fireworks did go off in the women’s 200m IM event, however, as the consistently-improving  Abbie Wood proved to be too quick to contain.

Not only did she win this race by nearly 7 seconds, but Wood now ranks as the 2nd fastest British swimmer ever in this event. Wood now checks-in as the #2 swimmer in the world this season.

Not sure if this is good news … ? Having a 1:47.6 guy in your relay doesn’t sound very encouraging if you want to win a medal.

He’s not going to be rested is he and there’s no atmosphere or relay take over.
1.45 split is highly possible.
Compared to the US boys barring Kieran Smith (who you massively underrated) they were dire at the recent Pro series. So I think 1.47 for Joe is very encouraging two months out from trials.

I don’t think you can assume anything about how close they are to their best. So you also think that the woman in the 200 breast for example weren’t close to their best? If so you must expect them to go sub 2:20 at the olympics …

I don’t see any reasons for Joe, Wood and renshaw, to not be better at trials, but prepared well for this meet. I’m assuming they are in great shape and race prepping, not fully rested.
So yes I’m expecting sub 2.22 from Molly, not 2.19 tho.

Wilby, Max Litchfield & Archie Goodburn all in the same training group as Renshaw, Wood and Joe Litchfield and they were seconds off their PB’s. Surely the whole group will be in a similar cycle indicating that they’ll all still have time to drop at trials? Doubt they’d have tapered for this meet.

Massive for Litchfield on the 200free.
Jarvis (with a huge beard) was dire this am in 1.53.0 missing the final. Matt Richards wouldn’t be happy with his 1.52 8th place after a 1.49 heat.
Joe has put himself in contention for the 4th spot and potentially an Olympic medal.

Great time from Joe Litchfield – shows his versatility as he was doing fly, back and IM in ISL and doing freestyle here!
Can’t say I’m surprised at Wood’s 200IM performance. I’m interested to see if she continues with the 200 breast as she definitely has capabilities there as well.