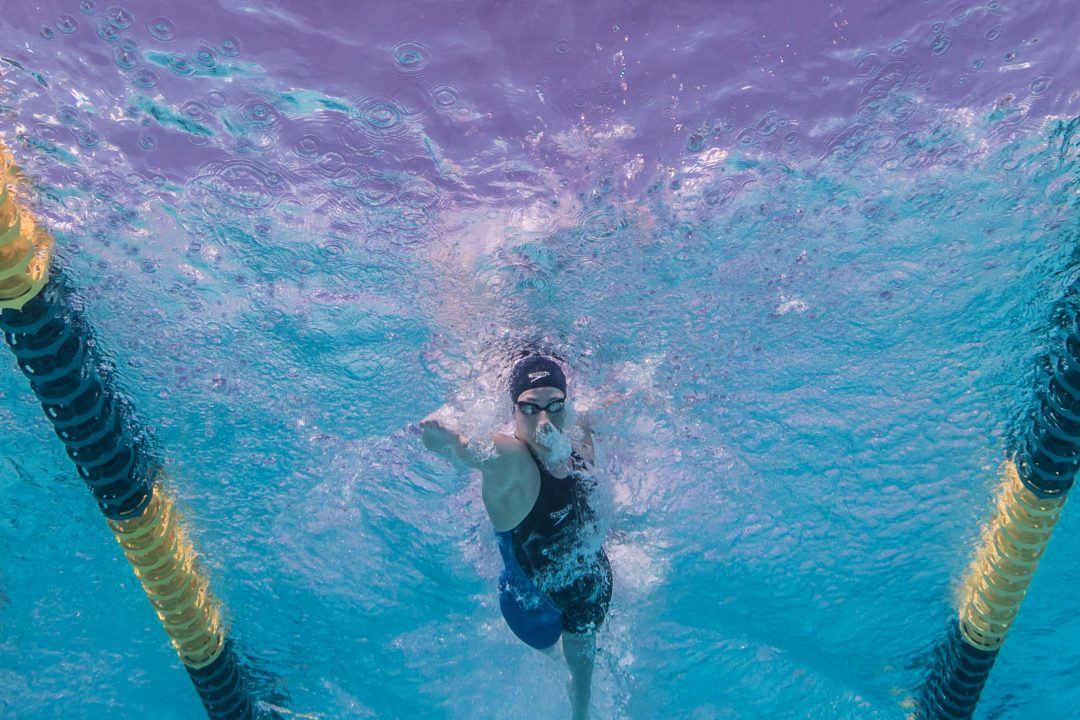 The IOC's addition of the men's 800 and women's 1500 freestyles as Olympic events won't change USA Swimming's selection procedures for the 2017 World Championships, but will have an impact on U.S. National Team selection for 2017-2018. Archive photo via Mike Lewis/Ola Vista Photography

The IOC’s addition of the men’s 800 and women’s 1500 freestyles as Olympic events won’t change USA Swimming’s selection procedures for the 2017 World Championships, but will have an impact on U.S. National Team selection for 2017-2018.

Whenever the max roster size (26 men and 26 women) is hit, the team is locked, with any swimmers in a lower priority qualifying spot not making the team. Typically, this isn’t an issue, with plenty of swimmers qualifying in multiple events. The main quirk is that non-Olympic events only qualify the winner for Worlds, while Olympic events can qualify second-place finishers as well.

The non-Olympic events contested at Worlds have historically been the men’s 800 free, women’s 1500 free and the 50s of fly, back and breast. A USA Swimming spokesperson told SwimSwam today that USA Swimming would not immediately change the men’s 800 and women’s 1500 to classify as Olympic events for this summer, with U.S. Nationals less than a month away as of the IOC decision to add the events to the 2020 Olympic slate.

On the other hand, USA Swimming said it would be using both the men’s 800 and women’s 1500 for National Team status and funding next year. The U.S. National Team is comprised of the swimmers who hit the top 6 times in each Olympic event between a number of national and international level meets (this season, U.S. Nationals, Worlds, World University Games and the U.S. Open). Those swimmers qualify for USA Swimming financial support, meet reimbursement, elite athlete health insurance and other USA Swimming support programs over the next season. We broke down the benefits of National Team member status in a separate report a few years ago.

That means, in the short term, that we should see more high-level swimmers entering those events, even with only one World Championships roster spot on the line. Distance specialists hoping for national team funding can now achieve that through swims in the women’s 1500 or men’s 800.

With that lengthy explanation of the difference between World Championships selection and National Team qualification, here’s the bird’s eye summary of how the new Olympic events will impact American swimmers this summer specifically:

USA Swimming National Team Director Frank Busch applauded the IOC’s expansion of swimming in a statement, calling it an “incredible step forward” for the sport. His full statement is below:

“The IOC’s decision to expand the number of events in swimming at the Olympics is outstanding for the sport and our athletes. Any time you can give the athletes more chances to win Olympic medals, that’s an incredible step forward. These additional events in the Olympic Games reflect how popular the sport of swimming has become around the world and that swimming has the attention and respect of the IOC. We thank FINA for its good work to accomplish this opportunity for athletes.”

What if they qualify in another event and then place second in either the men’s 800 or women’s 1500? Will they be able to then swim it ?

That’s a good question. From what we’ve been told, selection procedures won’t change at all from what is listed on the USA Swimming website. If that’s the case, priority for the second M800/W1500 spot will go to the winners of the men’s 400/1500 and women’s 800. If the same person wins both distance events (or all three in the case of the men), priority would go to the swimmer with the fastest time in the M800/W1500 between January 1 and June 29.

now that the M 800 and W 1500 are Olympic events, criteria for qualifying should fall under #2. Why is usa swimming being lazy about this?

It probably has more to do with a budget that’s already been set and approved for this calendar year than anything else. It costs a lot to provide funding for an additional (potential) 12 people.