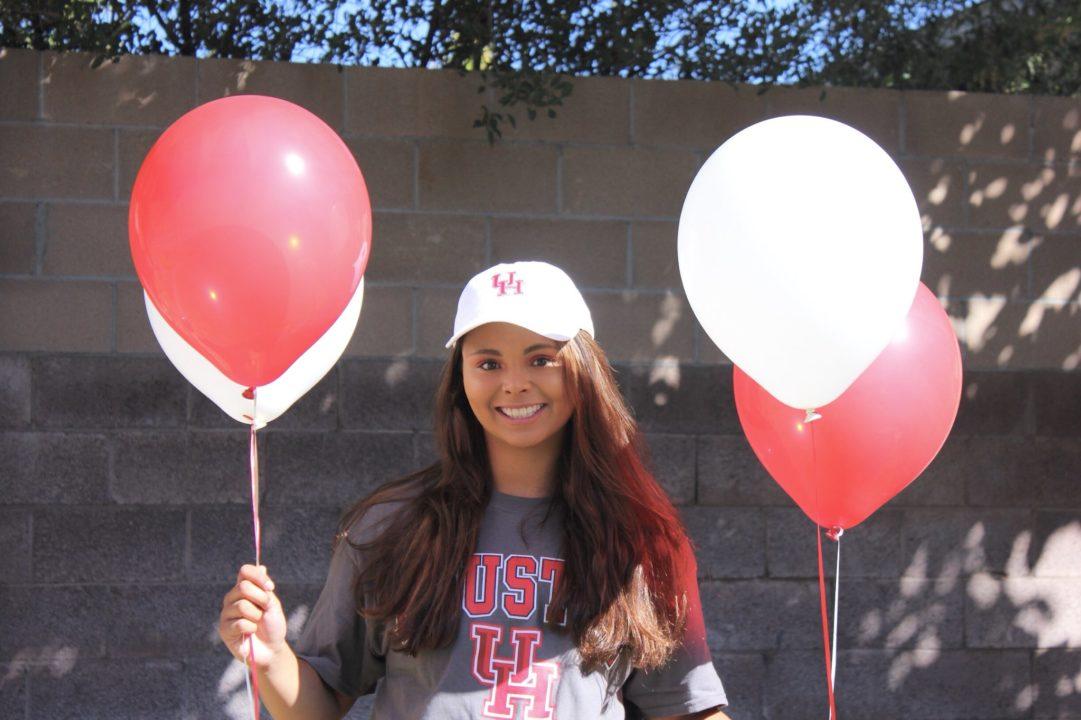 Chrysten Pacheco from La Cueva High School in Albuquerque, New Mexico has verbally committed to swim for the University of... Current photo via Chrysten Pacheco

Chrysten Pacheco from La Cueva High School in Albuquerque, New Mexico has verbally committed to swim for the University of Houston. Pacheco is the defending New Mexico high school state champion in the 100 fly and as a sophomore in 2017 won a state title in the 200 free (1:51.94).

Along with her La Cueva teammates, she has also won three 200 medley relay titles and two 400 free relay titles, including swimming the fly leg on the state-record-breaking relay as a freshman in 2016.

Her lifetime bests would have put her in the B-Finals in several races at last year’s AAC Championships where the Cougars took a team title by a commanding 163 points over runners-up Cincinnati.

Pacheco does her club training with the Lobo Aquatic Club based out of the University of New Mexico.

Happy to announce my verbal commitment to swim at the University of Houston! So excited to join an awesome team and great coaching staff… Go Coogs ❤️🐾 pic.twitter.com/NJVyDV6VqD