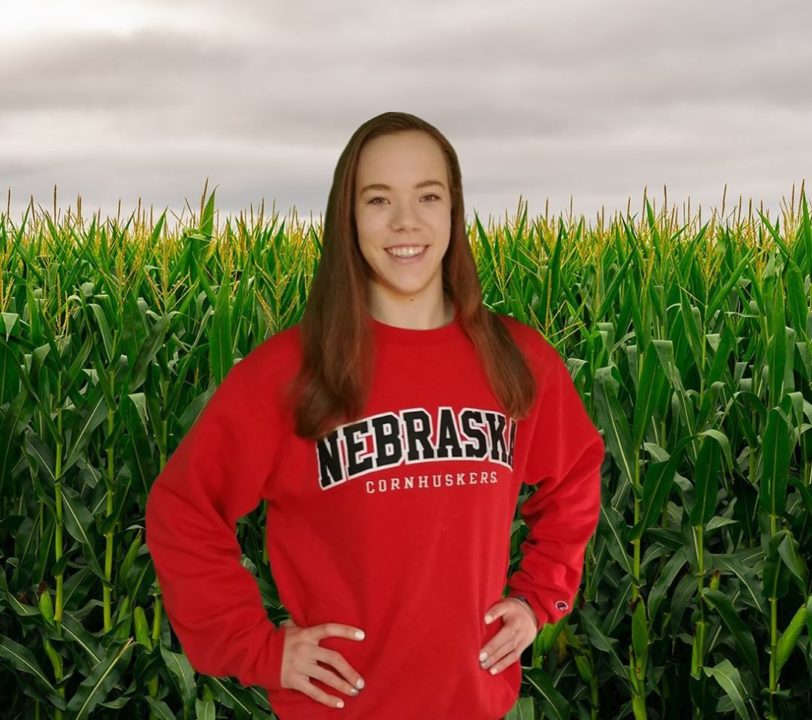 Among those leading the charge for Marian was senior Jojo Randby who picked up wins in both the 100 breast and 50 freestyle. In the 100 Randby was 1:03.08 to take gold more than 2 seconds ahead of Lincoln Heart’s Ashlea Johnson who was a 1:05.66 for silver and Joslyn Jacobs for Norfolk’s 1:05.70 for bronze.

The win for Randby was a bit shy of her PB in the event which sits at a 1:01.29 from last year’s championships. That swim for Randby is also the current NSAA State Championship record.

In the 50 free, Randby hit a 23.01 for the victory, improving upon her previous best time of 23.14 from November. Lucia Rings from Elk South and Christina Spomer from Central Westside were the only others who got under the 24-second mark in the event, hitting 23.79 and 23.86 for silver and bronze, respectively.

Randby concluded her last ever high school championships and will stay in-state next year as she will join the University of Nebraska Cornhuskers this fall.

Randby’s teammate Josie Hood picked up a gold for Marian in the 100 freestyle, winning by over a second with a 51.30. Lincoln Southwest’s Bella Livingston was behind her in a 52.28 and Marian’s Molly von Seggern was third with a 52.47.

Another double winner over the weekend was Lincoln Southeast swimmer Natalya Woods. Woods opened up the finals session with a 200 freestyle victory, dipping under the 1:50 mark with a 1:49.97. While Woods trailed the meet record of 1:48.74 set by Alana Palmer in 2017, she will have another 3 shots at it as she is only a freshman this year.

Nebraska had one of the best big ten championships in school history. She will only add to future success! Congratulations!