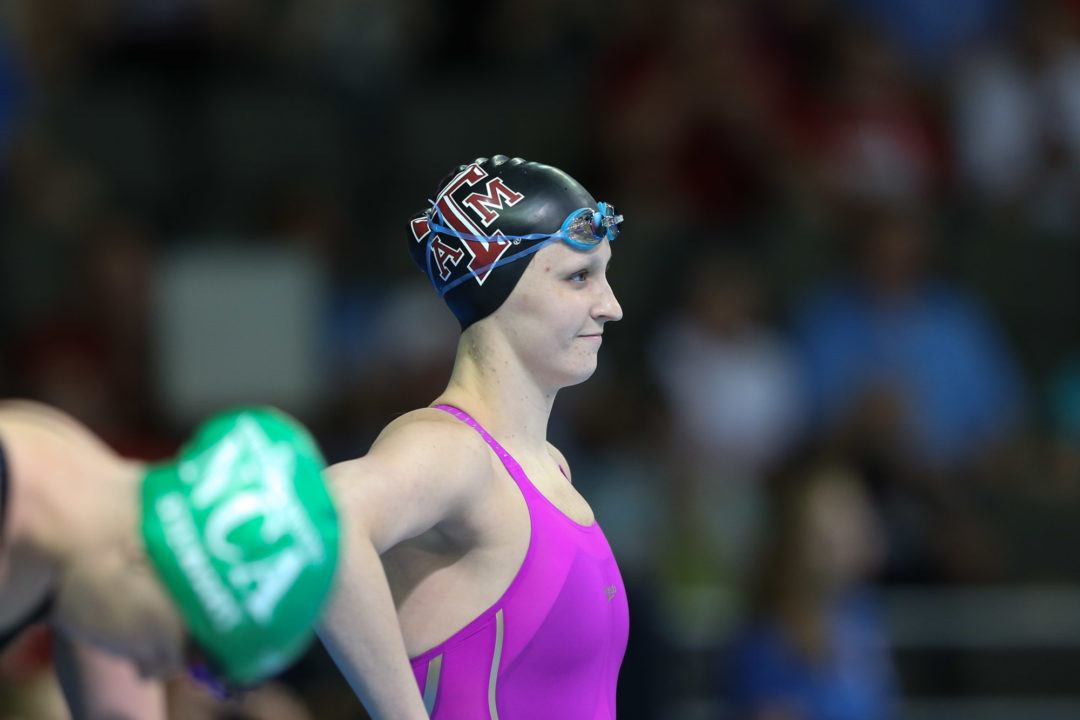 Gibson scored in three individual races at NCAAs last year, taking second in the 100 fly, 5th in the 200 fly and 10th in the 500. Gibson was 9th out of prelims of that 500 free, but won’t take a shot at the A final this time around as she doesn’t appear in the event on the pre-cut NCAA psych sheets released today.

This completes a full transition for Gibson from distance freestyle to butterfly. Almost entirely a distance swimmer for her first two years of college, Gibson made waves last year by transitioning to butterfly and earning two All-America slots in the fly races. This year, she’ll swim only butterfly, giving up the distance freestyle events entirely (outside of the 800 free relay, where she’s a likely Aggie relay member).

Swimming all 5 relays is still relatively rare for top-tier swimmers, but has been done to great success recently, most notably by Joseph Schooling of Texas at men’s NCAAs last year. Though A&M will give up some 500 free points from Gibson (she scored 7 last year), the resulting boost to its relays may make up the difference, as relay points count double at NCAAs.

You can find the full pre-selection psych sheets here.

I believe she can challenge the American records in both fly distances. Watch out Kelsi!!! Hu and others will also challenge the 100 though. It will be fun!

Her transition from an elite distance freestyler to one of the nation’s top butterfliers has been incredible. Wishing her the best at NCAA’s