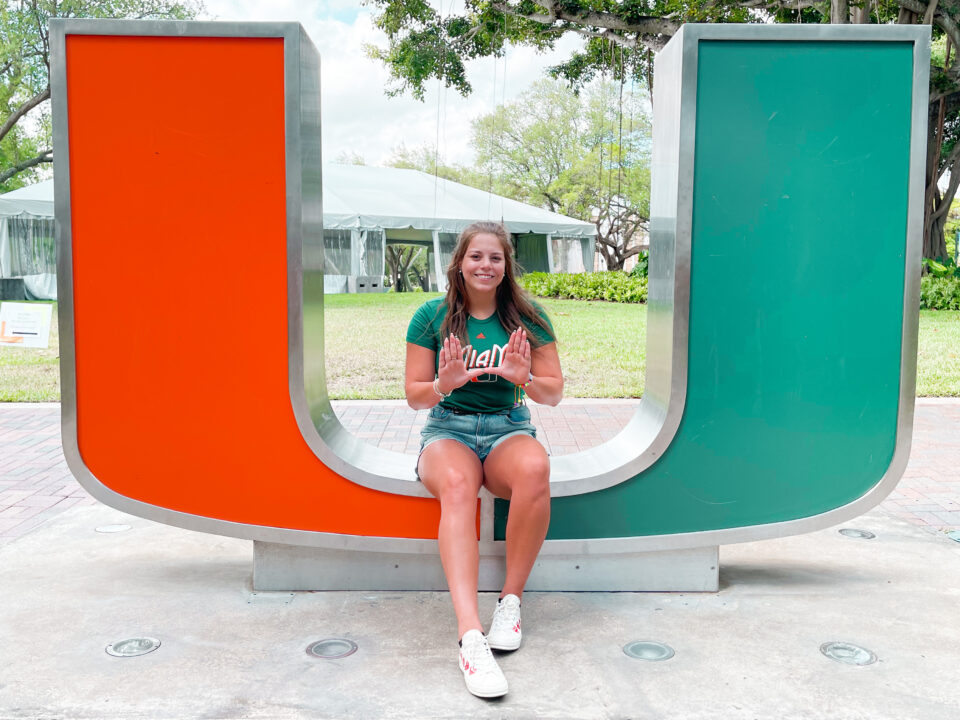 After four years with the NC State Wolfpack, Danika Huizinga will use her extra year of eligibility (granted due to COVID-19) at the University of Miami (FL). She’s transferring for grad school, part of her pursuit of a law degree, so she’ll have one season with the Hurricanes beginning in the fall.

I am so excited to share that I will be continuing my academic and athletic career at the University of Miami! After graduation from NC State, I will be moving to the 305 to complete my masters degree in International Administration, and compete for the U!

Thank you to NC State, my coaches, wonderful teammates, and everyone else who has helped me make this decision! Let’s go Canes!

Huizinga is a fantastic backstroker, especially in the 200, and will be an immediate star on the Miami roster. The Ontario native made the NC State ACC roster all four years, and was able to qualify for the 2021 NCAA Championships, where she placed 33rd in the 200 back and 48th in the 100 back.

“NC State has been my home and family for four years, and I cannot express the amount of gratitude and appreciation that I have for the coaching staff, my teammates, and support staff,” said Huizinga, further explaining her next move, which was made with academics in mind.

“My goal in life is to continue my education in law school, and due to Covid, my plans after graduation had to be changed. Unfortunately, NC State does not have the master’s program that I am looking for as a stepping stone towards law school. Coach Braden understood this, and along with the rest of the coaching staff and team, supported me in finding a program (Miami) that allowed me to continue my academic journey. Coach Andy and Coach Tanja were extremely encouraging and patient through this entire process, and it made me even more excited to take this next step. I fully believe that being a member of the Miami program is the best fit for me athletically, and academically.”

This past season, Huizinga would’ve been the Hurricanes’ top 200 backstroker by almost six seconds and their top 100 backstroker by over two. She would’ve also been their top 200 IMer. Further, Huizinga could become the fastest 200 backstroker the program has ever seen, even if she doesn’t go a lifetime best in the event next season, as her current best of 1:53.77 is well ahead of the school record (1:56.16).

Congratulations, Danika! So excited for you!

Go Danika! So excited for you! What a great next step in your career! Congratulations!

Your wolfpack teammates couldn’t be more proud of you!! Always supporting you Danik!