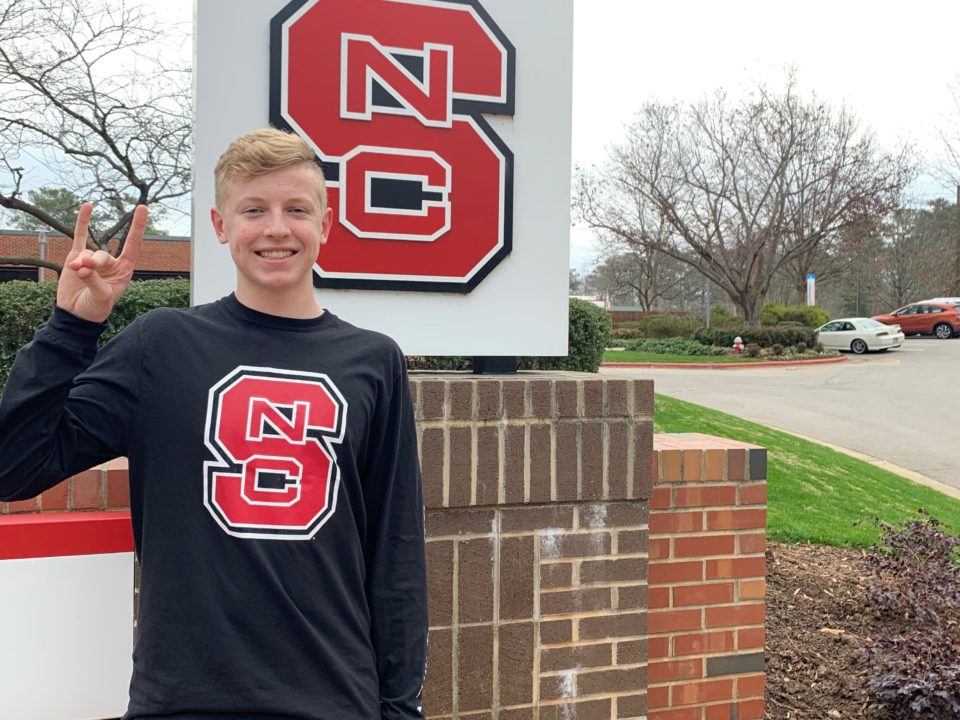 Colorado is still a week away from their boys' State Championship meet weekend, but Luke Miller is already in championship form.

Swimming on Saturday at the Front Range League Championship meet, he put up a new lifetime best of 1:35.62 in the 200 free. That broke the Colorado 5A and overall State Records of 1 :36.73 that was set by Regis Jesuit’s Clark Smith in 2013. Smith would go on to race collegiately at the University of Texas, where he would set the American Record in the 500 and 1000 yard freestyles; and was a member of the 2016 US Olympic Team. There he won a gold medal as part of the winning American 800 free relay.

Miller’s previous best time in the race was a 1:35.87 done 6 weeks ago at Sectionals.

Thornton, Colorado, where the meet was held, sits at just over 5300 feet. Per USA Swimming altitude conversion standards, that makes this swim eligible for a 1.2 second altitude adjustment – which leaves his converted time at 1:34.42.

Other highlights of the meet include a 57.84 win from Fossil Ridge junior Josh Pales in the boys’ 100 breaststroke. He also won the 50 free in 21.47, as he helped lead his Fossil Ridge team to a dominant overall team victory at the meet.

Luke Miller? Who? NC staff is the master of getting a ‘Diamond’ in the rough!

With team scores that high, do they score top 24?