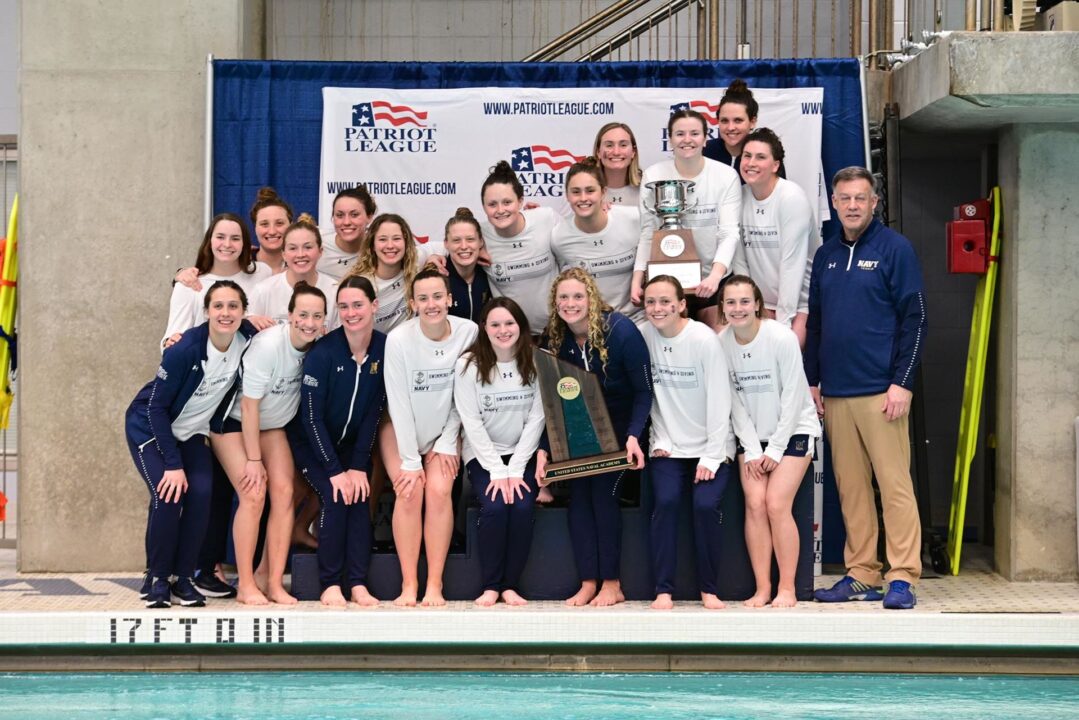 The Navy men and women also won back in 2020, but were unable to compete in 2021 since the meet was canceled due to COVID-19. Current photo via Patriot League

In the final diving portion of the meet, Navy’s Montau broke her own 3-meter League and meet records with her score of 364.05 points. Her previous League record and meet records were from earlier in the afternoon, when she scored 341.70 points. Her evening score also bested the pool record, previously set by Virginia’s Kylie Towlbin (357.10).

Navy rounded out the meet with dual wins in the 400 free relay. The all-senior team of Harrington, Brooke West, Sarah Sorensen, and Martina Thomas won the women’s relay in 3:19.48. The team of Jonah Harm, Garrett McGovern, Callen Aulizia, and Caleb Mauldin won the men’s relay in 2:54.71.

Considering the constraints the Army and Navy swimmers are under with respect to time availability, and the military obligations coupled with the lack of Summer swim training, the swimmers at the service academies and their coaches do a really outstanding job. Navy, for example, had something like 30 swimmers qualify for a wave 1 or 2 times at the most recent Olympic Trials. Great swimming, Army and Navy both!

What an awesome meet. Great to see Bucknell and Loyola have success too. Patriot league keeps getting better