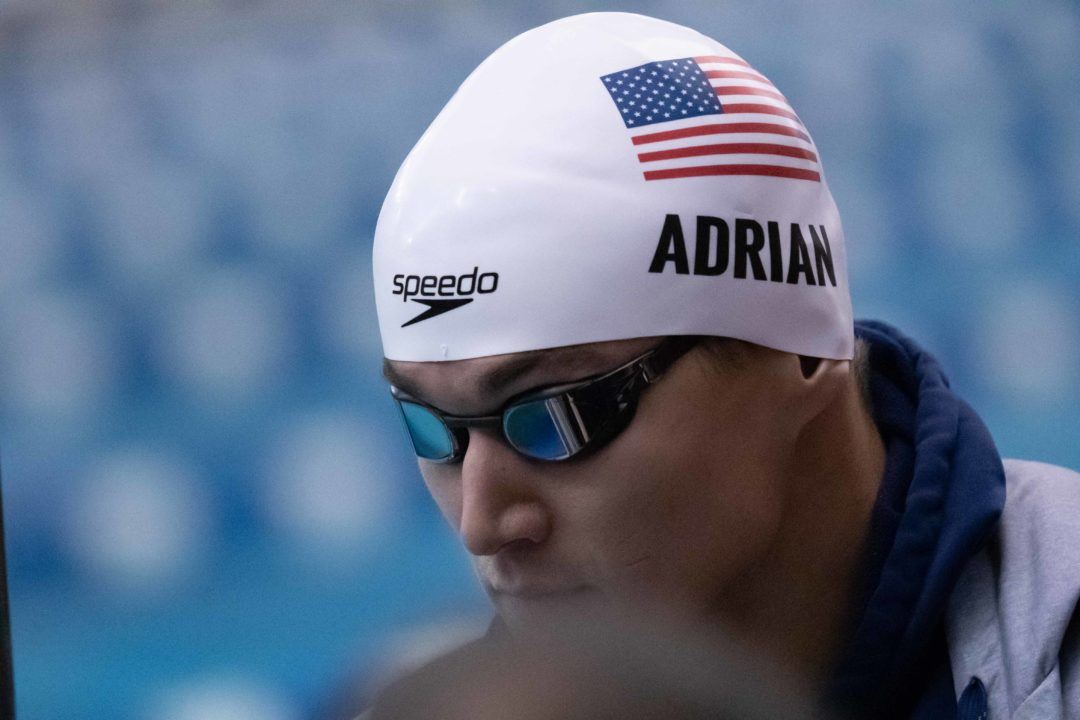 Olympic Champion Nathan Adrian has declared that he intends to swim at the 2019 Pan American Games in Lima, Peru, next summer after the 2019 World Championships, where he will represent Team USA on relays only. Current photo via Mike Lewis/Ola Vista Photography

Olympic Champion Nathan Adrian has declared that he intends to swim at the 2019 Pan American Games in Lima, Peru, next summer after the 2019 World Championships, where he will represent Team USA on relays only.

The World Championships will end on July 28th, 2019, whereas the Pan American Games officially open on July 26th, meaning Adrian will go directly from one competition to the next. As a swimming schedule has not yet been published for the 2019 Pan American Games, we can only speculate how and when Adrian might have to transition from one competition to the next. If Adrian is selected as a member of the 4 x 100 mixed freestyle relay, which he most likely will be, then he will have to remain in Korea until at least July 27th. The men’s 400 medley relay will take place on July 28th, though Nathan Adrian is not slated to swim that event, his freestyle spot likely being filled by 2018 National Champion Blake Pieroni, while 2017 World Champion Caeleb Dressel swims the butterfly leg of the medley relay.

If Adrian attends Worlds exclusively to swim the men’s 400 freestyle relay, then he will be finished on July 21st and will have 5 days to travel and acclimate to Peru before the Pan Am Games begin.

An American stalwart in the 50, Adrian will not swim that event at the 2019 World Championships either, where Team USA will instead be represented by young sprint icons Dressel and Michael Andrew, who claimed the silver and gold medals, respectively, at both the 2018 Phillips 66 National Championships and the 2018 Pan Pacific Championships.

14 hour time difference & about 21 hours of actual flight time with at least one stop and/or connection. Thankfully Nathan is Superman, but this is asking a lot.