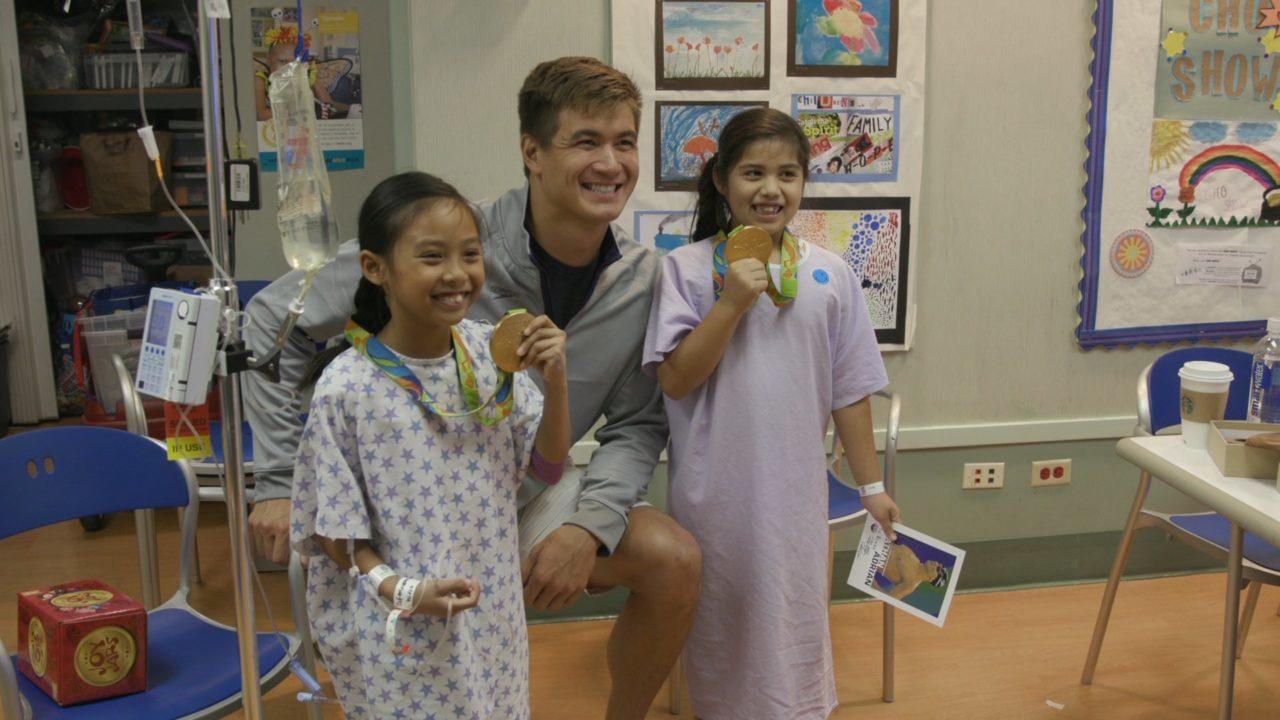 Adrian teamed up with the Jessie Rees Foundation for his visit and gave JoyJars to kids with cancer as a way to say, Never Ever Give Up (NEGU). In these JoyJars are crayons, coloring books, toy cars, beanies, deck of cards, stuffed animals, and other goodies to bring smiles, hope, and encouragement to kids battling cancer.

The Jessie Rees Foundation was founded in 2011, when 12-year-old Jessie Rees of the Mission Viejo Nadadores was diagnosed with an inoperable brain tumor. Jessie’s motto as she battled two brain tumors (DIPG) was to Never Ever Give Up or NEGU, which is also the motto of the foundation.

Jessie unfortunately passed away in January 2012, but her legacy lives on through her family and foundation.

Adrian isn’t the first Olympic swimmer to team up with the foundation. Kaitlin Sandeno is often traveling the country on behalf of the foundation handing out JoyJars to kids and encouraging them to NEGU. Other Olympic swimmers who have given JoyJars before are: Chloe Sutton, Maya DiRado, Molly Hannis, Melanie Margalis, Tyler Clary, Elizabeth Beisel, and Conor Dwyer.

Such a wonderful act of kindness and generosity. Gold medal human. Thank you Nathan!