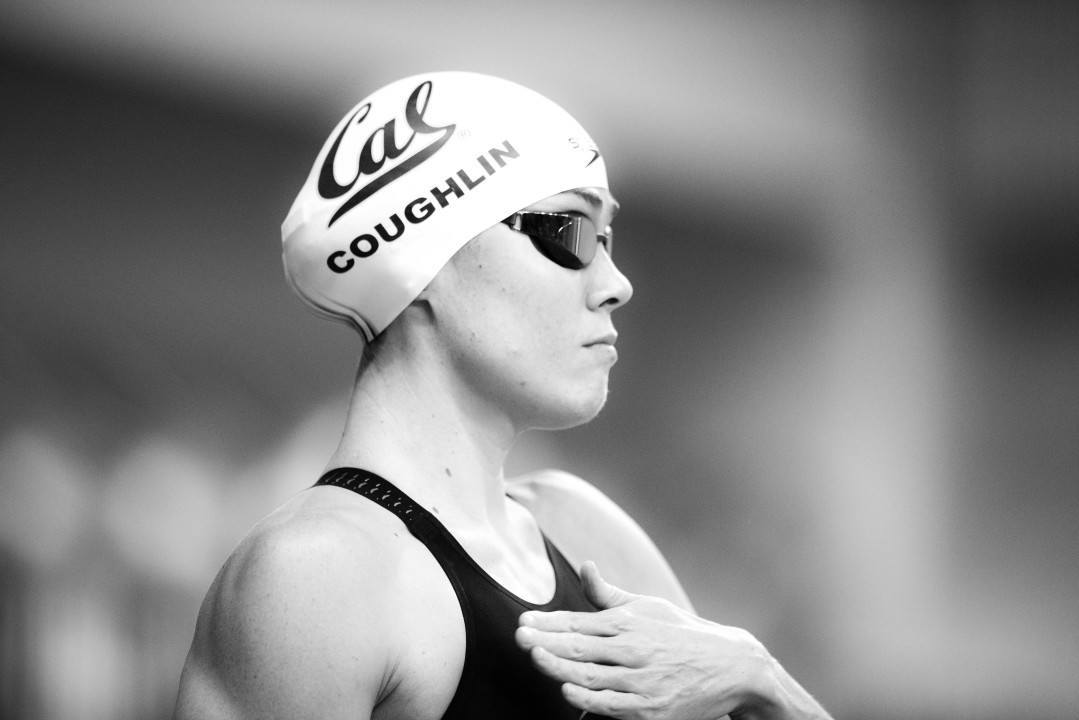 Natalie Coughlin is scheduled to make an appearance on the sports talk show Undeniable with Joe Buck on Tuesday, July 3rd, and the network has released a few clips in advance of the episode. She follows in the footsteps of her swimming peer Michael Phelps, who appeared on the show in its first season in 2015.

In the show, hosted on the Audience Network, Buck, who is a multi-time Emmy Award-winning sports commentator for Fox, interviews athletes from across the world of sports. The interviews often touch on deeper and more emotional subjects that the superficial levels of competition that is typical of television sports coverage.

Among the topics discussed by Coughlin are her struggle to fit in at Cal, where she had one of the most storied collegiate swimming careers in history; and talks of her childhood coach Ray Mitchell at the Terrapin Swim Team in Concord, California.

In the segment, below, regarding Mitchell, Coughlin accuses him of being harder on her than other swimmers, saying that she thinks Mitchell viewed her as “validating to his career.” Coughlin goes on to say that she and her fellow female teammates were often body-shamed by her former coach, being told they were overweight, or hearing her coach walk by swimmers and say “jiggle, jiggle, jiggle,” as a reference to their weights.

Mitchell, who has coached several other female national champions including Kate Dwelley, Lauren Rogers, and Laura Davis besides Coughlin, is still the Team Director at the Terrapin Swim Team. We have reached out to Mitchell for comment on Coughlin’s remarks, but as of posting have not heard back

The 35-year old Coughlin is one of the most decorated Olympians in history of sports. Her 12 medals (3 gold, 4 silver, 5 bronze) across 3 Olympic Games (2004-2012) rank her 17th all-time across all sports and 5th among swimmers (behind Phelps, Thompson, Lochte, and Torres). At just 19-years old, she became the first woman ever to break 1-minute in the 100 backstroke in long course meters, she’s the second female athlete in modern Olympic history to win 6 medals at one Games (2008), and she’s broken 13 World Records in 7 different events. Coughlin announced in June that she was pregnant with her first child.

See the other clips here:

I hope these swimmers coming out and shining light on these people encourages more people to do the same. The last thing we want is to turn into another USA Gymnastics scandal. Good for Natalie and others.

I think there is a very big difference between body shaming (which is mean) and being a serial predator and rapist of underage girls (which is extremely illegal, traumatizing and one of the most ****** up things a human can reasonably do.)

Obviously, yes. But the more people are empowered to speak up in any unjust situation, the better. They feed into one another.

There’s an incredible range in poor behaviors. No one is going to equate rape with body shaming, though both are wrong. Any time a person in a position of power abuses it there is a problem. The vast majority of these situations are he said/she said too.

Unfortunately, in this case, it is nothing like the gymnastics scandal. This is an inaccurate depiction of the events that occurred while she was swimming with the Terrapins. Please see my comment below for the truth about the various statements that she claims are body shaming.

Buck should shut up and let Natalie tell us in her own words what happened.