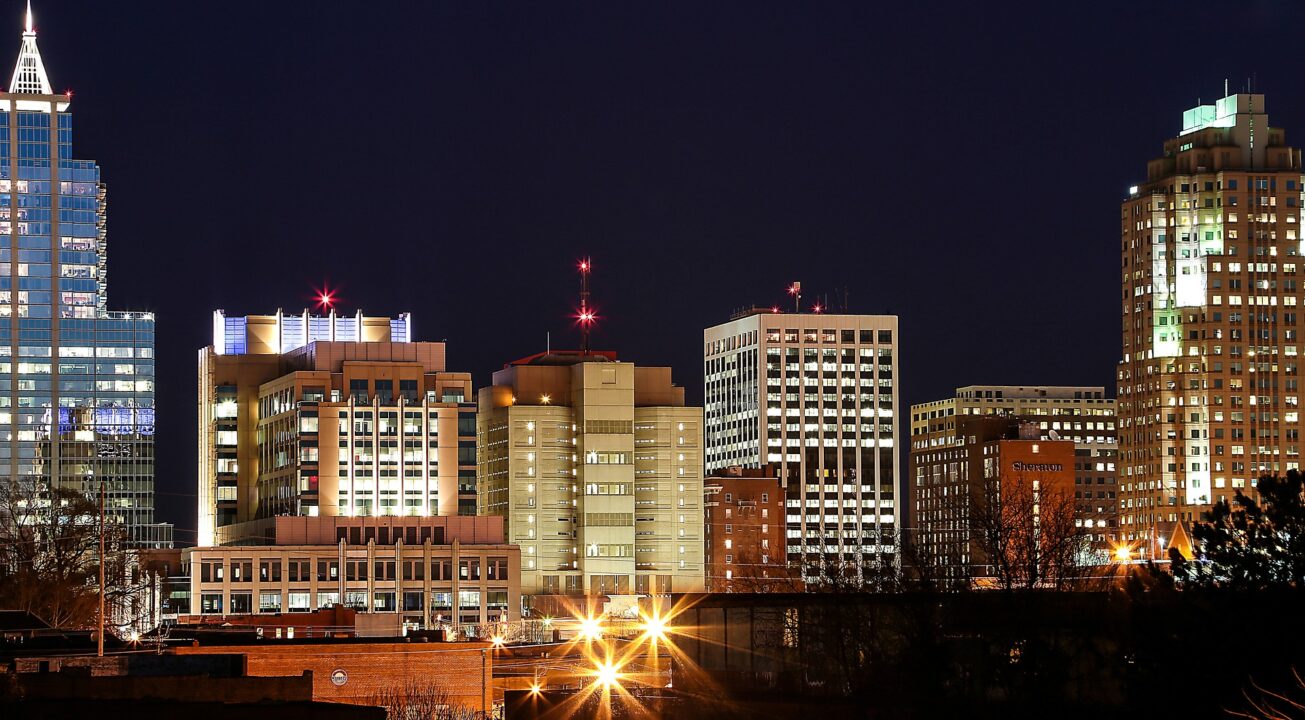 The Triangle Area of North Carolina, centered around Raleigh (above), squares off against the South Korean megacity of Chungcheong for the rights to host one of the world's largest sporting events.

FISU, the international governing body for world university sport, is expected to announce the winner of the bid to host the 2027 World University Games in two weeks time.

At the organization’s November 12 meeting of the executive board, the two finalists will make their last presentations. That will be followed by debate from the FISU Executive Board and a vote by the membership before the winners are announced.

The two finalists are the state of North Carolina in the USA and the megacity of Chungcheong, South Korea.

The battle comes down to two opposing forces. On the one side, North Carolina, and specifically the “Triangle Area” centered around Raleigh, offers an opportunity to tap into the rich American sporting market. That brings both opportunity and risk: the opportunity of tapping into an audience that has by-and-large ignored the event, but the risk of playing second fiddle to the American NCAA system, which dwarfs the scale of FISU. The NCAA did make overtures to increase cooperation of FISU in 2019, and this bid could be the culmination of that.

With the US set to host the 2023 Winter World University Games in Lake Placic, there could be a synergy to returning for the bigger summer games to come back four years later.

On the other side of the vote is the South Korea metropolis and a much more recent history of success. While the US hasn’t hosted either the summer or winter games since Buffalo in 1993, South Korea hosted as recently as 2015 in Gwangju. By all accounts a successful bid, the result gave the South Korean national finance minister enough confidence to formally support hosting again in 2027.

That includes two prior hostings in South Korea: Daegu 2003 and Gwangju 2015.

At the peak extravagance of hosting major international multi-sport events, that frequency could have worked against the Korean bid, as international sporting organizations had a drive to diversify the movement geographically.

More lately, though, security and certainty of hosting bids has grown in importance when these decisions are made.

The World University Games are, depending on the year, one of the three largest sporting events in the world by participants. The 12,885 participants in South Korea in 2015 is more than the Olympic Games (which are working to shrink participant counts) or Asian Games have ever drawn.

That creates a huge amount of local economic stimulus for the host, even without spectators in the mix.

USA Swimming wasn’t scheduled to send a team to the Chengdu World University Games in 2022, and hasn’t said anything to update that plan for 2023. That is sort of a flag for the general lack of commitment to the event by the US. Asian nations, and Russia, generally lead the medals tables at the World University Games. In 2019, the US was 4th. In 2017, the US was 5th, behind Japan, Chinese Taipei, South Korea, and Russia. That is not a position the US normally finds itself in at international multi-sport events, but is directly tied to the fact that the US does not send their best university athletes to this meet.

As a former club swimmer from the Triangle if I made a US WUGs team and had to go to TAC, I’d be devastated😂

Chungcheong is a megacity? I’m pretty sure it’s just a province in South Korea. Although, there’s a North Chungcheong and a South Chungcheong, so I’m not sure which one is the potential host.

Honestly thought that said North Korea, made me scratch me head

I’m glad there was good editing on the headline: it could have been mistakenly typed as “S. Carolina or N. Korea…”

If I was an athlete and this ended up in North Carolina, it’d be a major disappointment. Kind of boring…no offense.

Buffalo did an amazing job back in 1993. Made the trip up to western New York for it.

Our BBQ is better!