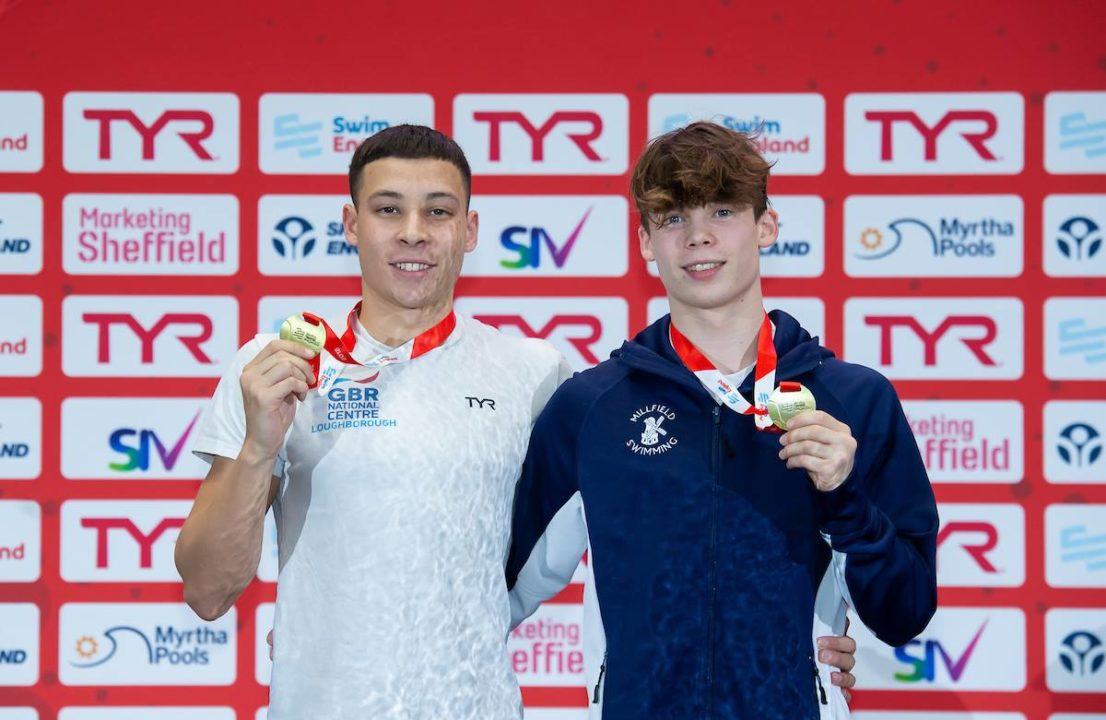 Millfield's William Ellington (right) is one of twenty English youth headed to Nice next month to race at the FFN Gold Tour Camille Muffat. Archive photo via SWpix/Swim England

The “Meeting International de Nice FFN Golden Tour Camille Muffat” will take place from Friday, February 7th through Sunday, February 9th at the Jean Bouin indoor pool in Nice. In addition to the elite international athletes that typically take part in the prestigious competition, there are 20 Swim England young aspiring stars headed to Nice to soak up some choice racing experience.

The young English swimmers are part of the nation’s Talent Program, which aims at supporting athletes to take greater ownership over their planning for race day and execution of their race plans, developing coachable swimmers, as well as encouraging fast swims in the morning to progress to finals.

This time around, Ellesmere College’s Pia Murray highlights the roster, with the Titan having recently committed to competing for the Florida State University Seminoles stateside.

Swim England Winter Nationals standout William Ellington of Millfield is also set to travel to Nice as part of the lineup.

Richard Blackshaw, former Stockport Metro head coach-turned-Swim England national talent officer, says of this year’s squad, “Being selected for the Swim England junior team to compete in Nice will provide the swimmers with valuable experience of competing abroad for their country.