Molly Hannis Returning to Eindhoven for ISL Finale, and Other Roster News 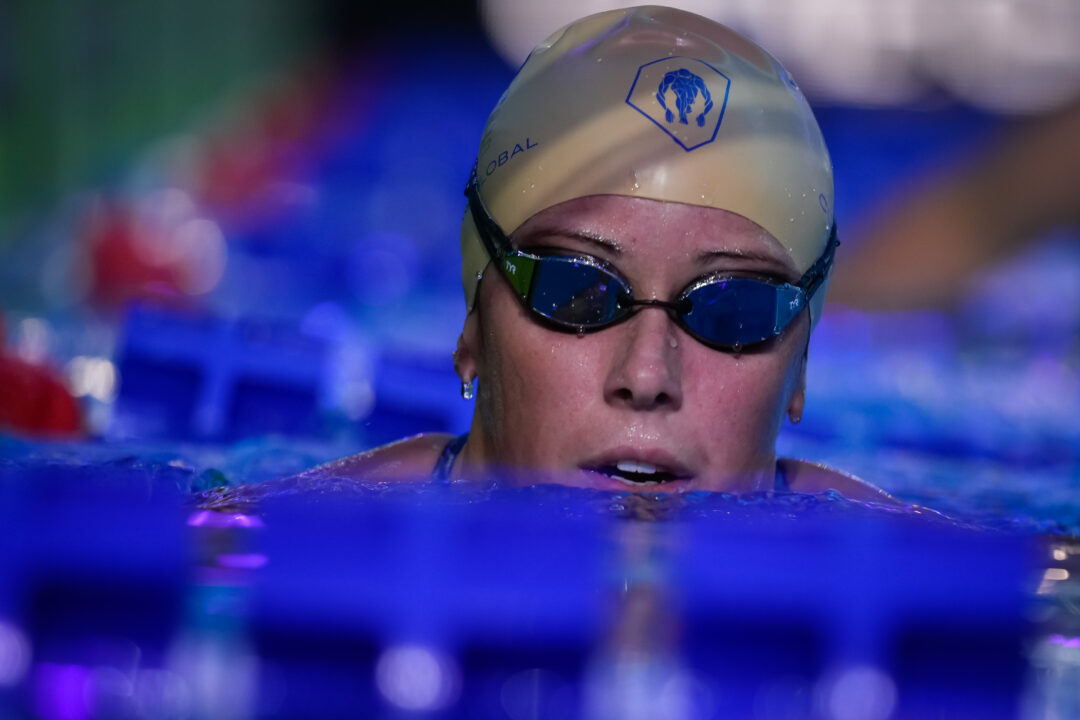 Molly Hannis missed the Cali Condors' last two playoff matches while attending her wedding, but is on her way back to Eindhoven on Monday to race the final. Archive photo via Mike Lewis/Ola Vista Photography

Molly Hannis is returning to Eindhoven, Netherlands on Monday ahead of the ISL finale that begins on Friday to decide the 2021 ISL Championship.

Hannis, who swims for the defending league champion Cali Condors, missed the team’s last two Playoff match over the weekend while getting married. The Condors were 2nd in one of those matches and won the other, which carries them into the finals as the top seed.

There they will face a big challenge from Energy Standard, the 2019 league champions.

Hannis, when paired with teammate Lilly King, gives the Condors the dominant women’s breaststroke group in the ISL. Hannis has averaged 17.1 points/match for the Condors, while King is averaging 46.4 points/match.

Hannis picked up her lone win of the season in Match #2, where she topped the 50 breaststroke.

As for the team’s other big name who missed the last round of the Playoffs, Caeleb Dressel, general manager Jason Lezak is optimistic that he’ll be available for the final.

While not naming Dressel specifically, Lezak said that “although we have several athletes currently not feeling 100%, that should not impact their participation in the finals. We have a few days to get everyone healthy, rested and ready to defend our title.”

Dressel missed Playoff #6 with what the team called a cold. He was on deck and in the team box with his teammates during Playoff #6, in spite of his illness.

As for their opponents from Energy Standard, head coach Tom Rushton was coy about naming names, but said that they “hope to have some ‘ringers’ arriving last minute” without naming who.

Rushton says that his team has had some illness too and that they’re finally on the recovery from that.

He did say that one of the team’s top swimmers Chad le Clos was fine after Playoff #5 and should be available for the finale. Le Clos missed a few matches this season (and some FINA World Cup stops) due to a lingering knee injury, but looked solid in his first playoff match last week. He finished that match ranked 14th in MVP scoring with 27.5 points, including runner-up finishes in the 100 fly and 200 fly.

Among the swimmers who were on the team’s playoff roster but didn’t race are Florent Manaudou, Simonas Bilis, Max Stupin, Benedetta Pilato, and Jessica Vall (who only missed the 3rd round of playoffs).

If Energy Standard were to get all of those swimmers back, they probably become the favorites – especially with Dressel not looking near his best the last time out. But without any full certainty about either team’s roster, we probably won’t be able to get a good read until the day 1 start lists are revealed 90 minutes prior to the final match.

I think the real ISL boycott would come from swimming fans who just won’t bother tuning in to this hot mess of a competition .. they need to go back to basics

I think it’s a great competition.
Everything has teething problems in the beginning. Each season has been an improvement.
Time for the teams to find additional sponsors

That last line kind of sounds like SwimSwam’s way of saying “We’re not getting enough info from ISL so we’re just not going to provide any hype or analysis before the final”. That’s understandable, but disappointing.

Well at least if the league folds next year, KG can be happy that his namesake team won 2/3 times.

Yeah this is like, beyond a joke at this point. Part of you has to wonder whether they’re deliberately tanking the league in the style of “The Producers”. They are doing so many things to actively make the league worse and turn people off from watching it.

I can’t imagine any other sport where athletes don’t announce whether they’re participating until 90 minutes before the match, but also just don’t even acknowledge the sport or their team at all on social media. Either the ISL has specifically told these swimmers not to talk about it, which would be totally bizarre, or a huge number of the swimmers have made it very clear they just don’t care. And when the big… Read more »

Any update on London or LA

I’m guessing they’re deliberately not even touching the Peaty conversation because it’s become quite heated in recent times.

Nah, we just don’t have any new information from London or LA.

We’re making the assumption that Peaty won’t swim at this point, until someone provides us with information to the contrary.

Swimming World got confirmation from Rob Woodhouse that he won’t be.

He really could have avoided this by saying a month ago “I will not be participating in ISL playoffs or final. Someone with integrity with would have done that instead of allowing the league to mislead people about his participation.

Molly Hannis? They must be in need of another butterflier 🙂

It’s legal no matter how much you complain, Don 🙂

Have you ever heard of Dolphinovich ? 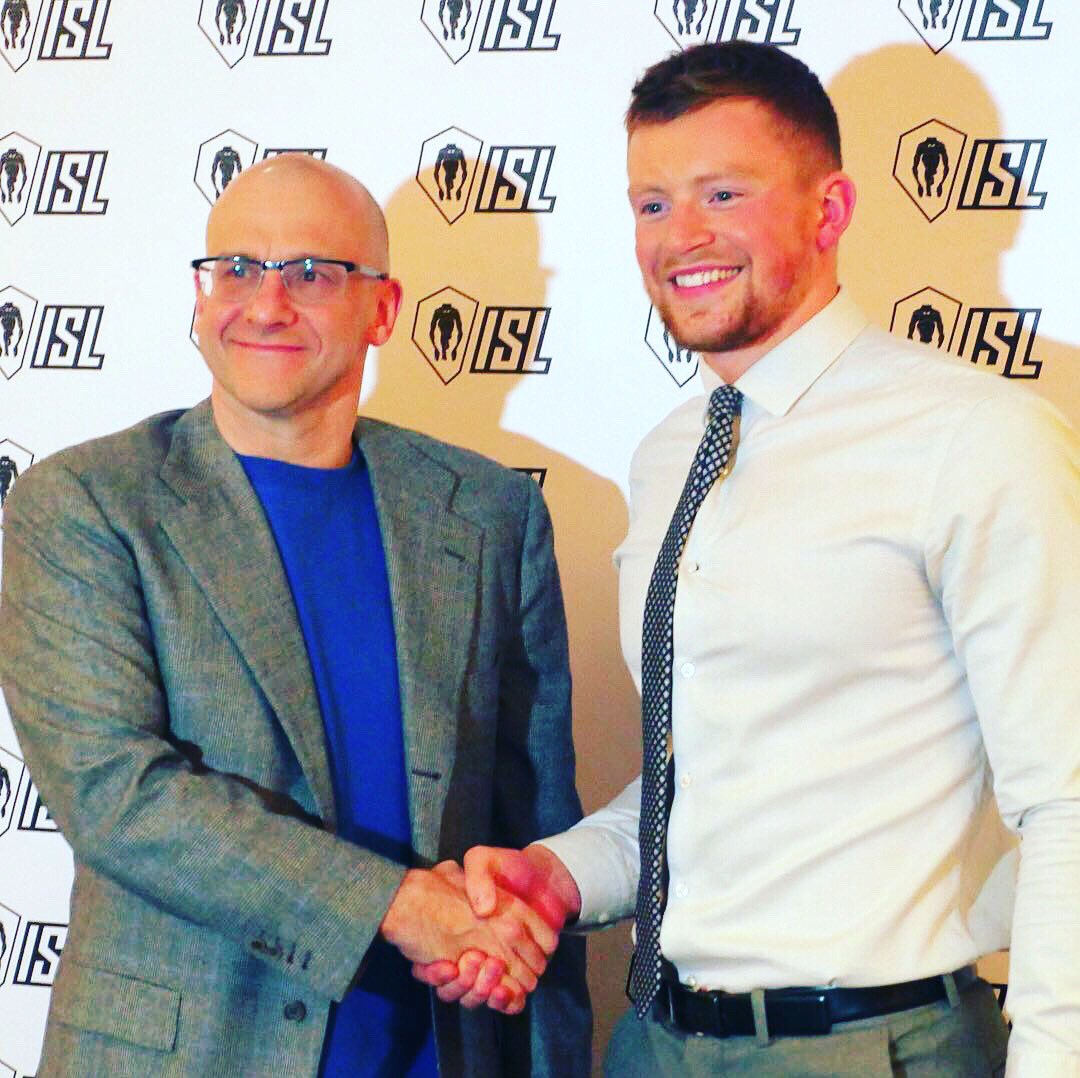 Peaty went from “I support the ISL because it will bring stability for the future of swimming for all those kids who dream about being swimmers” to “F the ISL, I’m not even going to acknowledge its existence” very quickly

I unfollowed him on everything already lol. How gracious of him to mention the team once, 2 days before the final. They should be pretty grateful.

EDIT: Just had a look. He literally just posted three photos of himself wearing the Roar gear. Even when he’s saying he won’t participate and good luck to the rest of the team the focus is 100% on himself 😂😂