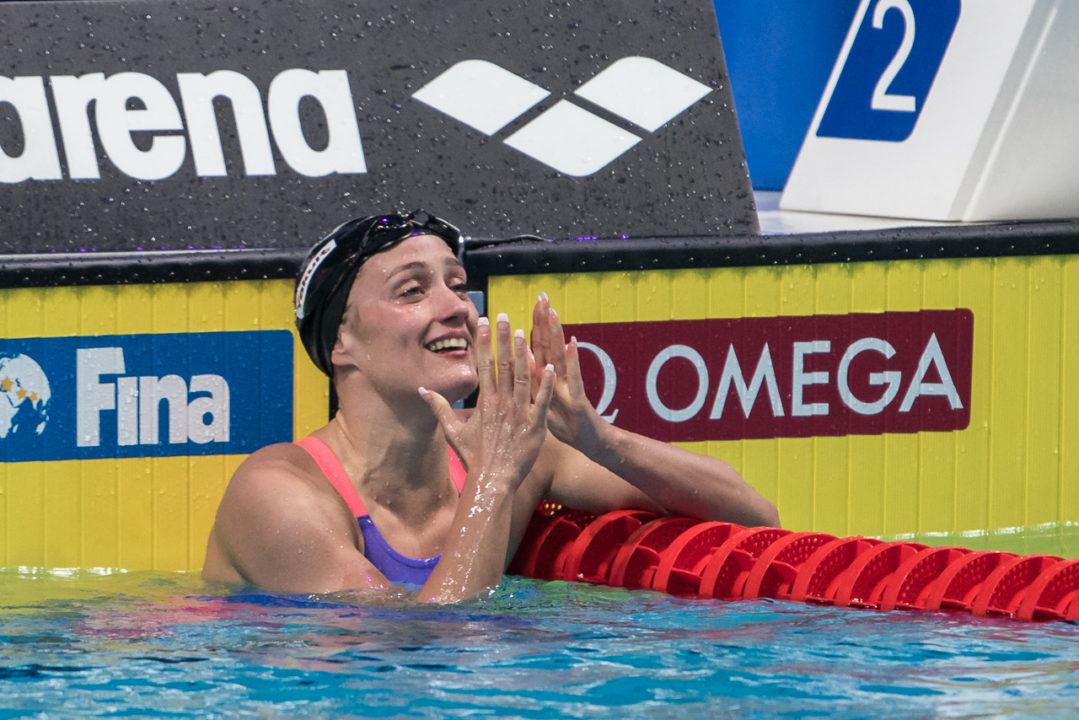 This will mark the first international meet with Spanish representation since the COVID-19 pandemic caused a lockdown in the nation. Archive photo via Peter Sukenik/www.petersukenik.com

The Royal Spanish Swimming Federation (RFEN) has announced the 33-strong roster that will head to Portugal next month. The roster is comprised of both junior and senior national team members, led by reigning Olympic champion Mireia Belmonte.

The squad will cross the border on the 12th of August and head to the southern coast of Portugal. The meet, slated to take place Aug. 14-16 at the Portuguese municipality of Loulé, will be swum in long-course meters (50-meter).

This will mark the first international meet with Spanish representation since the COVID-19 pandemic caused a lockdown in the nation. While as reported in the Spanish channel RFEN brought the remainder of the national season to a close, the Spanish national team’s plan is to send athletes to officiated events.

Per RFEN’s public announcement, the squad’s goal while in Portugal will be “to familiarize themselves with competition less than a year away from the slated -as of now- Tokyo Olympics in summer of 2021.”

Mireia Belmonte, who has been through two consecutive seasons filled with physical and personal complications forbidding her from performing at their best, had already celebrated a return to the pool a month ago following 9 weeks of confinement. Belmonte presented herself as one of Spain’s high-performance sports exponents most concerned with the hiatus.

The four-time Olympic medalist faces her fourth Games – which have been rescheduled for a year from now -, where she has already announced that she will try to race in as many events as possible.

Among the remaining selectées, other highlights include Jessica Vall (200-meter breaststroke bronze at the Kazan 2015 long-course World Championships) or Joan Lluis Pons, who finished fourth in the 400 IM during last summer’s long-course world championships in Gwangju, South Korea.