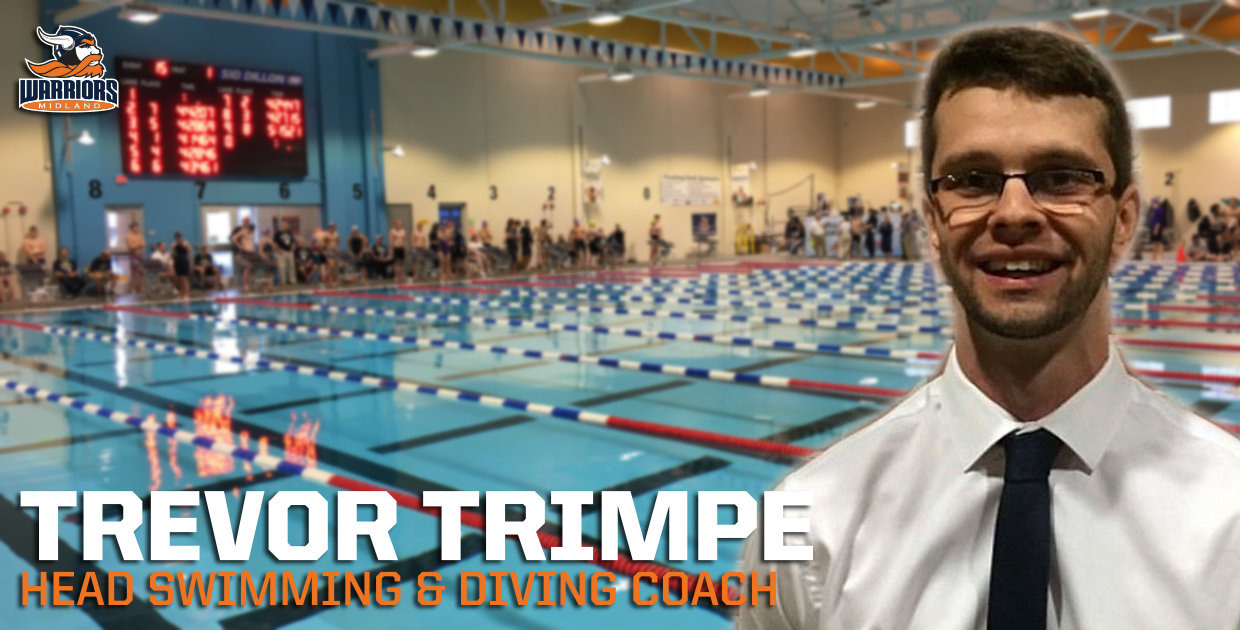 Trimpe joins the Warriors with a decade of coaching experience at the club, high school, and collegiate levels. Current photo via Midland Athletics

FREMONT, Neb. – Midland University is pleased to announce the hiring of Trevor Trimpe as its new swimming and diving head coach. Trimpe joins the Warriors with a decade of coaching experience at the club, high school, and collegiate levels. Most recently, he coached at Kokomo High School and at Howard County Aquatics in Indiana.

A native of the Hoosier State, he began swimming competitively at the age of seven, building a lifelong passion for the sport. After a successful high school career, he walked on to the swim team at Valparaiso University in 2008. During his freshman season, his hard work and dedication earned him a partial scholarship. He was a member of the Valpo Swim Team all four years of college and owns a top ten mark in three events (500-freestyle, 100-breaststroke, and 200-freestyle relay).

“We are excited to have Trevor join the Midland family,” said Courtney Thomsen, Midland Director of Athletics. “He will be a great leader for student-athletes with his work ethic and knowledge of the sport. We are excited to see the continued growth of our swim program under his leadership.”

Trimpe’s coaching career began at Norwich University where he served as an assistant coach for four seasons. While there, the Cadets broke 18 school records. In the fall of 2017, he was hired as the head swim coach at West Virginia Institute University Institute of Technology in Beckley, West Virginia. During his lone season with the Golden Bears, he saw three swimmers earn national runner-up finishes at the NAIA National Championships. In the classroom, his teams were honored as scholar teams as well.

“The combination of top-notch academics, a small school environment, and affiliation with the NAIA are the reasons why I wanted to become part of the student-athlete experience at Midland,” said Coach Trimpe. “Midland Swimming and Diving has had a quick rise to national prominence since the program began five years ago. We’re hoping to continue to improve on that quick rise by having relays and individuals finish in the Top 16 at NAIA Nationals. In addition, we hope to continue to compete for conference titles. Although our goal is to swim fast and dive well at the end of the season I also want our athletes to have fun and enjoy the camaraderie among teammates.”