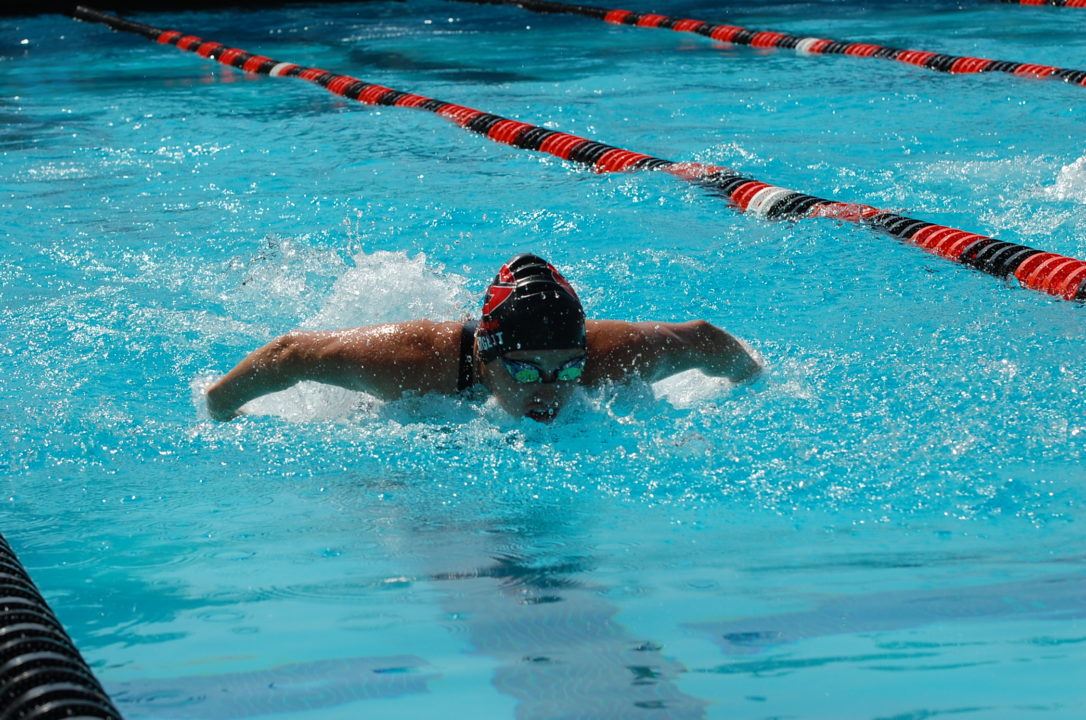 University of Michigan sophomore will be 1 of 4 Bolivian swimmers at the 2019 World Championships in Gwangju, South Korea. Archive photo via Anne Lepesant

The Bolivian Swimming Federation (FEBONA) has nominated a roster of 4 swimmers for the 2019 FINA World Aquatics Championships. Athletes were chosen based on the results of the National Interclubs Championships that concluded on April 30th.

While no Bolivians hit the requisite FINA “B” standards for the World Championships, FINA rules allow countries with no qualifiers to send up to 4 athletes (2 men and 2 women). Each swimmer is allowed to swim 2 events each (for a maximum of 1 swimmer per event).

Bolivia, in selecting its athletes, chose the 4 with the highest FINA points totals.

The only swimmer of the quartet to earn their top FINA points result in an Olympic event was Alexis Margett, who trains in the United States at the University of Michigan. Raised in California, the 20-year old swimmer was a top-20 recruit in the high school class of 2017 in the United States. She finished 9th in the 100 fly at this year’s Big Ten Championships (52.71) as a sophomore.

Torrez is the Bolivian Record holder in the 100 fly, set just last year, and Bolivia did not yet announce which of the two would get to swim the race at the World Championships.

The team will be coached by Maria Luisa Vanessa Mejia Loza.

The 2019 FINA World Aquatics Championships will run from July 12th-28th in Gwangju, South Korea. Bolivia has never had a finalist at a long course World Championship meet.