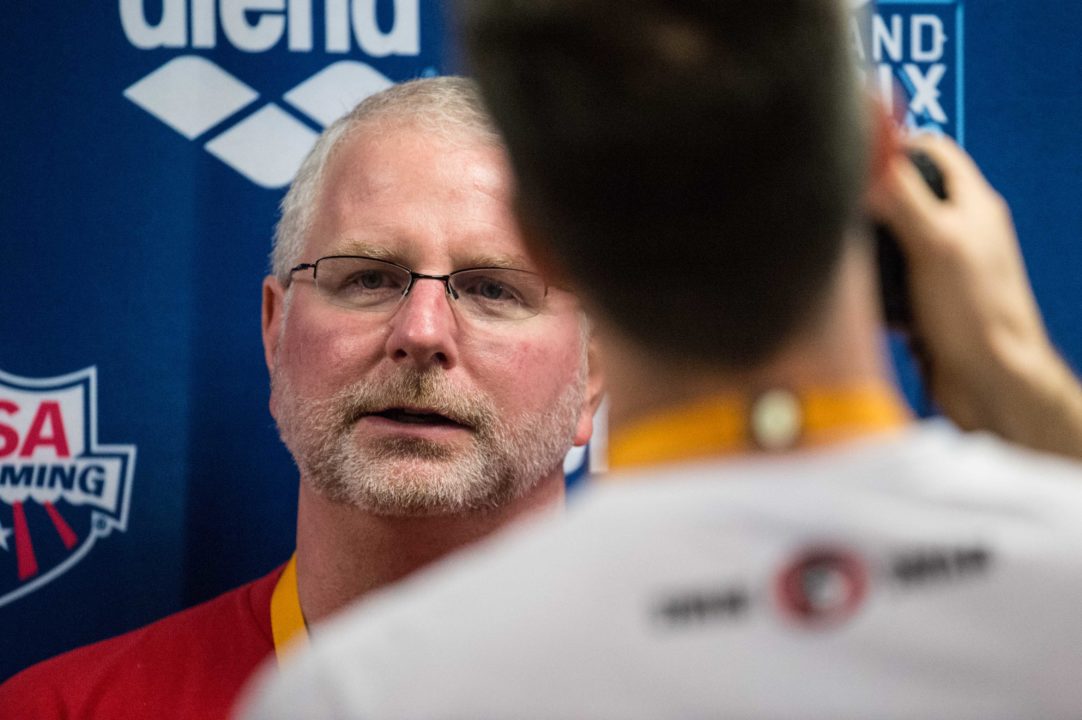 Bob Bowman recently told the AZ Central that he spent some time at Arizona State University on Friday while visiting the state for the Arena Pro Swim Series at Mesa. Arizona State recently announced that head coach Dorsey Tierney-Walker would not be retained for the 2015-2016 season and that a national search for his replacement is underway.

Bowman is best-known for coaching the most decorated Olympic Athlete in history, Michael Phelps, and also serves as the head coach of North Baltimore Aquatic Club in Maryland. His most recent stint as a coach in the NCAA was at the University of Michigan from 2005-2008.

According to the AZ Central:

“I just don’t know anything about it right now,” Bowman said. “It seems like there is a potential there. The pool has always been good, I’ve been there. At this point, I couldn’t make a really informed guess about it. I’ll talk to everybody who contacts me.”

Bowman would be a huge benefit for Arizona State swimming, but ASU could also be very beneficial for Bowman and his elite training group. The competition pool at the 2016 Olympic will be outside, which is setup we haven’t seen at the Olympic Games since Athens in 2004. It would make sense for Bowman to want to have his swimmers train in the same environment that they would be competing in at the 2016 Olympics. The Mona Plummer Aquatic Complex at ASU is a large facility that could facilitate the college team as well as Bowman’s post-grad training group, and gives them the benefit of outdoor training.

Ugh. We’ve seen this before.

Aren’t he and Phelps co-owners of the pool in N Baltimore and isn’t NBAC his club? He would just leave his business and all the athletes that are counting on his guidance leading into Olympic Trials? I’m sure they wouldn’t all be able to relocate to AZ!

Moreover, doesn’t NBAC have an outdoor LC pool? Seems like there are more straightforward and convenient ways to get an additional 6 months of outdoor pool time than relocating to AZ.

Bowman is a great coach, in fact one of the greatest coaches in the history of the sport! However, I don’t think college is for him. He was good at Michigan, but was not great (correct me if I’m wrong).