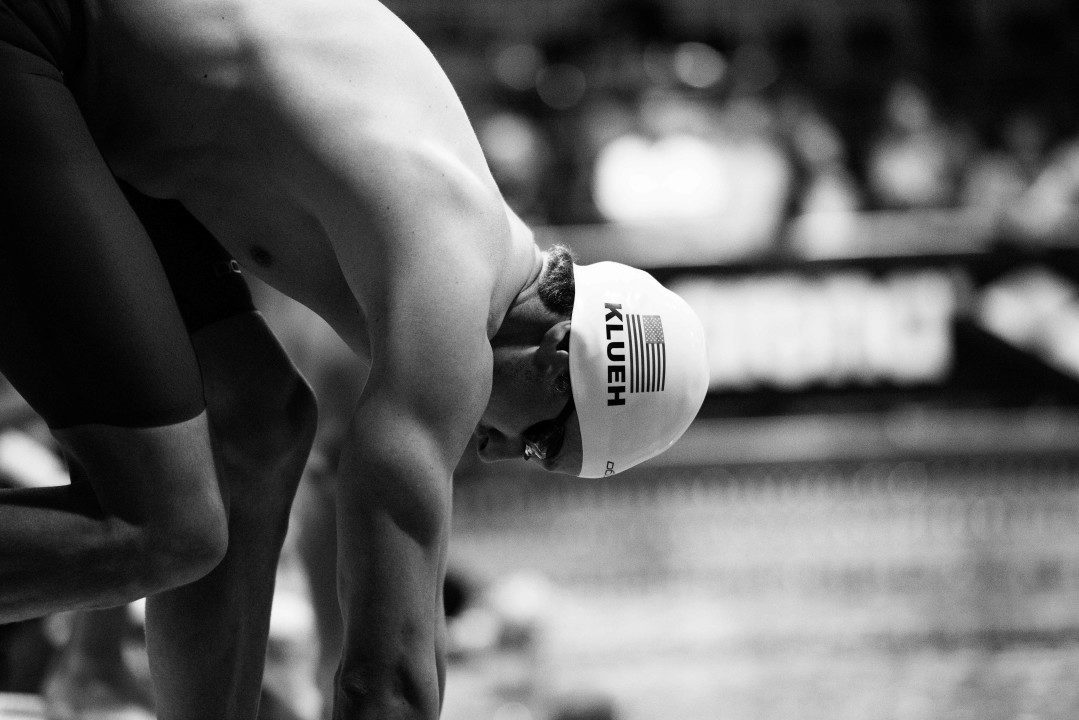 Former USA National Teamer and 2013 world champion Michael Klueh is putting his swimmer work ethic to task in his third year of medical school at the University of Michigan.

On the brink of choosing a surgical specialty, the former Texas Longhorn has 10 months before he applies to residency programs and spent the last year training in fields like surgery, internal medicine, obstetrics and gynecology, and family medicine and pediatrics. He hasn’t just been in the hospital, either; Klueh has spent time in community clinics, seeing patients from a variety of backgrounds with different “diseases and disorders.”

“I’m pretty sure that I want to do something surgical,” he told SwimSwam. “Just being in the OR is really exciting – for a patient to come to you with an issue and you as a surgical team take them to the OR and be able to hopefully either fix what’s wrong or help them get some symptomatic relief.”

“But in terms of what exactly I want to go into, I’m still deciding between a number of different fields over the next couple months. I get the opportunity to do electives in things like orthopedic surgery and ear, nose, and throat surgery, and plastic surgery, as well as some more of the bread and butter, general surgery specialties.”

On top of all that, Klueh is getting involved in the Ann Arbor community. He’s helping to organize the 92nd annual Tag Days fundraiser, which sends hundreds of Michigan med students out to the city’s streets for three days to collect donations for children’s charities in the area. The event has raised between $80,000 and $90,000/year over the past few years, and 100 percent of donation go to organizations like the Ronald McDonald house, ones that offer youth reading programs, or send children to hemophiliac camp, for example.

“At med school,  we work really hard to learn all these crazy facts and diagnoses, and what’s the next best step to managing a patient,” Klueh said. “But this really lets us help kids in our community, it really helps us give back to the people that we’re serving in a way that’s a little bit different than in our role as medical students. And ultimately that’s why most of us, if not all of us, went into medicine – to help people like this.”

And Klueh’s life is about to get even busier. He and wife Emily Brunemann, who’s also a former professional swimmer, are expecting a baby girl in May 2019.

So much to be thankful for this year! @EmilyBrunemann #itsagirl pic.twitter.com/gPOWuGb6kL

Luckily, his time as a busy elite swimmer prepared him to handle the challenge.

“I think every single day I rely so much on things that I learned [from swimming]. From managing my schedule to still being able to work hard when you’re physically or mentally tired. And then the ability to set long-term goals and be able to have steps along the way to get there,” Klueh said. “So it really kind of instills discipline, and that really lets you succeed, not just with me here in medicine – but I see all my friends and all their respective fields after swimming.”

Both Emily and Michael were great teammates for the brief time I had the privilege of swimming with them. They will make great parents and doctors someday soon.

Thank you SwimSwam for this update! I love to hear about swimmers doing well after their competitive career. Always reminds us that life is just beginning for these “retirees.”

Michael Klueh was so good, but I recall he had a funny pull with one of his arms in freestyle – it almost crossed under his body. Strange. Even with that flaw he is 10 times faster than I’ll ever be.