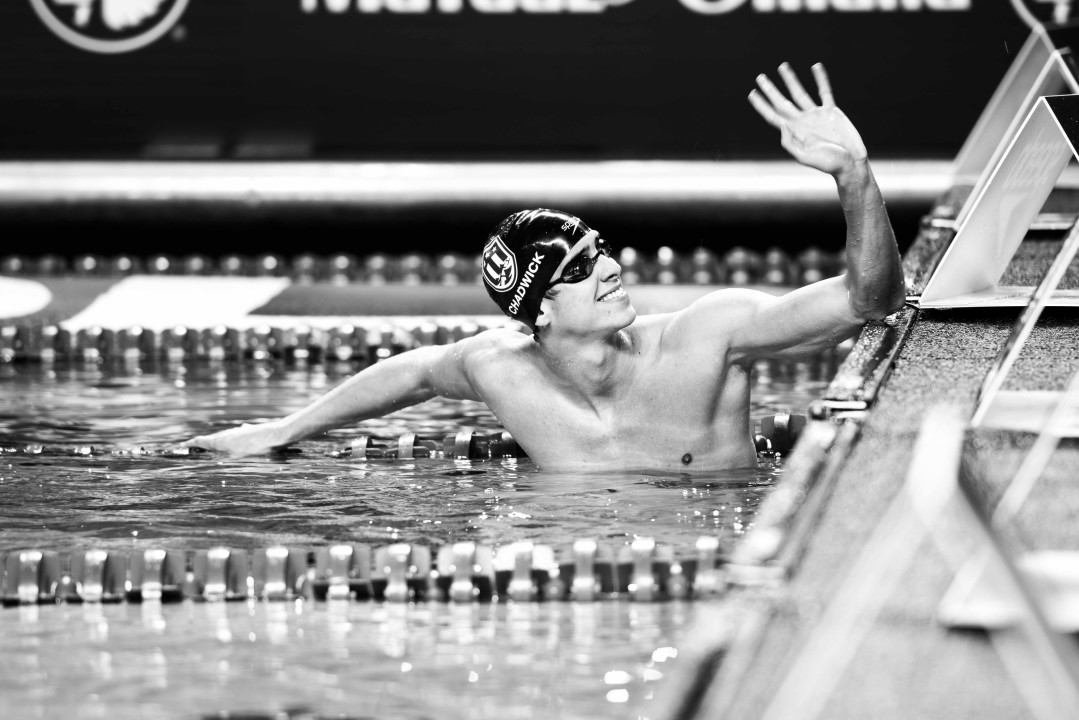 Good news for ISL Team Energy Standard as dynamic squad member Femke Heemskerk will soon be on her way to Budapest this week.

The fourth and final day of the 2017 Charlotte Ultraswim was a quick one, with the distance session starting at 9 and a second session at 11. The second session featured 100 freestyle prelims, followed by timed finals of the 400 IM, and then 100 free finals directly after. According to the timeline, 100m swimmers had about 70-80 minutes between prelims and finals.

The men’s 100 final saw Michael Chadwick blast his way to a new personal best time of 48.69, topping his 48.87 PB from 2015. Chadwick was out very fast in 23.11, and held strong coming home in 25.58. He now sits 21st in the world for the year, but is the 2nd fastest American behind only Nathan Adrian. Chadwick’s meet in Charlotte has been a huge success, as he also won the 50 free in a quick 22.22. With World Championship Trials right around the corner, he’s looking good.

Brazilian Matheus Santana finished as the runner-up to Chadwick in 50.77, while both Ryan Held and Justin Ress found themselves in the B-final. Held and Ress took prelims a bit too lightly, coming in at 52.67 and 52.77 for 14th and 16th overall. However, they showed up in the B-final, with Held clocking 49.69 and Ress right behind in 49.81.

Courtney Caldwell topped the women’s 100 free field in 55.11, with Israel’s Andrea Murez 2nd at 55.68. Caldwell had an overall solid meet, winning the 50 back and finishing runner-up in the 50 free last night.

The women’s 400 IM featured a close battle between Brazilian Joanna Maranhao and distance freestyler Leah Smith, as they finished 1-2 in 4:41.42 and 4:42.94 respectively. Maranhao and Smith were virtually even through 200m, until Maranhao pulled away on breaststroke and matched Smith on free (both split 1:01.9) to take the win.

Blake pieroni will be in the top 4.

I think Chadwick will be in top 4. Pieroni prelims swimmer.

We thought the same thing last year but then trials happened

Sweet. His 40.9 was a good indicator. All signs point to him being the fourth relay member.

Seems like it’s basically going to be just USA vs Russia competing for the gold in the 400 free relay this year. There’s no french relay, the Australians have nobody after Mcevoy, and the Brazilians didn’t perform well at their trials.

Russia went bad too.
Brazil aggregate is 0,5 faster than Australia and 1,0 faster than Russia. US gold Brazil silver and Russia bronze.

At trials I predict

Not Australia on Medley.. GBR (Mistake)

Obviously, without Chalmers and Magnussen Australia is out of contention for Budapest podium, but Jack Cartwright is already far more than “nobody”, and I think that he will become a top player come Tokyo2020. And also Louis Townsend is an interesting prospect.
Anyway, for Worlds2017 Usa strong favorite and for the medals’ fight keep an eye to Italy: Miressi and Vendrame are quickly emerging, Dotto will swim well at the end of July and if Orsi will regain his form..(and Magnini is still there, Izzo improving..)

I think Italy is the most dangerous team on that free relay …..for a minor medal .