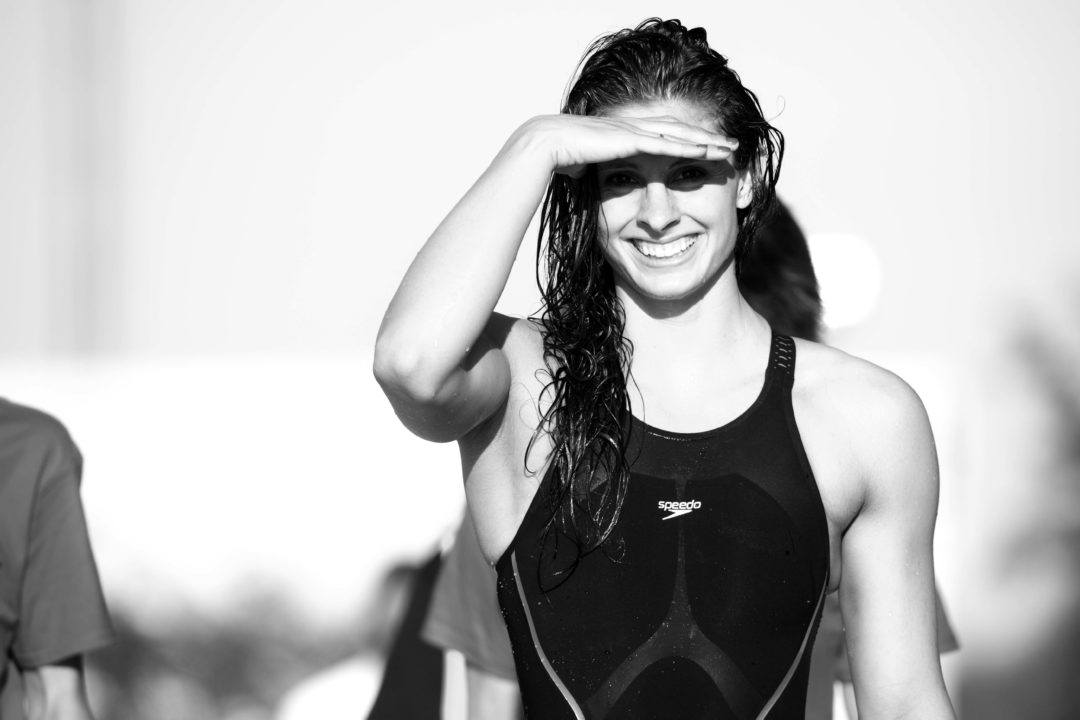 Katie Meili put up a pretty big swim at the Arena Pro Swim Series in Atlanta. Meili won the 200 breast over 100 meter Olympic Champion and the fastest 200 yard breaststroker in history Lilly King.

No US woman finished in the top 8 of the 200 breast in Rio. Coming into this year, Meili’s best time was 2:23.69. She is likely not fully tapered, but has already cleared that best.

At the 2015 World Championships in Kazan, the bronze medal was taken at 2:22.76. The highest ranking American was Micah Lawrence, who finished with a silver at 2:22.44. We may not know exactly what Meili can do right now fully tapered, but assuming that she isn’t fully tapered, what could we see in Budapest?

What Meili goes in the 100 breast this week will give us a much better idea of what she could go in July. Meili’s best time of 1:05.69 is fast, but could she better that this week? If she gets even close to it, she becomes a triple medal contender in the breaststrokes in Budapest.

Chase Kalisz also had a big swim this evening, going a best time in the 200 breast.