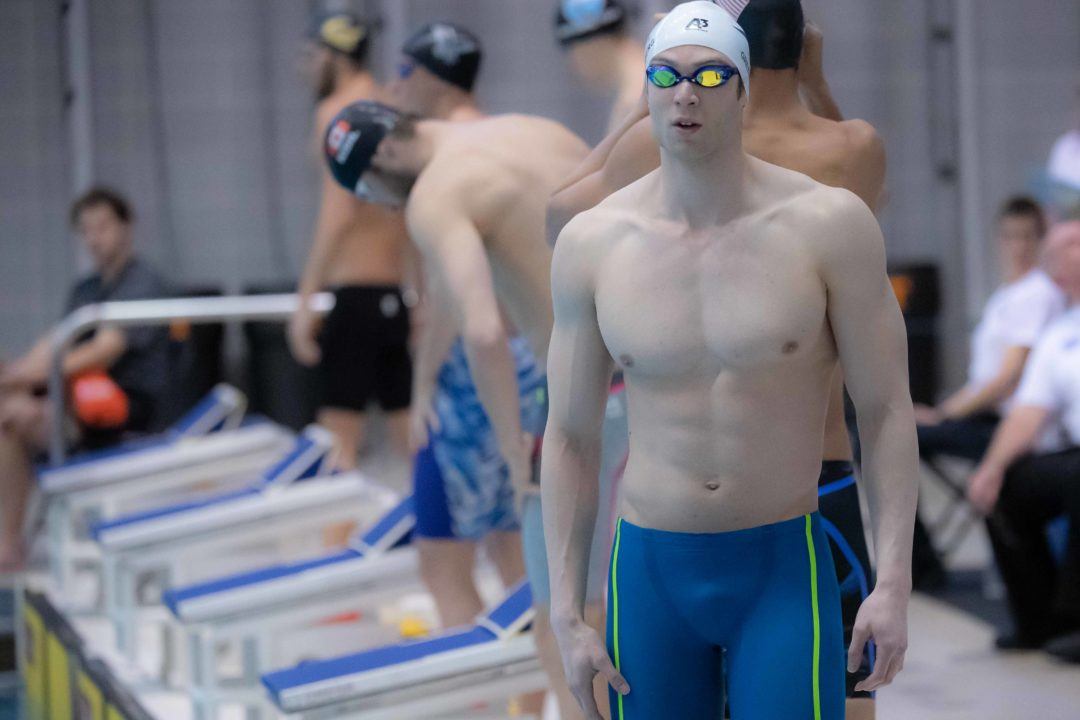 P2Life is excited to welcome Aaron Greenberg into the P2Life Athlete family, and we are proud to support him on his journey to 2020. Current photo via Mike Lewis/Ola Vista Photography

Chris RItter sat down with SwimSwam to announce the details of his FREE upcoming webinar on The Process of Dryland Training.

FINA has appointed Dale Neuberger to finish out the current term as FINA Treasurer. He is the sole candidate for the position next term as well.

P2Life is excited to welcome Aaron Greenberg into the P2Life Athlete family, and we are proud to support him on his journey to 2020. The three-time Ivy League Champion and two-time NCAA Qualifier at Yale University currently swims and competes under 2016 U.S Olympic Coach, David Marsh, for Team Elite of San Diego. Aaron has been incorporating P2Life products as part of his training for the past 6 years.

Aaron is a sprint freestyler with a repertoire of sterling accomplishments behind him and gold aspirations ahead. He has big dreams, two of them in fact. At age 24 the recent Yale graduate is leading a double professional life in New York. He spends 60 hours a week taking the bull by the horns on Wall Street, where he works in his position of sales and trading at one of the largest banks in the world. He then spends 20-25 hours per week training as a professional athlete. On weekends, when not training, he says he manages to make time to “do the normal kinds of things 23/24-year-olds do,” which for Aaron includes hanging out with friends and going to sports games, in particular, baseball and football games.

What does it take to lead a professional double life?

To accommodate his crazy schedule Aaron trains by himself in New York. Training, which in addition to the time in the pool, includes weights, yoga, and pilates. Straight after work, he heads over to the pool and trains for 2.5 – 3 hours, then heads home to make dinner and goes to bed (not before having a NutriBoost Shake) roughly an hour later. Rinse, and repeat.

“It takes a lot of self-motivation,” he admits, “but I have this goal in my head. I’ve blocked off the next two years to pursue my two dreams, one of being a professional athlete and the other of being on Wall Street.”

He advises that while the road to his dreams might be uncommon, succeeding comes down to the choices we make, and winning a tough mental game. “It’s very easy to say you can’t do something, it’s difficult to time manage and to tell yourself you can do something. And, it can be hard when you have people asking you, ‘how are you going to balance this?’ It takes a lot of passion and drive to tell yourself you can do something, and not give in to outside pressure. In life, you have to make a lot of choices. You have 24 hours in a day, eight of which you spend sleeping. That leaves you with 16 hours, and you have to utilize them well.”

Getting the right nutrition is crucial:

Time is not the only thing Aaron works hard at balancing, for him a balanced diet is the key to success. “Nutrition is one of the most important things, it’s also one of the things people let go about forget about the most. I take it very seriously. I focus on my nutrition in the days, weeks, and months leading up to a race.”

“It’s all about keeping your body at peak condition and having adequate supplementation to help. P2Life helps tremendously and I see it in my results.”

While not on what he would call a “typical diet”, Aaron refers to his 5,500-6,000 calorie diet an athlete diet. “It’s basically eating continuously, but I try to count, and I pay close attention to what I eat. I try to stay away from fried food, sugar, desserts and sodas.” With limited time to cook and meal prep, Aaron has scoped out some of the healthier restaurants in New York for breakfasts and lunches. Omelets, “one to two egg and cheese breakfast sandwiches, maybe three”, grilled chicken and avocado sandwiches, and sushi are all on his go-to menu. Typically for dinner, he has a pound of pasta with chicken or some kind of protein.

Regardless of what’s on the menu, Aaron has a NutriBoost Shake (chocolate) with cold milk both after training and right before bed. “My college career at Yale, and now my pro swimming career, have been largely successful because of how conscious I am about nutrition. This starts with P2Life products, which I have been taking since I was 18. P2Life makes the best protein powder (NutriBoost) and vitamins, designed specifically for swimmers.”

When pressured to disclose his favorite junk food, he admitted if he had to give in, it would be a Reese’s Peanut Butter Cup.

Aaron’s secret to success? Fuel your body correctly, and get your mind into the game:

“You’re only as good as your next race. It doesn’t matter if the previous race was really good or really bad because if you keep thinking about it you won’t be fully prepared to do your best for the next race.”

Aaron treats every race the same, for him each race is a championship, and he makes it a practice to get into the zone regardless of where he’s competing. “Swimming is 90% mental. That’s not to say that you don’t need to train, it’s that you can win or lose a race based on your mental state.” Like Michael Phelps, Aaron has a pre-race routine, which he says he does in exactly the same every time, from his stretching routine to the way he puts on his cap and goggles to how he approaches the block. “I even have the same quirks, I clap three times on the blocks and swing my arms back and forth.” While he admits to being a bit of a superstitious person, this routine is all part of his training. “You teach your mind that when you do these things, you’re in race mode. In a way, it’s kind of like tricking my mind.” For him that 100% focus makes all the difference.

Since the age of five Aaron has been an avid swimmer. He admits to frequently telling his coaches when he was a kid that he was going to be in the Olympics, but it wasn’t until sophomore year as a Bulldog at Yale that he admitted to himself that going to the Olympics was his dream. After his sophomore year Aaron took a year off to train in Israel, where as a dual-citizen, he prepared to go after the 2016 Olympics for the Israeli team. One week before the trials he contracted pneumonia and was unable to compete. “Toward the end of my college career, I decided I have a lot more to give in the pool.”

With his sights on Tokyo 2020, Aaron says this is made possible by his incredible support team, which includes his swim coach, David Marsh, his Yale weight coach and the assistant coaches. He is still actively involved in swimming with his alma mater and makes monthly/bi-monthly trips to train there. “I have a very close relationship with the coaches there. It’s been a mutual relationship all through post-grad.”

“P2Life is thrilled to be part of Aaron’s support team. We’ve been a part of his nutrition and recovery team for 6 years, and are proud to welcome him to the P2Life Athlete Family, and support him on his way to achieving all that he aspires to,” said Michael Shead, President of P2Life.

P2Life is family owned, performance-based, nutritional supplement company that was designed for swimmers, by swimmers, to protect health and promote performance. P2Life takes great care in ensuring that every batch of their performance line is tested to be free of banned and illegal substances. Even though P2Life products were the preferred choice for over 40% of the USA Men’s Olympic Swim team during the London Olympics, it is not just for Olympians. It is also the preferred choice for the top high school, collegiate and masters swimmers across the globe.

P2Life was founded by Tim Shead, a Masters Swimming Hall of Fame Inductee and 42x World Record Holder, and co-founded by Michael Shead, who was a national water polo player. Tim’s expertise in swimming and years of experience and knowledge working with nutritional products, combined with Michael’s love of innovation and technical background, has enabled the P2Life team to create a technologically savvy company that is dedicated to furthering athletic potential. P2Life has a strong e-commerce platform, which allows them to spend less time and funds on retail stores, and dedicate more time to the swimming community.

P2Life is a SwimSwam partner.